THE BEAUTIFUL RUINS OF AN ANCIENT CITY DEDICATED TO LOVE

The ruins of the ancient city of Antigonea are a beautiful reminder to visitors of the importance of location, power, and love in the establishment of settlements during classical antiquity.

Monuments built to commemorate love are some of the most stunning in the world. India’s mesmerizing Taj Mahal being one of the most famous examples! In Albania, you can find not only a monument, but the ruins of an entire city dedicated to the love of King Pyrrhus of Epirus. This ancient king founded Antigonea in 295 B.C., and named it in honour of his first beloved wife.

Antigonea is located only 14 km to the east of Gjirokastër, near the village of Saraqinishtë in the Drino valley. The Archaeological Park enables visitors to take a closer look at the history of this ancient city. Despite its short-lived prosperous period (3rd-2nd century B.C.), the city was an important political, cultural, and economic centre for the region. However, the city was destroyed by Roman soldiers in 168 B.C. within a short, and extremely violent period in the greater region. 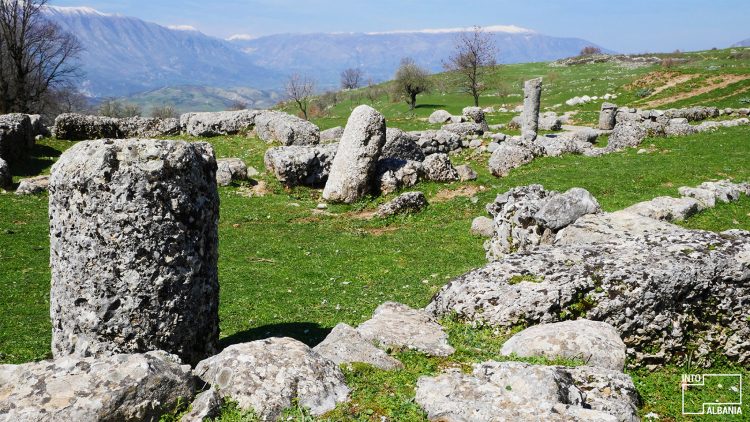 A significant part of the city’s wall fortification has remained intact over the years. This reveals the magnificent fortress the city once had. The ruins of Nimfeum along with the columns, promenade, beautiful peristyle flats, and many other public facilities faithfully convey the atmosphere of antiquity, instantly transporting visitors to another world. A must-see in Antigonea is the Paleo-Christian mosaic! This particular mosaic serves as an historical bridge between Christianity and the later stages of European history. There are several old churches near Antigonea, as well, that are well-worth visiting, particularly the Church of St. Koll, built in 1680. 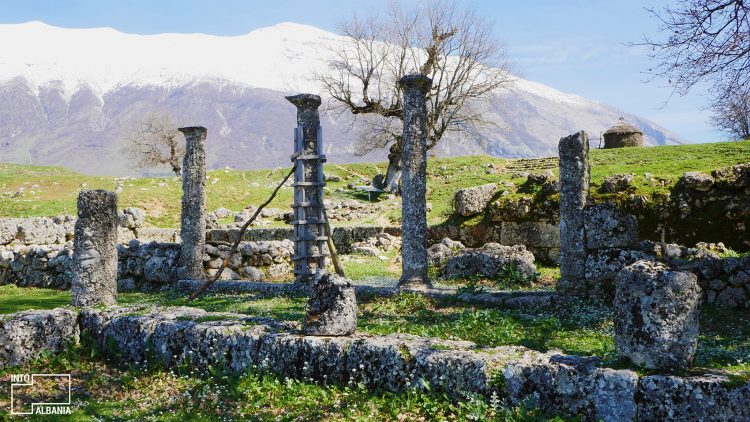 As you approach the ruins of this ancient city, you will notice its dominant position over the entire valley. Here, you can fully absorb the spectacular view of the mountains and the incredible surrounding nature. But this journey through history does not end at Antigonea. Along the entire Drino Valley you will find the ruins of 15 ancient urban centres. The most prominent ones being those of Hadrianopolis. 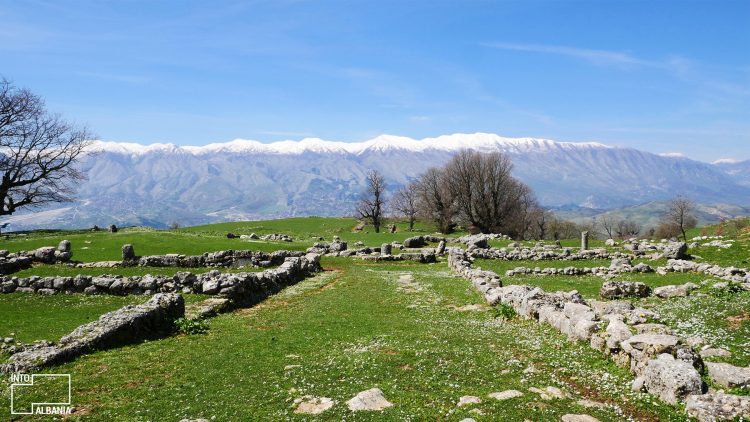 Click here for the official booklet and map of the Antigonea Park.