Caves of Puka - Into Albania

Among countless other natural wonders, Puka is well-known for the more than 50 caves punctuating its beautiful landscape.

Whether found near residential areas or out further into the wild landscape of this stunning northern region, there are plenty of caves here to discover for the avid explorer. These caves are sites of ancient history and prehistoric settlements, historic shelters and legendary safe places. Some of the most stunning caves on this particular tour are Fairies’ Cave and Kaurri’s Cave, among many others. Find our list of the top caves to visit in Puka, below.

Situated only 40 km from the city, on Mount Kollata of Lëvrushk Village, this is one of the most popular destinations among Puka’s best guides. Although part of the spectacular and famous Koman Lake, Kaurri’s Cave was not known among the local population for quite a long time. Its karstic splendor boasts stalagmites and stalactites and lime formations from the prehistoric Triassic-Jurassic age of hundreds of millions of years ago. What makes this particular site ideal for prehistory and history buffs are its close ties to the history of the Koman culture and civilization. Legend has it that several monks selected this site in order to live in full isolation, detached from society. This legend explains the name of the cave: “Kaurr” is how one refers to a devout Christian in the northern dialect of Albanian. 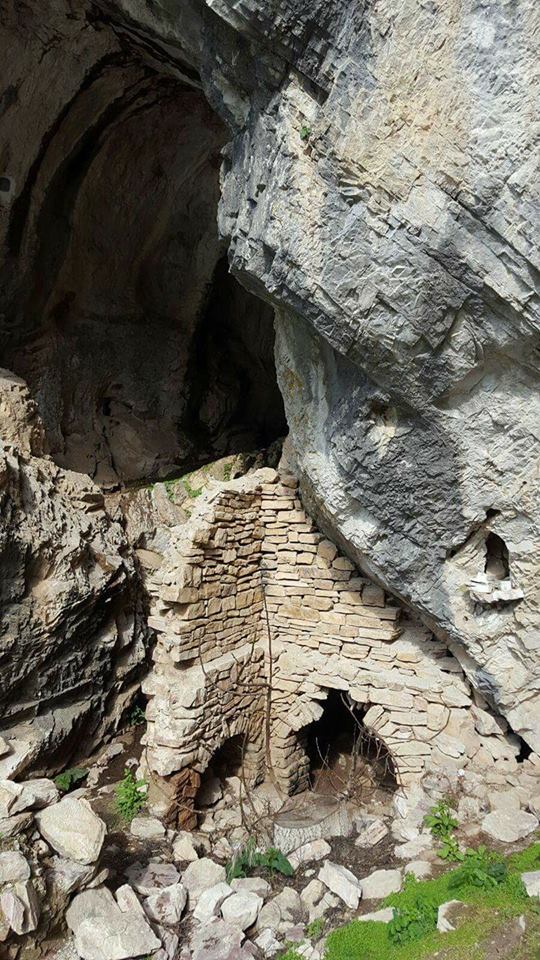 Located in Ukth Village, Kolike Cave is a very lengthy karstic cave. No less impressive than the others, countless legends are told about this cave, as well. Among the caves in Puka, it still remains relatively unexplored. The beautifully untouched site is situated near another stunning part of the region’s landscape, the Lesë Pass. This idyllic mountainside boasts a rare kind of beauty, bucolic sites and natural springs. 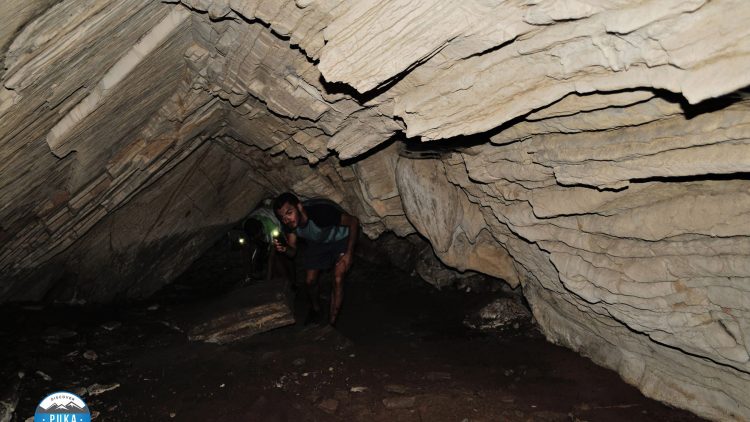 Shqeli Cave represents the primary natural element that renders this location an ideal spot for a fortress, the Shqeli fortress, built by the Roman Empire during the 2-5 centuries. This cave is located 12 km southwest of the city of Puka and is characterized by the density of forests typical of these mountains, deep valleys and narrow gorges, all of which make this spot an unmissable one in the Shkodra-Puka-Dardani route.

Fairies’ Cliff is located northeast of Qerret Village, at an altitude of 680 meters above sea level. Alongside the rock, there is a cave, mill and mriz (specifically, a shaded place where farm animals rest) of the same name, all beautiful and must-sees. Inside, in addition to the typical noises of groundwater, one seems to hear the echo of the fairies that are thought to inhabit this cliff, hence its name “Fairy Mill.” 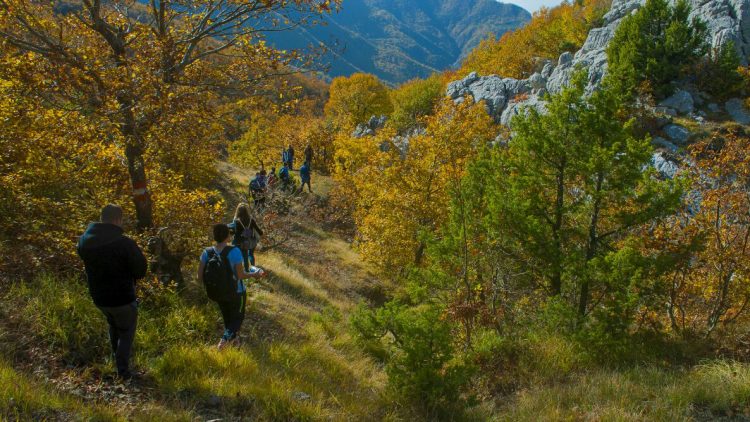 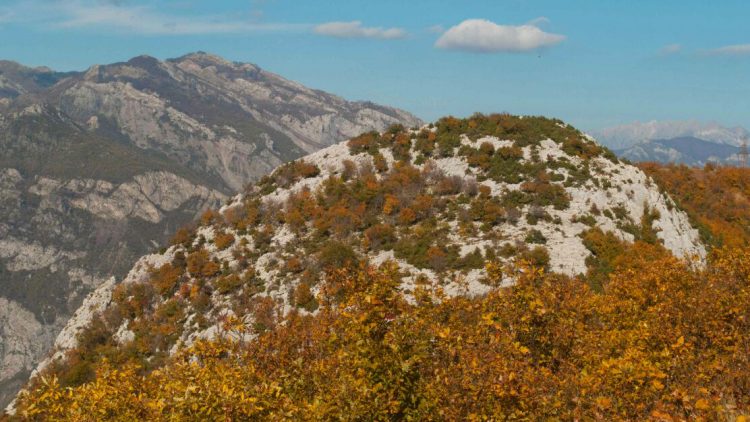 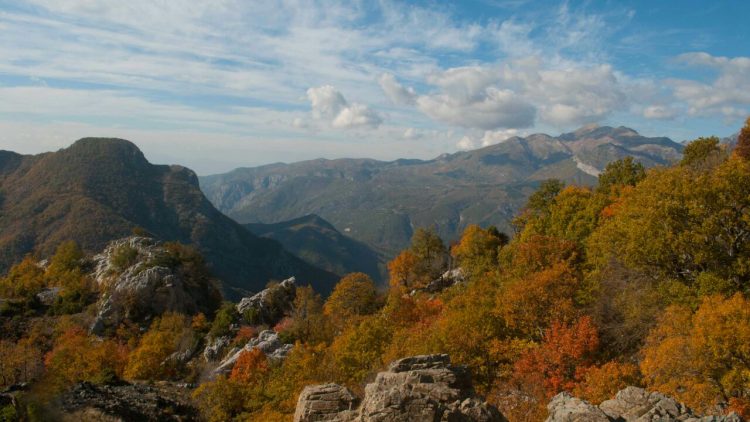 Situated near Shkozë Village, the road that takes you to the Nymphs’ Cave is easy to follow. The cave is relatively small but exceptionally beautiful. The only one of its kind in Albania. The natural springs that flow from the cave create incredible formations which must be admired up close. To properly explore the cave, you must be slightly experienced and equipped with a protective helmet, a flashlight and ropes. 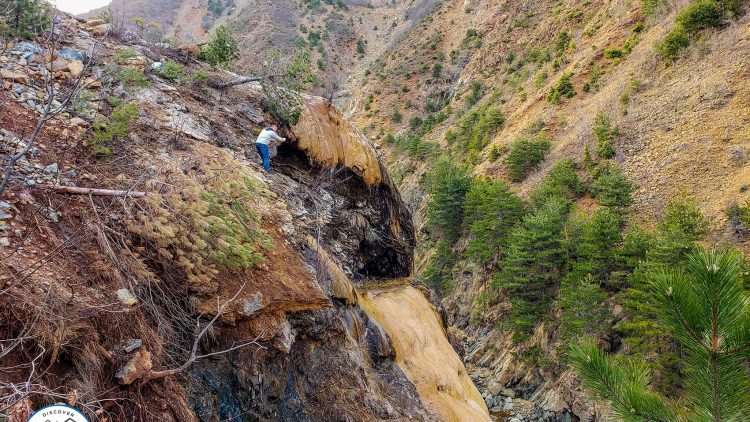 Otherwise called the “golden mushroom” by locals, the cave is surrounded by a golden landscape, punctuated with green. The surrounding panoramas and the thermal waters make this health-promoting retreat a requested destination among visitors. Believed to be a place inhabited by mythological figures, this cave was the site of pilgrimage until the 1960s. Among the locals, this cave is not only considered to be a sacred site but a highly curative one, as well. 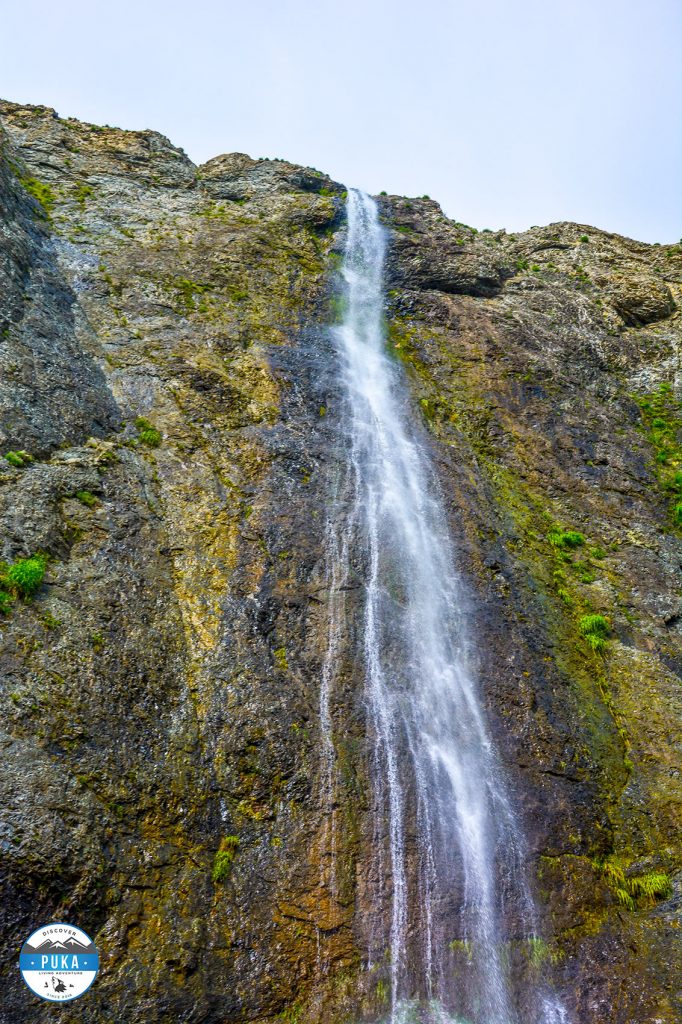 The waterfall near Nymphs’ Cave. Photo by Enklajd Zeneli.