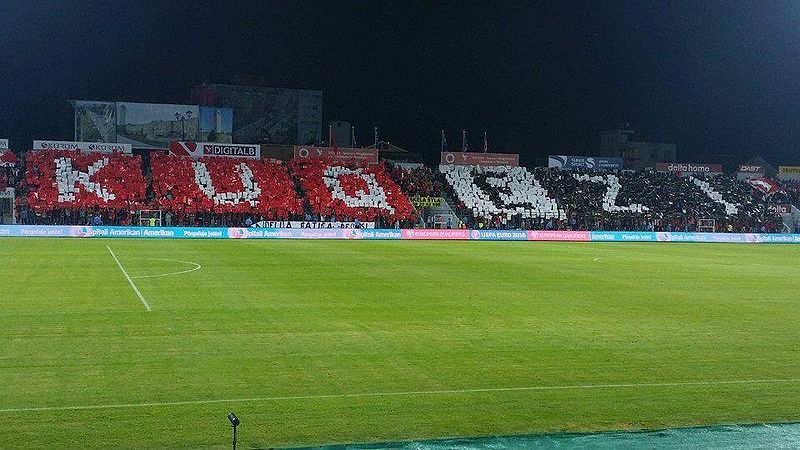 The rather new international football stadium in Elbasan has invigorated the atmosphere of this small historic town.

Elbasan Arena is one of the two largest UEFA-certified stadiums in Albania. For a few years now, this stadium has been home to one of the most globally loved sports, football (soccer), and has seen thousands of international and local fans flow through its gates. This attractive construction has become a touristic site, lending the entire city of Elbasan a new vibrancy that is especially felt on game nights! Located along the city’s main boulevard, Elbasan Arena is very easy to find. 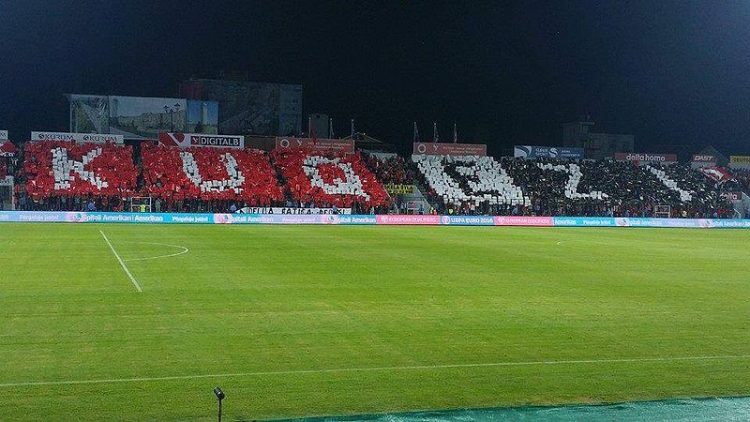 Elbasan Arena seats as many as 12,500 people and its field is covered entirely in natural grass. Surrounded the grass field are six lanes of a tartan running track of the highest quality. Equipped according to the highest standards in sports, the arena includes media and VIP areas, emergency exits, resting areas, entrances for the disabled, as well as a high-tech lighting system, among other things. This well-designed stadium allows for optimal televised transmissions of all the sports events that are carried on within its space. Something very specific about the architecture of this arena is revealed as soon as you enter its main gates: the Albanian national symbol, a double-headed eagle, formed by the design of the seats.

Elbasan Arena is the contemporary redesign and enlargement of the old stadium of Elbasan, the latter having been first opened in 1960. At that time, the stadium was mostly used for local sports events as well as for the training of athletes. Since 2014, however, the arena became international and has welcomed the 2018 World Cup-winning team of France as well as the likes of Cristiano Ronaldo and other phenomenal players. As such, in a few short years, Elbasan Arena has become the city’s new center for spectacular shows and entertainment.

As it suits any great sports arena, this one is surrounded by a vibrant area of bars and restaurants, as well, which make the experience of a sports event more complete. There are plenty of spaces where you can spend a few pleasant hours pre or post-game. Elbasan is quite famous for its cuisine as well as many fascinating sites and abundant natural beauty so this definitely presents an ideal opportunity to enjoy all of it.

Lakes of Dumrea: Discover the Wonderful Lakes near Elbasan