A Well-Told Story of Lifestyle and Tradition

Located in the center of the city, not far from the Castle of Elbasan, this museum is housed in a traditional two-story 18th century house that tells of the culture, folklore and lifestyle in this medieval city.

The museum that recounts the story of Elbasan’s culture and lifestyle is housed inside one of the city’s most traditional houses. Located at the heart of Elbasan, this 200-year-old house and represents one of the most typical post-medieval Albanian houses. The museum shows, in great detail, the culture and folklore of Middle Albania, the craftsmanship of the time, the everyday life of the city and its suburbs, and the main tools of the trade in Elbasan throughout the years. 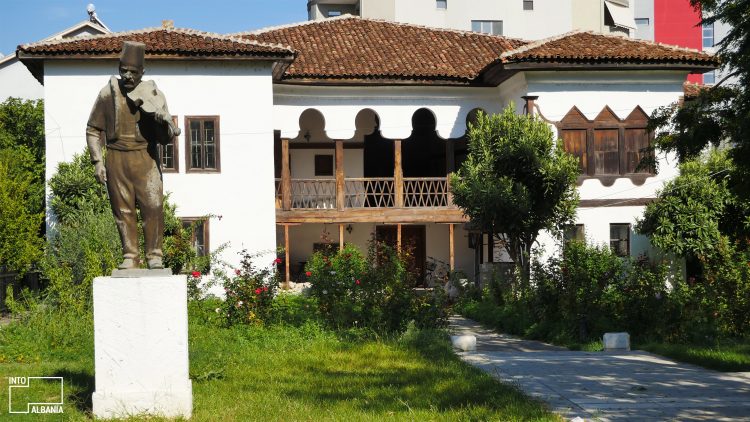 For both international and local visitors, the work of the artisans of felt, qeleshe (the white fez-like cap), and opinga (traditional leather shoes) as well as the saddlers, bell-makers, gunsmiths, carpenters, goldsmiths, and jewelers gives a wonderful overview of the region’s cultural trends and influences throughout the years. Especially impressive are the primitive oil grinders and the tombstone of Mark Sabiti.  The latter, ethnographers believe, shows the former location of Elbasan (Skampis)!

Each space in this two-story building served a specific function. The first (ground) floor was once used as storage of farm products, which provided the main sustenance for the family. In this floor, you will find, arranged in traditional Elbasan style and furniture, the interior corridor as well as the chambers of wool and metal works. The second floor was typically where the family resided. This space now exposes how the men’s and women’s rooms looked centuries ago.

A distinguishing element of this quaint two-story house is its very large balcony, paved and framed by wood. In Albanian folk language, this specific structure is known as çardak. Once upon a time, during the summer months, this space was reserved for guests. At other times, it became the main gathering spot for the men of the house, a place where they would sit and hold discussions about events in the city and their family.

One of the most attractive spaces in the entire museum is undoubtedly the beautifully arranged and decorated bride’s room, as it represents one of the most significant events in the life of Albanian families. As part of a marriage, the bride was given away to the groom and the groom’s family along with many intricately decorated gifts and useful objects. This array of bridal decorations represented the bride’s contribution to her new residence and was called paja. Fmaily members inherit these objects throughout generations and, thus, they have fascinating stories behind them!