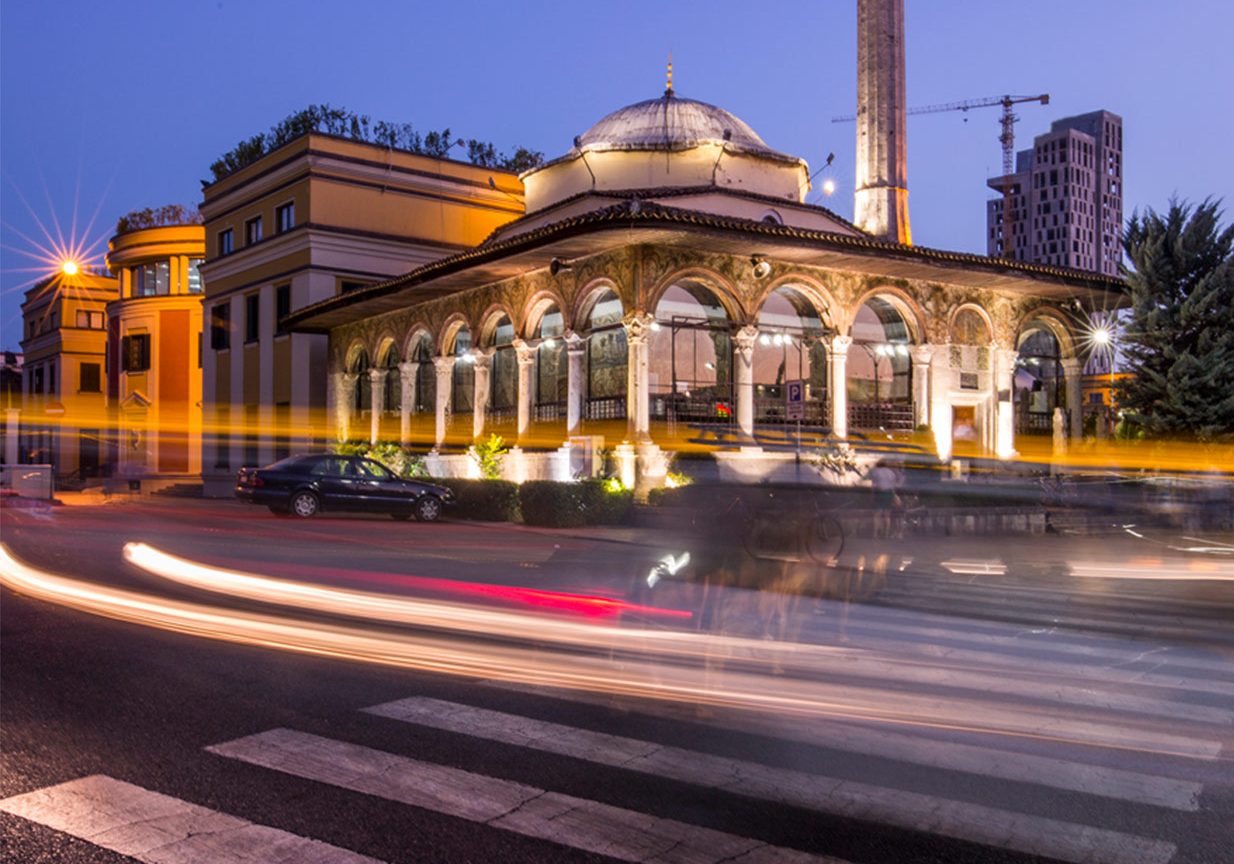 A Landmark of Tirana’s City Centre

One of the capital’s oldest and most historic monuments, this mosque has also become one of its most visited attractions.

The construction of Et’hem Bey Mosque dates back to the end of the 18th century and beginning of the 19th. The construction, which took more than 35 years to complete, was started by Mulla Bey and concluded by his son, Haxhi Et’hem Bey, great-grandson of Suleyman Pasha. An iconic monument, the mosque has marked the center of the capital for hundreds of years. Regardless of the time elapsed, this structure preserves its former splendor. Nowadays, situated near the equally iconic Clock Tower, the structure lends the mostly contemporary Skanderbeg Square a historic feel. 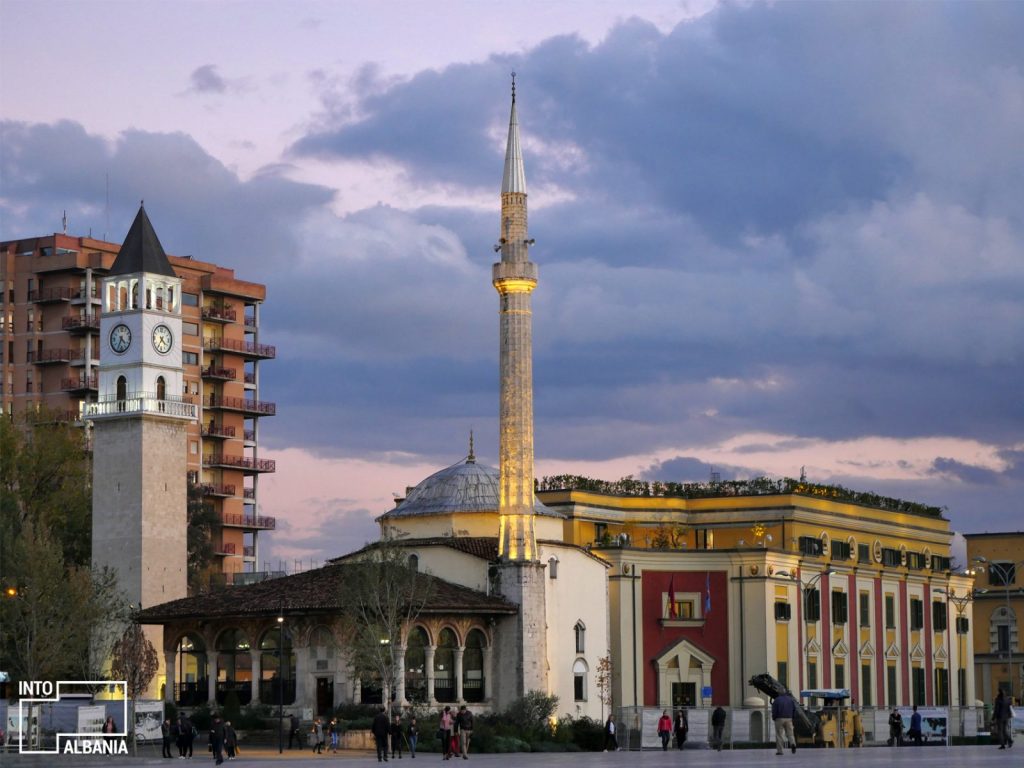 A Rare Survivor of Communism

What is very impressive about Et’hem Bey Mosque is that it is one of the few religious objects which was spared by the Communist regime’s anti-religious campaign, a campaign which destroyed many of the country’s historic religious monuments. Restorations are underway, though the mosque is actually one of the best-preserved monuments in the country as it is, still retaining its original shape and structure. You may get a wonderful view of it from the heights of the Clock Tower, which gives a wonderful panorama of the entire Skanderbeg Square, as well. 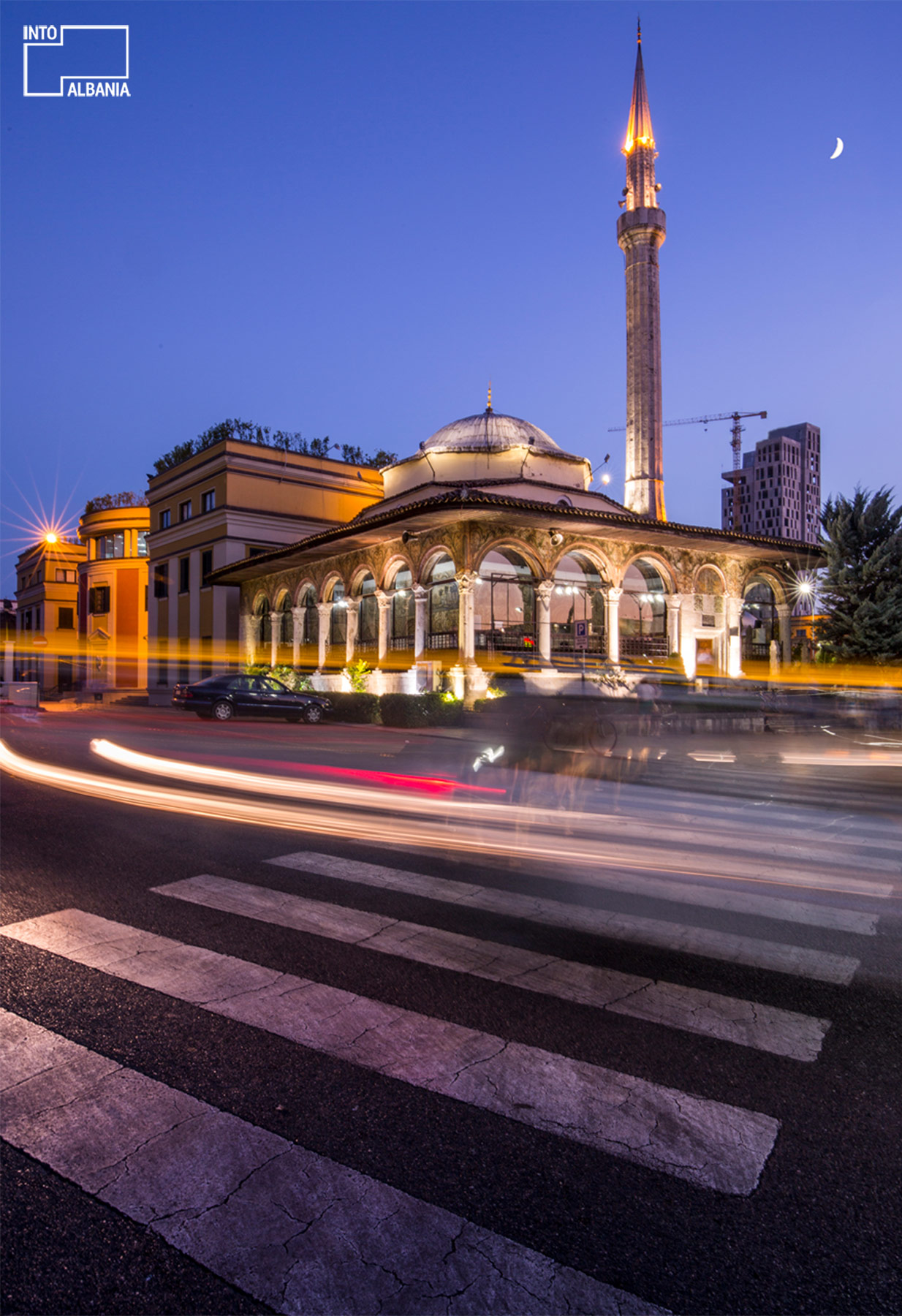 The mosque’s architecture is impressive with its arches, minaret, countless windows, large dome, interior halls and painted façade. The walls inside the mosque are all decorated in gorgeous frescoes, typical of the Ottoman period. Its interior halls are illuminated by the many parallel windows placed around the entire construction. The prayer halls and other interior details reveal masterful wood carvings, which stand in harmony to the natural light that flows inside the entire interior.

The portico, or hajati as it is known in the dialect of Middle Albania, is paved in stones which are thought to have come from the mountainous peripheries of Tirana. This spacious portico is the gateway to the interior prayer halls of the mosque. An interior staircase takes you to the dominant grey dome, which stands above the red clay-tiled roof of the structure. The mosque’s lighting at night gives it added visual effects which make it not only very photogenic but truly stand out in a square that houses many of the capital’s most important monuments.