Ethnographic Museum in Kukës - Into Albania

An All-in-One Journey through Prehistory, Biodiversity and Culture

Learn more about Kukës’ culture and lifestyle as well as why the “city of tulips” was also nominated for a Nobel Peace Prize.

Kukës, located in the northeastern part of the country, is the premier city of Albanian hospitality. Its unique appeal is also due to its ruggedly beautiful landscape, something that has contributed to its recent appeal as a touristic destination. However, not to be ignored is Kukës’ rich history, culture and tradition. Fascinating and worth exploring, the city’s Ethnographic Museum is one of the best places to start. 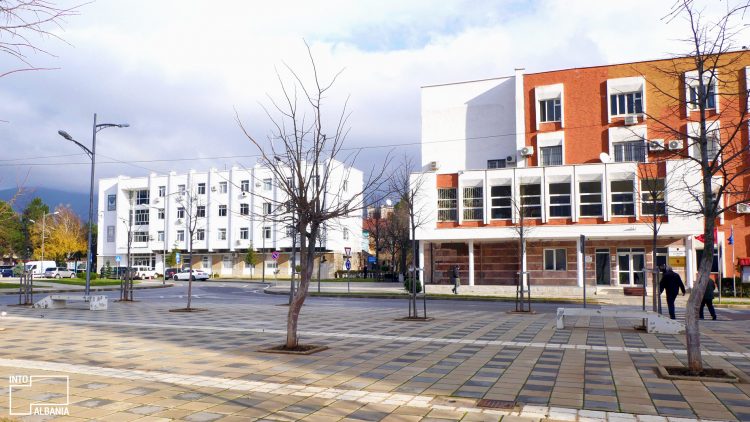 Situated in the city center, the museum is located inside a modest structure. It is inside it, however, that you will find the comprehensive ethnographic and cultural history of this region. Because the area’s nature and landscape are its most significant attractions, there is plenty of information about its flora and fauna. The museum is divided into three pavilions: Biodiversity, Archaeology, and Ethnography. 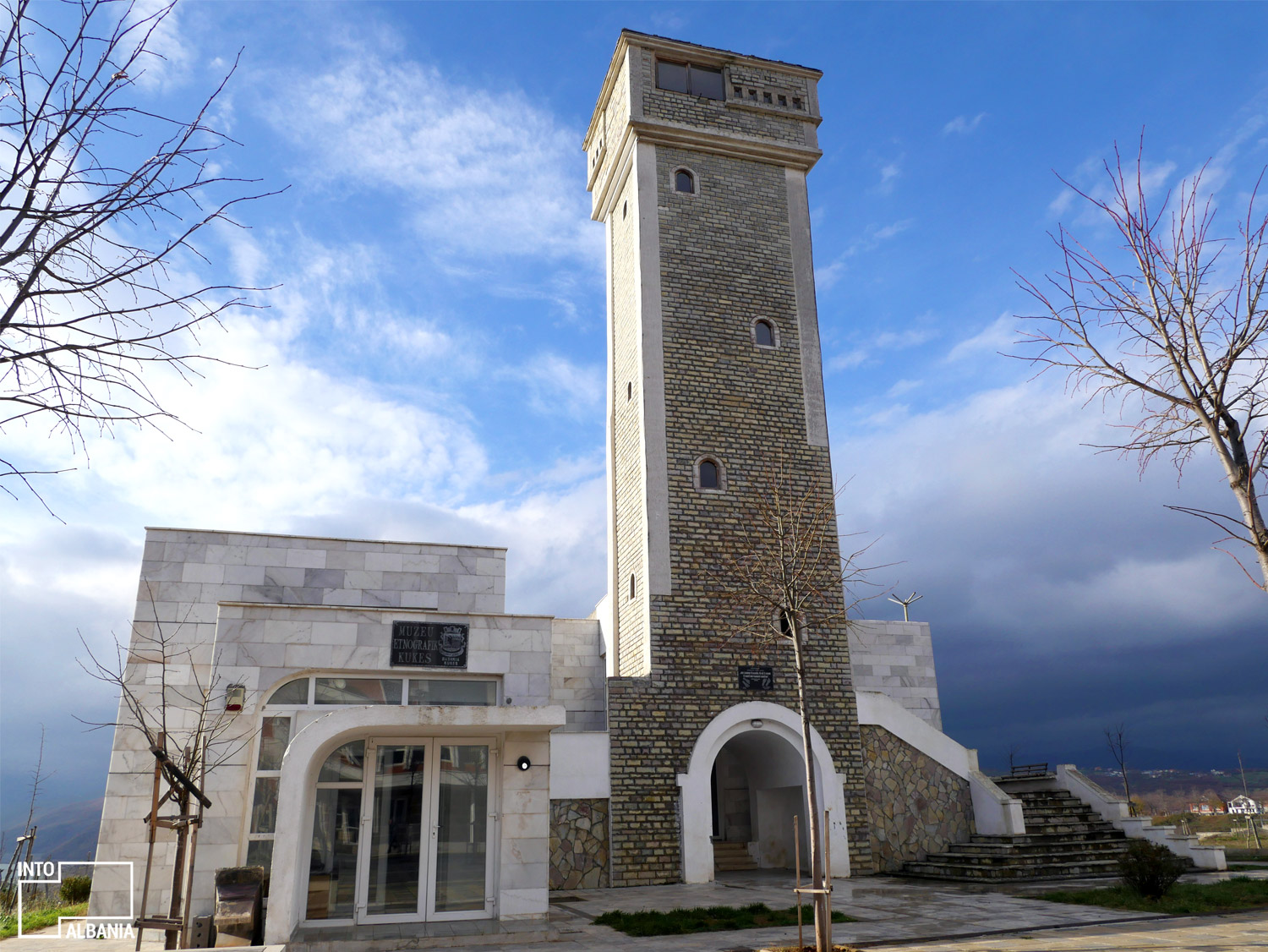 The area’s climactic conditions have led to a rich ecosystem that is well-documented in the photographic catalogue of this pavilion. Otherwise known as the City of Tulips, Kukës is Albania’s own Amsterdam, where tulip variety is at its richest. In addition, there are more than 750 kinds of medicinal plants, 80 of which are produced and collected by the local farmers. Sage, wild tobacco, black dahlia, and salep (made from orchids) are only but a few. Some of most valued natural resources of the region include chrome, copper, and uranium. 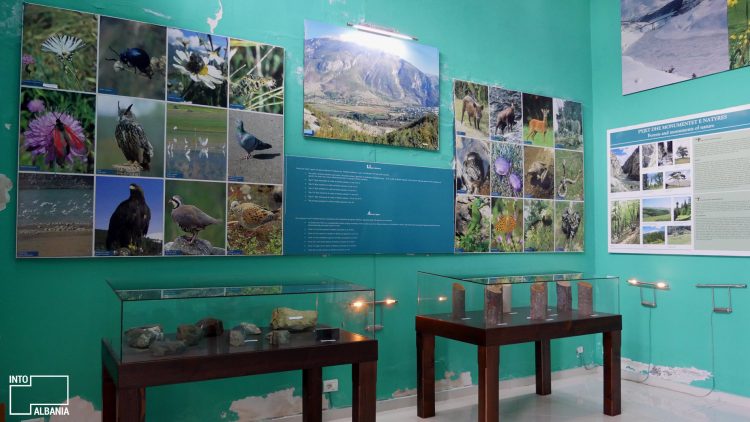 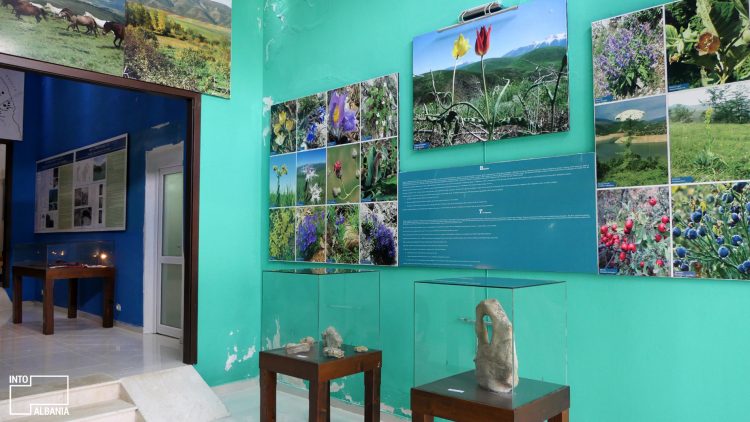 Here is where you will become familiar with Kukës’ history and prehistory, dating as far back as 6000 years B.C. Most of the city’s prehistoric findings were discovered in the Kolshi area. Illyrian tumuli (or ancient burial sites) from the Bronze Age also testify to Kukës’ existence in antiquity. While there is plenty here, if you are interested in exploring more of the area’s archeology, you can find many artefacts and objects in the Archeological Institute in Tirana. 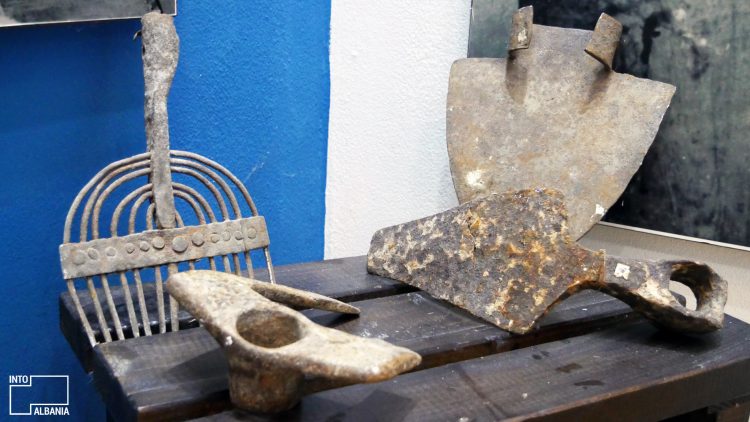 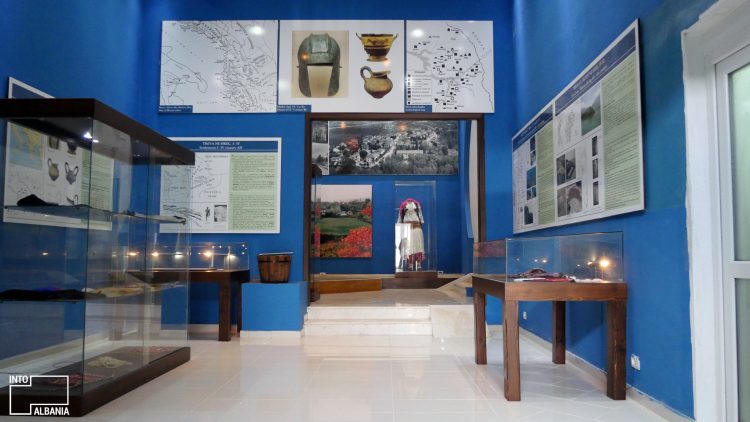 Kukës’ remote location has resulted in the area’s historical isolation which has contributed to a strong preservation of tradition. As such, walking through this pavilion feels like a trip through another place and time. One thing to keep in mind, as you take this journey, is that the objects are meticulously reworked models rather than original items. Some of the most stunning models of traditional costumes are those from the Middle Ages. Quite fascinating are the traditionally separate rooms – or oda in old Albanian – of women and men, complete with characteristic furniture and decorations. 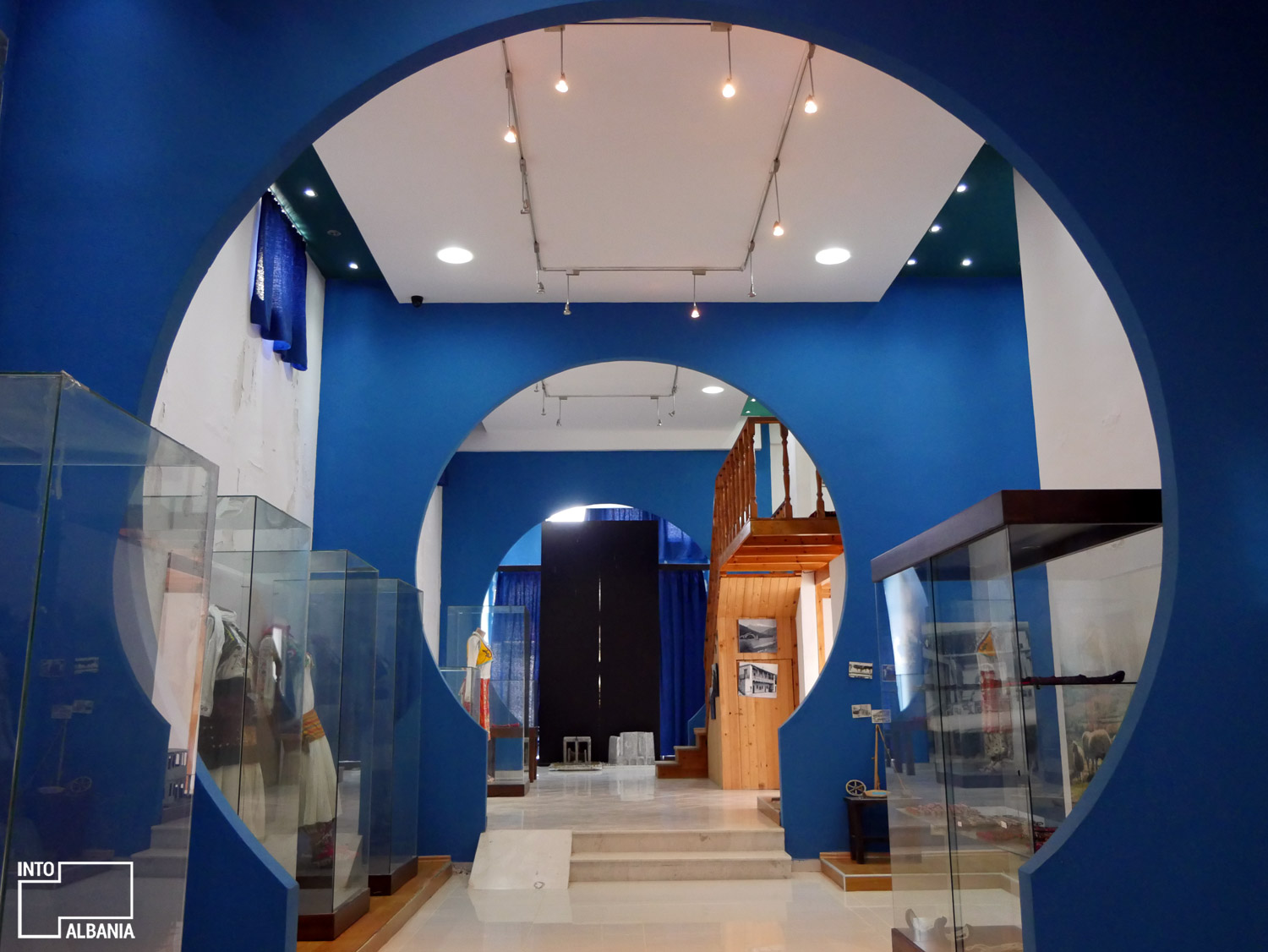 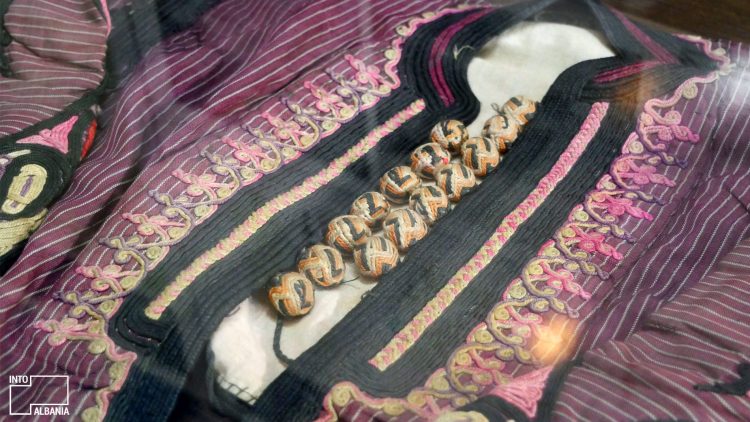 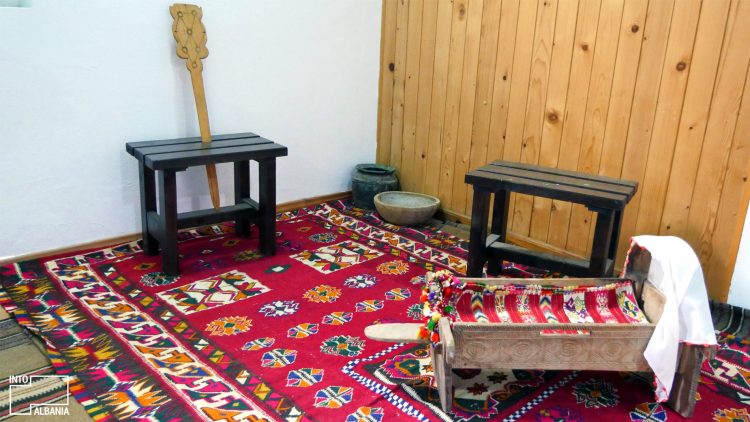 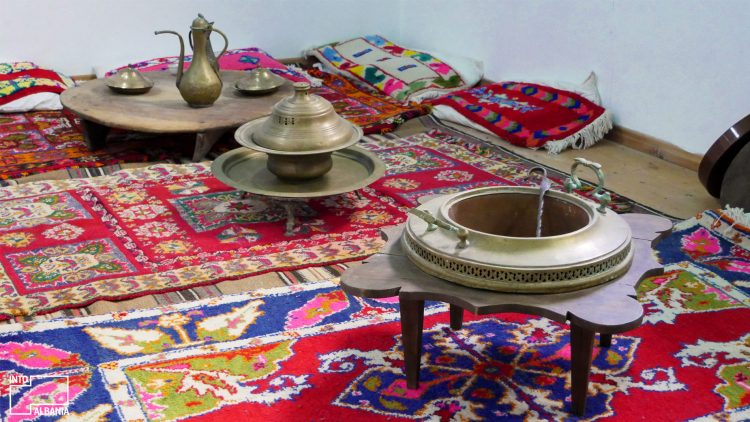 Located next to the Ethnographic Museum, the Memorial Tower is a gift from Kosovo to the city of Kukës, in gratitude for the warm welcome of the Kosovo refugees by their Albanian brethren in 1999. Inaugurated on April 16th, 2009, the structure has the shape of an obelisk which, inside, houses photographs documenting Kosovo’s mass exodus during the conflict and bombings of 1999. As a result of its offer of solidarity to Kosovo during this tragic period, Kukës was the first city in the world to be nominated for the Nobel Peace Prize in the year 2000. 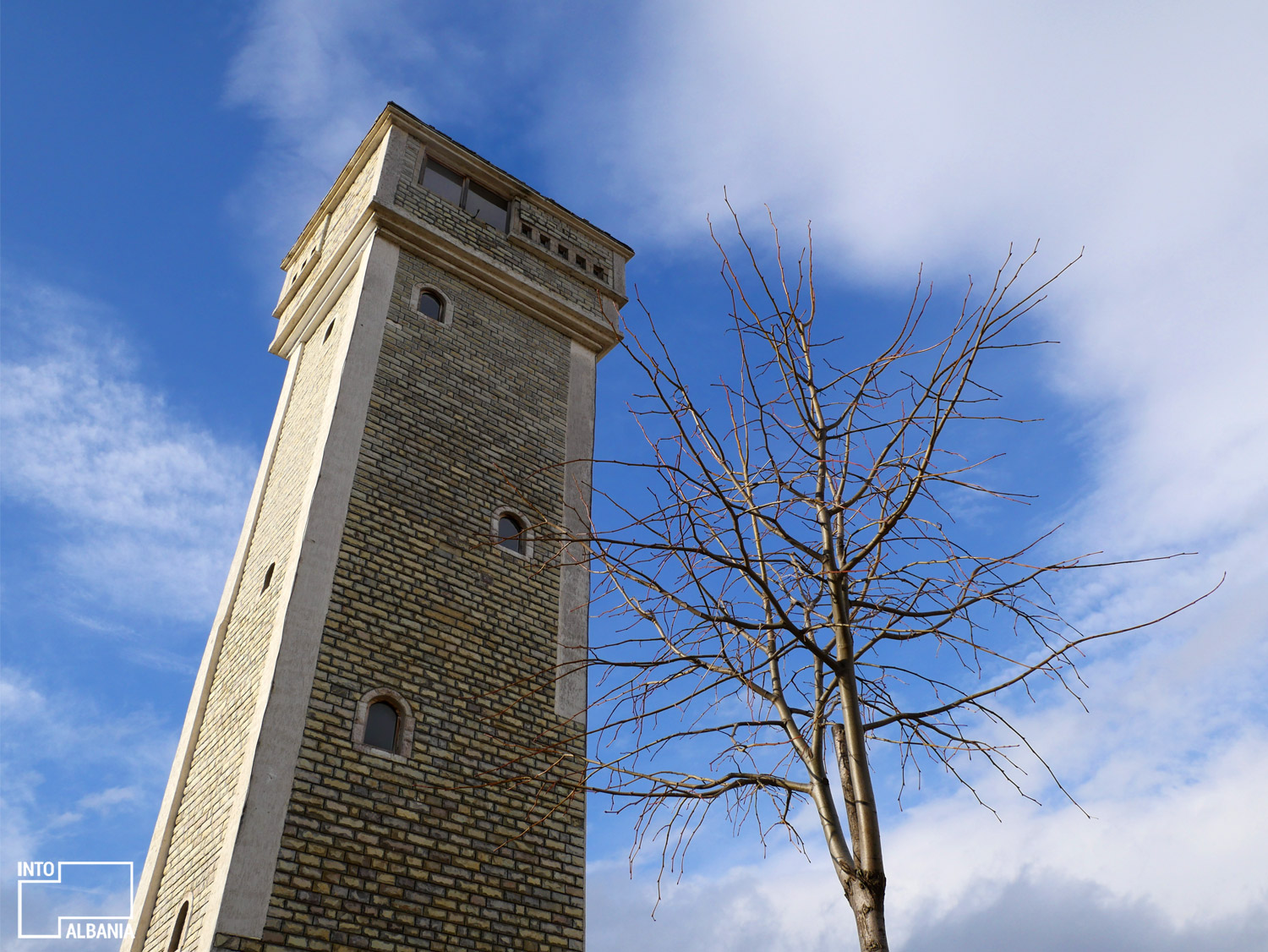