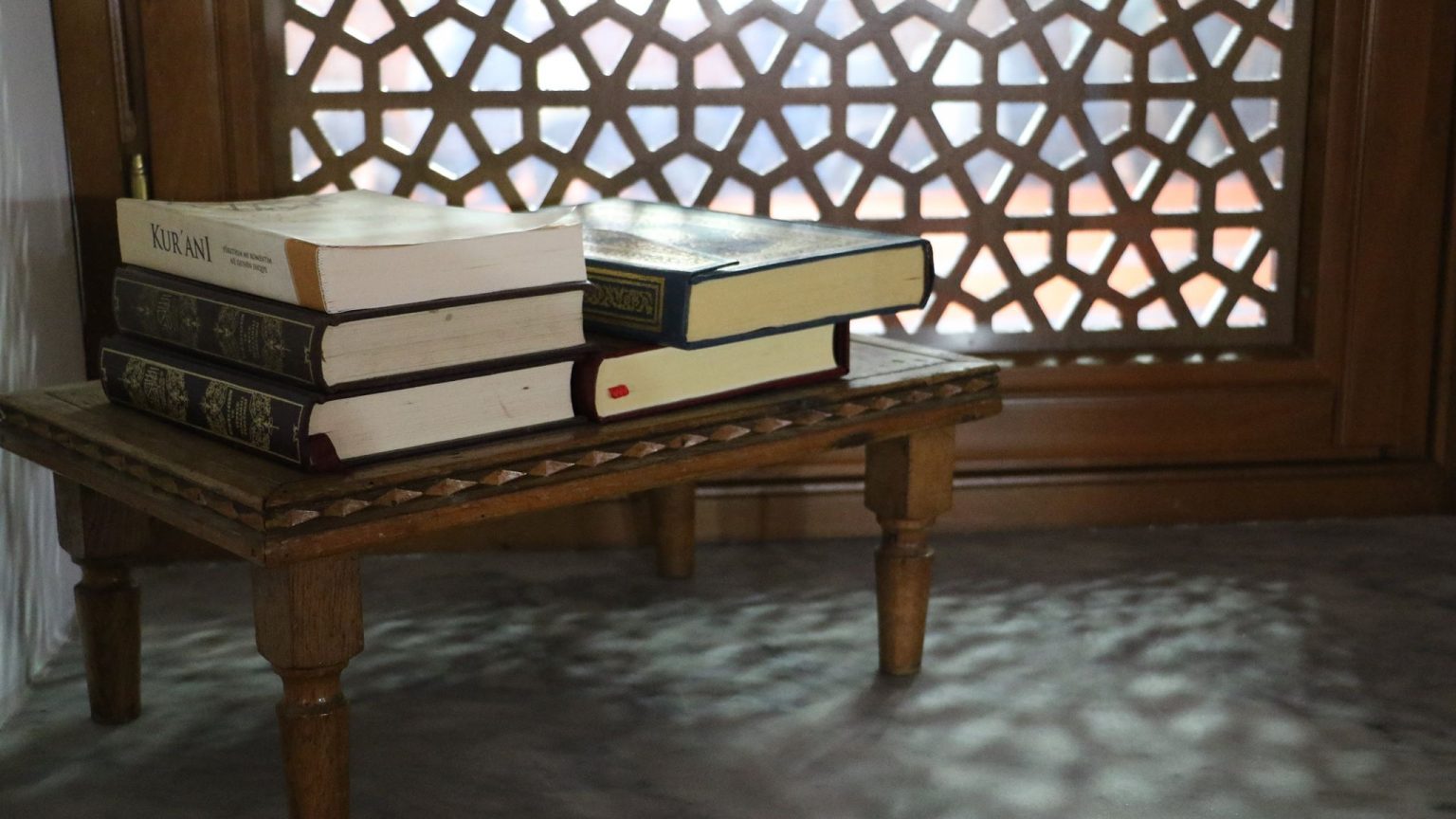 One of the oldest mosques in Albania, Fatih Mosque is also known as the old mosque or the small mosque, in order to be distinguished from the Great Mosque of Durrës.

If you find yourself in Durrës, you simply must visit Fatih Mosque, a small but gorgeous mosque located in the heart of the ancient city. Built in 1502-1503 on top of the ruins of a basilica, Fatih Mosque’s facade exhibits a surprising array of colors and intricate architecture with unique interior decorations. Its name was given by Sultan Mehmet II. 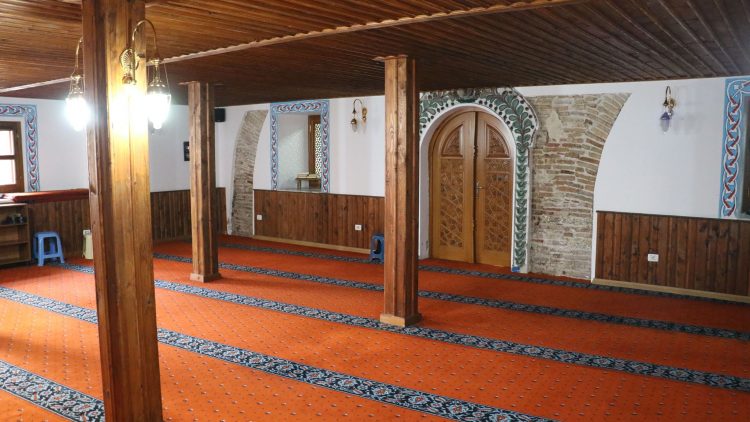 At the entrance of the mosque, photo by IntoAlbania.

Since 1973, the mosque enjoys the status of an important monument of cultural heritage for Albania and is protected as such by the government. It is a wonder to think of the sheer number of believers who have visited this well-preserved site throughout the centuries. Indeed, this is one of the very few cult objects that have survived the strict ban on religion of the Communist period and, perhaps due to this reason, continues to pique the interest of many visitors to Durrës. 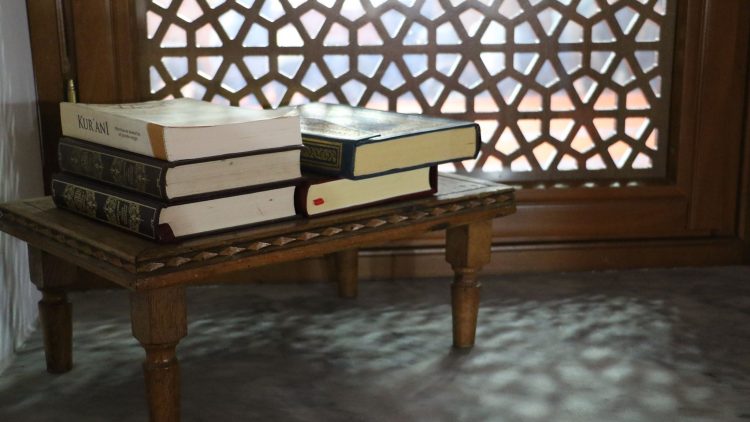 Situated by the Aleksandër Moisiu Museum and the famous Durrës Amphitheater, in the last few years, the mosque has seen an increase in popularity among tourists. One of its most attractive spots is the mosque’s intimate gardens, where visitors prefer to take a moment to relax. Though the ancient city has more than enough attractions for any visitor, this particular mosque is definitely worth admiring up close. The visit will not take too much of your time but the effects of this singular place linger. 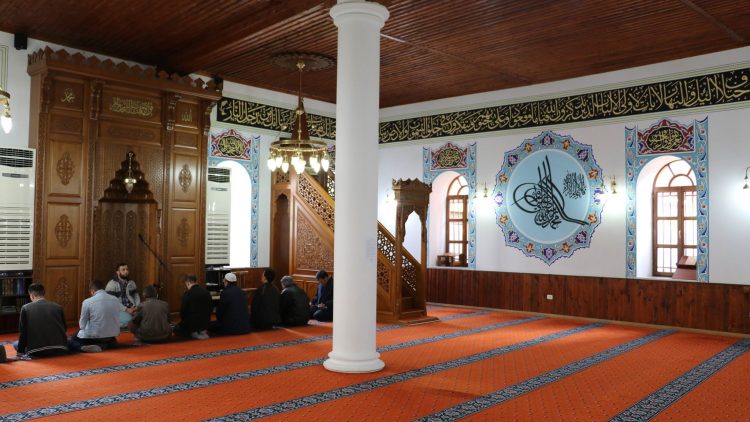 During one of the prayer session, photo by IntoAlbania.

How to find it

Walk to Epidamn Boulevard and make a turn on a small road called Xhamia (“mosque” in Albanian). Then, locate the minaret and simply follow the road in its direction.