All ancient beech forest natural reserves are fiercely protected in a total of 12 European countries, Albania being among them. In fact, UNESCO has included two Albanian natural reserves in its World Heritage List precisely because of the stunning beech forests found within them. These areas are Gashi River, located in the basin of Valbona National Park, and Rrajca.

Albania proclaimed the Gashi River a natural reserve back in 1996. The ​3000-hectare-reserve is located northeast of the Albanian Alps, in Tropoja, Kukës county, entirely removed from any inhabited areas. A large part of the area is covered by virgin beech forests. The geological basin is crossed by the river and is surrounded by swamps and canals which, for decades, have kept the rich flora and fauna alive and helped it flourish, undisturbed by the human hand. 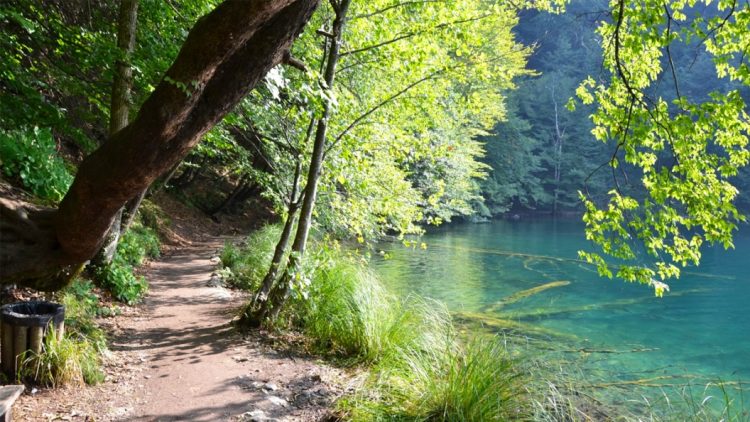 The beech and conifers coexist harmoniously in this area, particularly well-known for the rare and diverse fauna that it hides inland. The strictly protected territory is the habitat of the brown bear, deer, wolf, wild boar, mountain quail, wild boar, and snout, among a total of 64 species (some of them endangered). This national park’s wonderful climate is conducive to the growth of beech forests, which occupies a major part of the area. However, here you will also find Macedonian pine, Bosnian pine, Norway spruce, and silver fir.

Although located up in the north, with a subarctic and oceanic climate, the Gashi River absorbs some the effects of the country’s Mediterranean climate. Thus, though it has cool summers and cold winters, the skies are mostly clear and exceptionally sunny. The entire beech reservoir is unharmed by human intervention with the forests having grown and developed under the natural conditions of all European beech.

The glacial lakes of Dobërdol and Sylbica, located near the Gashi River, only serve to enhance the already spectacular landscape of this region. To visit the nature reserve, you follow the road that goes through Bajram Curri, specifically the villages of Qerem, Torkuz, and Doberdol. You can only reach the valley on foot so, after this approximately 45 km-drive, you will follow a trail that takes you directly to Gashi River. For the adventurers out there, local guides like to suggest an alternate hiking trail that is both more challenging and rewarding.