Great Mosque of Durrës - Into Albania

The Mosque that Became a Youth Center

The largest mosque in the city, the Great Mosque of Durrës was once transformed into a youth center and restaurant before returning to its original function as a religious institution.

1938 marked the inauguration of the Great Mosque in Durrës. At the time, aside from the mosques in Turkey, this was the largest mosque in the Balkans. In addition to funds donated by the city’s merchants, the construction was also made possible by the Italian-Albanian cooperation. The latter was especially strong in those years as a result of the partnership established by King Zog’s government with the neighboring country.

The architects of the mosque were Italian, as a result. Their project had the structure’s architecture respect the Islamic tradition while also integrating antique columns to honor the ancient history of the city of Durrës. The celebration for the completion of the mosque swept the entire city, including many foreign delegations invited to share in this remarkable event. 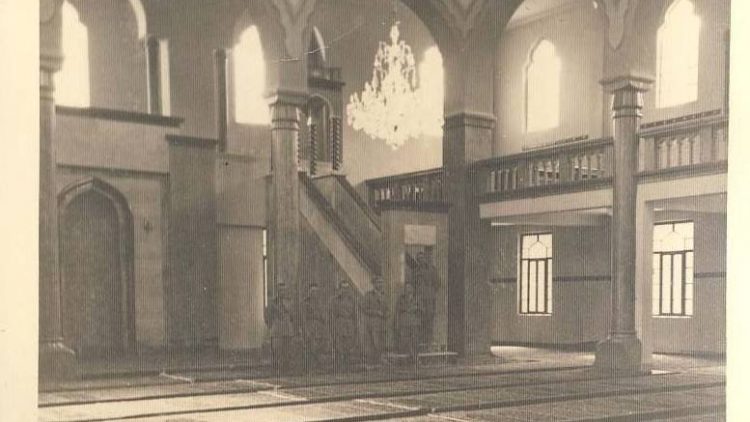 This period did not last long, however, and in the very beginnings of the Communist regime, the mosque underwent a major transformation. In 1967, its function as a religious institution was officially removed and the place was transformed into a cultural youth center, called Pallati Rinia (“Youth Building” in Albanian). The present-day main hall of the mosque hosted live music and comedy shows during this period while the second floor, along with the veranda, became a restaurant. The mosque’s minarets were destroyed and, from its 1938 interior, only six brown marble columns are left, noticeable as soon as you enter the building. 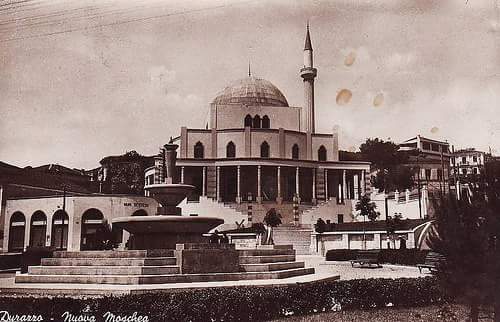 The mosque’s restoration began in 1991, immediately following the fall of Communism. More than 3 years later, the mosque and all its original religious functions were returned to its believers. Today, the structure dominates Iliria Square, the main one of the ancient port-city of Durrës. 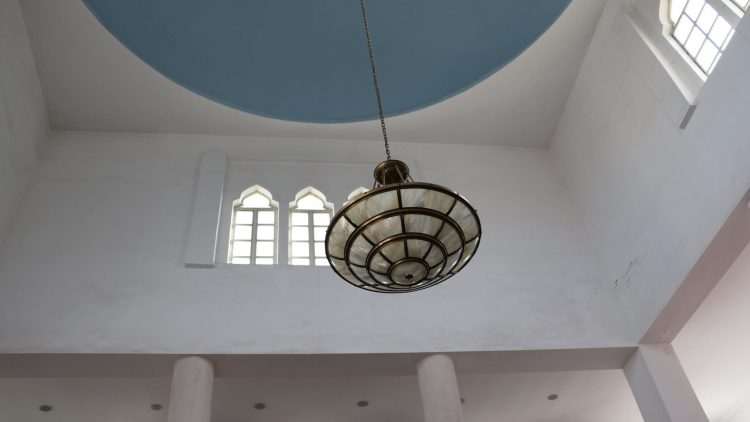 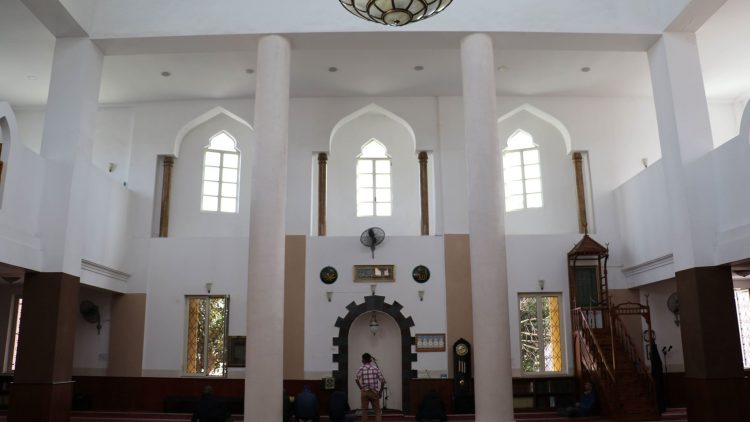 Inside the mosque, photo by IntoAlbania. 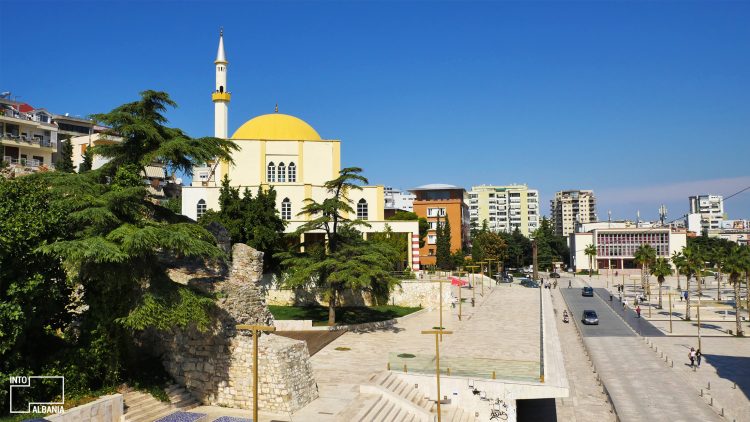 The Grand Mosque at the Illyria Square in Durrës, photo by IntoAlbania.