Situated in the Albanian Alps, this rare result of melted snow waters offers adventurers one of the most rewarding hikes and climbs in the northern region of the country.

The Grunas Waterfall is located in the surroundings of Theth, a village located only 75 km from the city of Shkodra. Its water falls in a thin strip form a height of 30 meters, moving through rocks sculpted by the unstoppable flow of water throughout the centuries. Breathing the clean air and gazing at this landscape, the visitor will be instantly removed from petty everyday concerns.

It takes approximately an hour to get the waterfall from the center of Theth Village. The hike is spectacular, taking you along a spectacular landscape of rivers, pastures, and mountain slopes. The last leg of the hike involves a 15-minute climb of an intermediate level so be prepared with your best, non-slippery shoes. Although the journey is not especially easy, the reward, as it often happens, is well worth your time and energy. Especially at the very end of your climb, when you will witness a scenery so breathtaking that it will immediately erase any traveling fatigue. 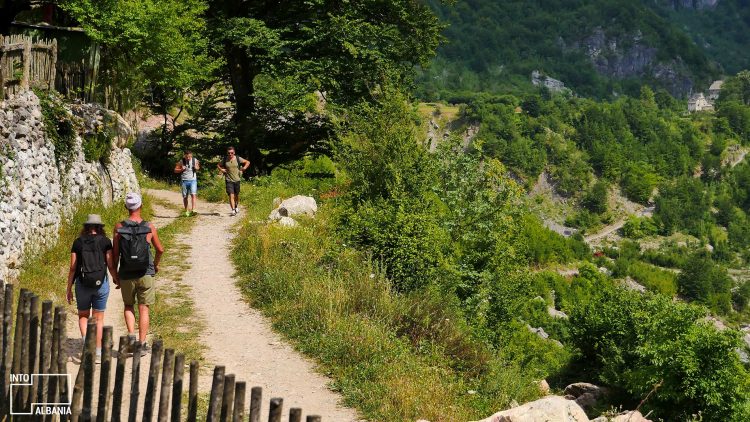 This waterfall is part of the numerous water sources in Theth. The alpine mountaintops surrounding the Shala commune, covered by snow year-round, are the main source of water for the Grunas Waterfall. Indeed, this waterfall’s water derives entirely from snow water! During the milder seasons of spring, summer and fall, the waterfall is a must-see destination of the gorgeous Albanian north, a still mostly untouched region. 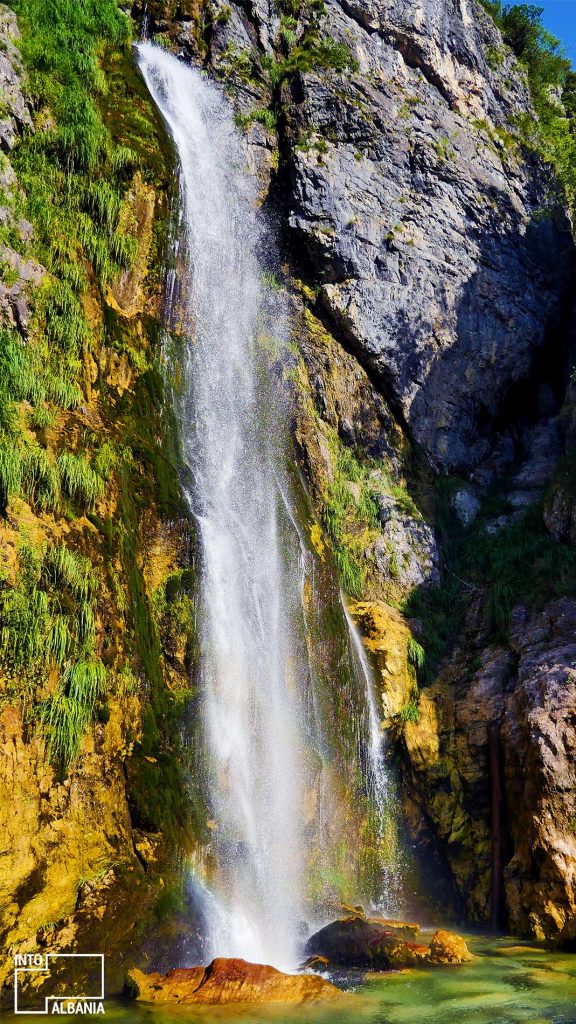 This beautiful natural monument has been protected by the state since 2002, and it is easy to see why! The waterfall’s smooth flow appears like a multi-hued ribbon during the warm hours of the day and continues running through the valley surrounded by the bushes and small trees, which remain green throughout the year. 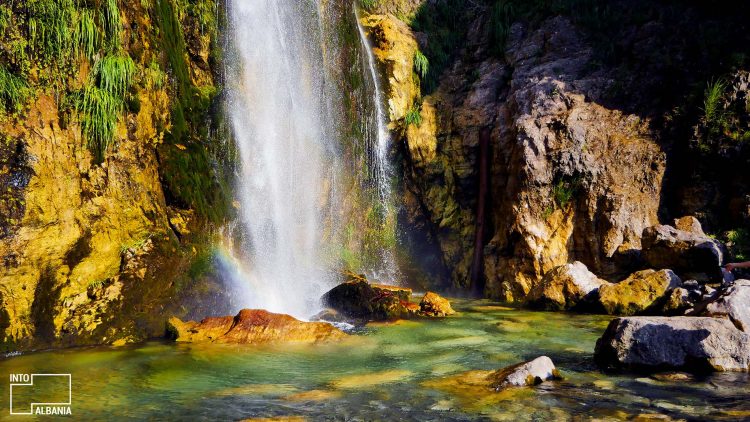 The waterfall is a point of pride for the inhabitants of Theth as it never ceases to amaze the throngs of visitors that come to see it. The flowing water creates an emerald pool at the bottom which completes the rare beauty of this part of Theth. The cliffsides of the waterfall offer another great opportunity for those who would like to see the springs of the Grunas Waterfall. Please note that the latter is suitable only for very experienced rock climbers! 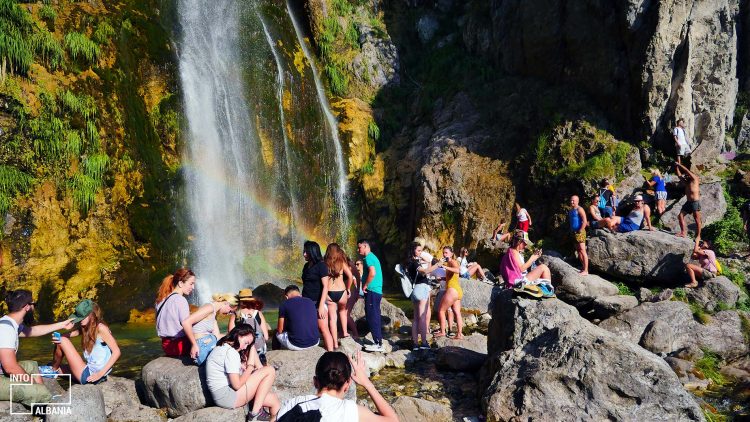