Historical-Archaeological Museum in Vlora - Into Albania 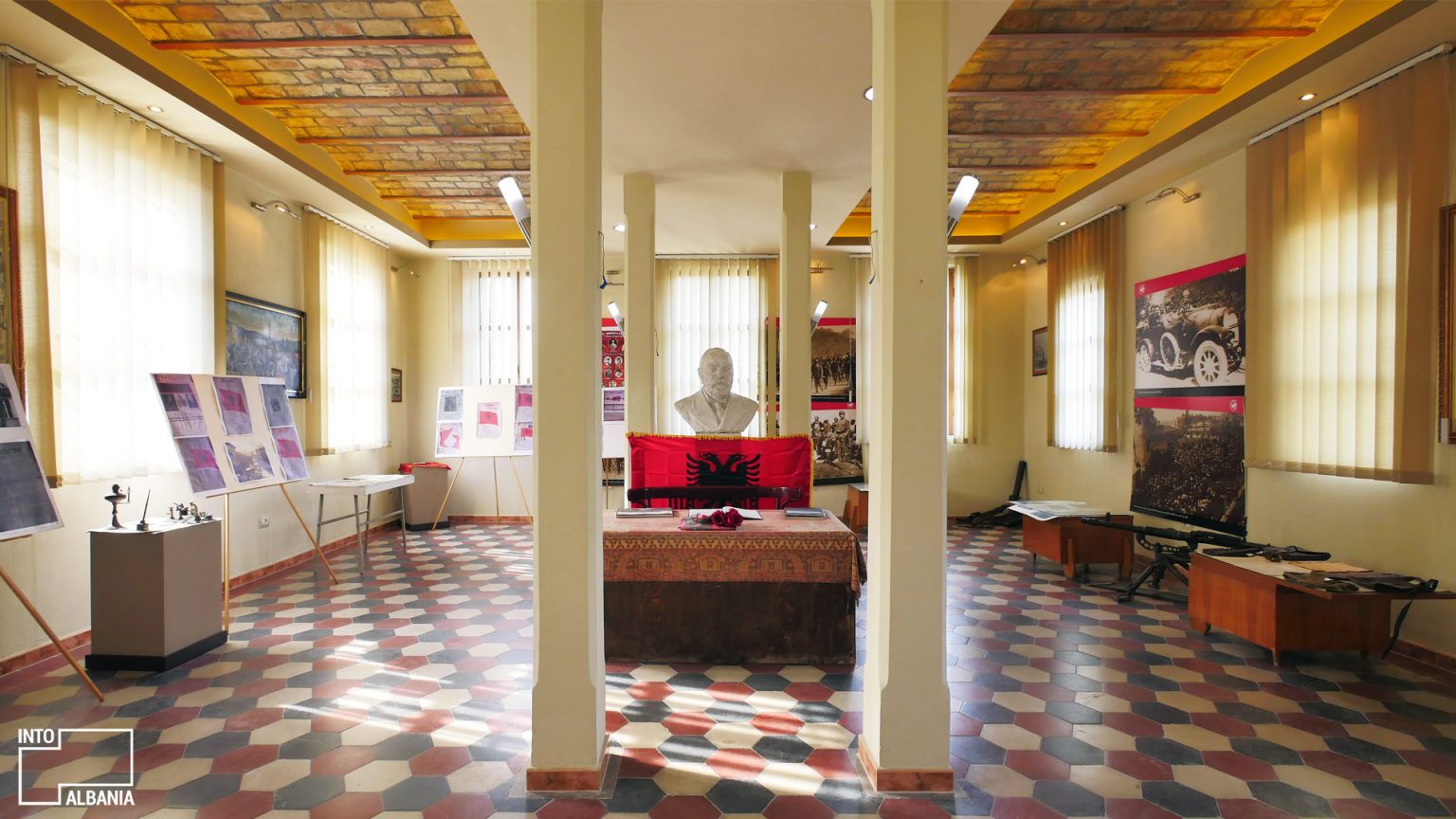 In the center of town stands the museum with one of the richest, and most beautifully displayed, collections of historical and archaeological objects in the country.

Though a summer destination for many, Vlora is one of those cities that attracts visitors throughout the year. Not only a seaside town, Vlora has an unparalleled historical significance for the country. The Historical-Archaeological Museum, located in the city center, reveals a rich and fascinating array of historical and archaeological information. A journey along its carefully-designed pavilions will give you a comprehensive view of the major historical events in Albania.

The building which houses the museum was designed by Italian architects and constructed by Albanians in 1918. Originally planned as a dormitory for Italian soldiers, the building never served this purpose. It has, instead, fulfilled the function of museum starting from the Communist era, when it became the Museum of War. Post-Communism, the museum was divided into two pavilions, those of History and Archaeology, and became the space we know and love today.

Located on the first floor, this is the first pavilion you will encounter as you enter the museum. Here is where you will find traces of Vlora’s earliest settlements, dating as far back as the Neolithic. Due to its favorable geographic position, Vlora has seen numerous settlements throughout the centuries. Objects hailing from the latter, such as flint knives and various weapons made of iron and bronze, are exhibited in this pavilion. Another rich collection is that of gravestones, written in various languages, found in the city and its periphery. Not to be missed are the maquette collections which provide a wonderful 3D illustration of the city’s natural and cultural monuments.

On the second floor, you will encounter historical objects from the 20th century, beginning with the historical National Independence Day of November 28th, 1912. (For more on this day and period, you may visit the National Museum of Independence in Vlora). This particular pavilion also dedicates considerable space to the posters and photographs documenting the Battle of Vlora in 1920.

Another significant corner contains objects from the Albanian Democratic Revolution of 1924. Part of the museum for 37 years, famous patriot Avni Rustemi’s original coffin stands here as a symbol of the spirit of revolt and the changes characterizing this period. The coffin is covered by the same flag that was raised in Vlora for the 50th anniversary of independence, more than half a century ago!

The WWII period is represented via personal objects of the partisans who heroically fought for the country’s independence. It is both a fascinating and moving experience looking at the partisans’ weapons, the military band’s musical instruments, historical paintings and other such objects that have so significantly shaped the city’s history.