Lock-in Tower of Theth - Into Albania

Once a Daunting Site, Now a Fascinating Touristic Attraction

Rising over the center of the spectacular alpine village of Theth, this tower holds the history of an entire region, told in detail by one of the tower owners’ descendants.

The Lock-in Tower of Theth, also known as the Tower of Nikoll Koçeku, is one of the most valued historic and architectural monuments of Albania’s highlands. A unique structure that contains hundreds of years of history, in the village of Dukagjin, this tower is known for having imprisoned all of those who had committed serious crimes against the Kanun of Lekë Dukagjin, a set of oral traditional Albanian laws coded in the 15th century.

Located in the center of Theth Village, the tower is one of the main touristic attractions of the surrounding mountainous region. It has historically belonged to the Koçeku family and, in fact, one of the family’s descendants, Sokol, serves as its current guide. He can truly recount its history in full and vivid detail which usually includes an accurate and dramatic interpretation of the Kanun. 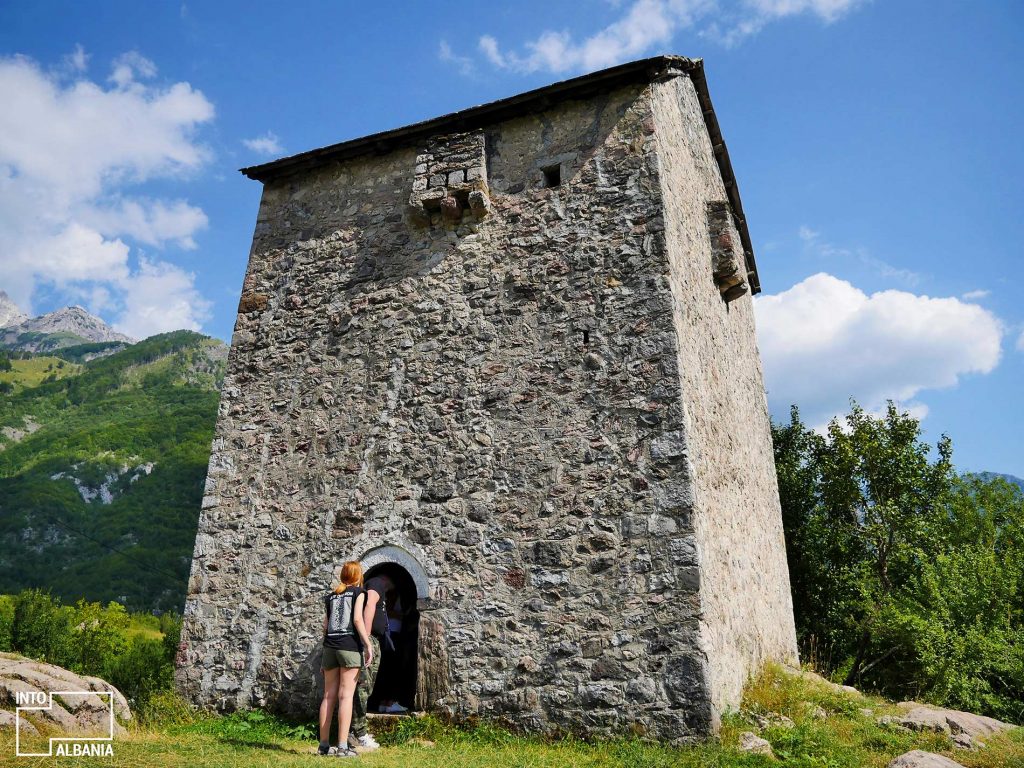 The tower is a four-sided structure made entirely of stone and topped by an alpine roof, a construction which creates total isolation, typical of the country’s northern region. This type of fortress structure is widespread in the area as it provided the maximum level of defense. The towers’ small windows, called frëngji, gave the locals an advantage over the enemy as the former were constantly aware of the movements outside of the towers’ walls. 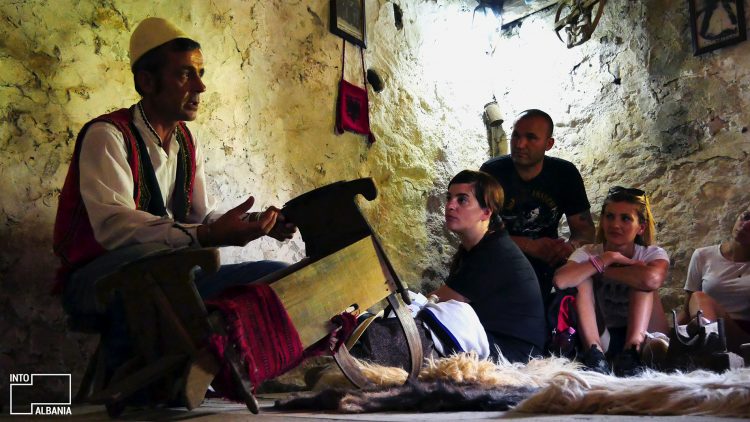 Sokol Koçeku, leaving speechless the visitors with his many stories about the place. Photo by IntoAlbania.

In addition to its main function of defense, the Tower of Theth served to imprison those who violated the Kanun. Yet, it also served as a spot for reconciliation among the families who were affected by the crimes, who would meet and discuss their conflicts while the imprisoned would await his sentence.

The tower contains very few furnishings, only adding to the dramatic effect of this daunting stone structure. An old wooden furnace, a few leather cloths as bedding, simple cookware and, next to them, a fire weapon, necessary for defense. The tower served as a structure of defense until fairly late, with the Communist era ultimately doing away with its original function. 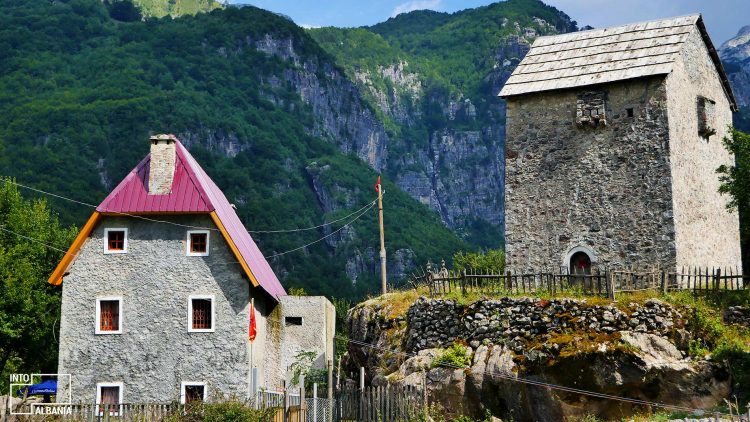 The Tower of Theth is mentioned by one of the most renowned Hungarian scholars, Franz Nopcsa, who ventured in northern Albania and is responsible for the very first geological map of this mountainous region. Nowadays, northern Albania, its ethnography and legendary lock-in towers, attract thousands of curious visitors annually.

These types of towers are a vital part of Albanian cultural heritage which, thanks to tourism, is becoming more and more accessible. The towers’ mysticism and strange fates of their people inspired Ismail Kadare’s famous novel “Broken April,” an artistic testament to the unforgiving life of the mountains and to the power of the Kanun which, as the writer has said, forgets neither good nor evil.