Medieval Center of Berat - Into Albania

One of Berat’s main Ottoman-era attractions, this large complex includes a beautiful mosque, an ornate tekke, and stunning wood-carved balconies – a reminder of this area’s important central location in the past.

Berat is one of the most historically and culturally significant cities in southeastern Albania. The Medieval Centre of Berat is a great representation of Berat’s influential character. Built during the Ottoman rule of Albania, the locals called this significant place “Sheria e Beratit”, which, at the time, meant the “centre of Berat”. Unfortunately, as a result of the Second World War, the library and school of the old centre were destroyed, however, several beautiful monuments have survived and can be visited today. The present-day complex consists of the King Mosque, the Halveti Tekke, intricate wooden balconies, and several monumental tombs.

Built by Sultan Bajaziti II around 1480, the King Mosque, located within the complex, is one of the oldest in Berat. The mosque consists of a minaret, a hall and a portico while many windows abundantly illuminate the entire interior of this facility. Inside, the building is divided into two floors, whose architecture includes a soothing combination of columns, arches, and colourful decorations. Another extraordinary element of its architecture is the wood carving, which beautifully enriches the interior atmosphere. 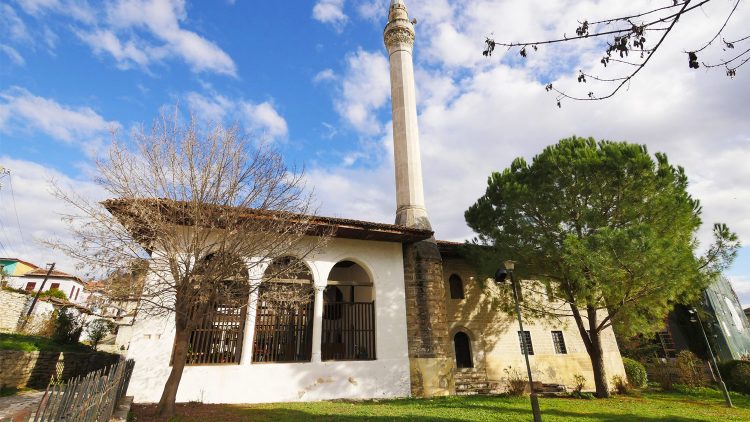 The King Mosque, photo by IntoAlbania.

The Halveti Tekke within Medieval Centre of Berat, is yet another impressive monument in this complex, and one of the most interesting architectural structures of the city. The tekke was built in the 15th century and restored by Ahmet Kurt Pasha towards the end of the 17th century. The structure, belonging to the sect of the same name, is located to the east of the King Mosque, in the renowned Mangalem neighborhood. The tekke is surrounded by a courtyard that includes several konakë, the local term for “balconies.” 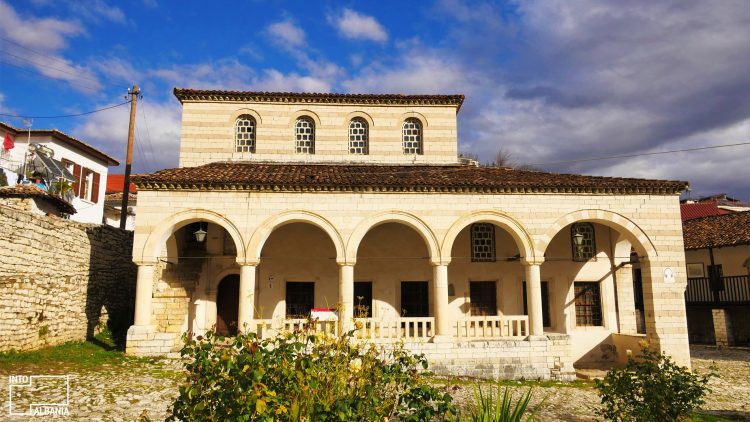 Once inside this rare structure, characterised by beautiful woodwork and stunning colours, one sees an anteroom which leads to the prayer room. The walls display beautiful frescoes and the ceiling, the building’s most beautiful part, is elegantly decorated with hues of green, gold, violet, red, and blue. 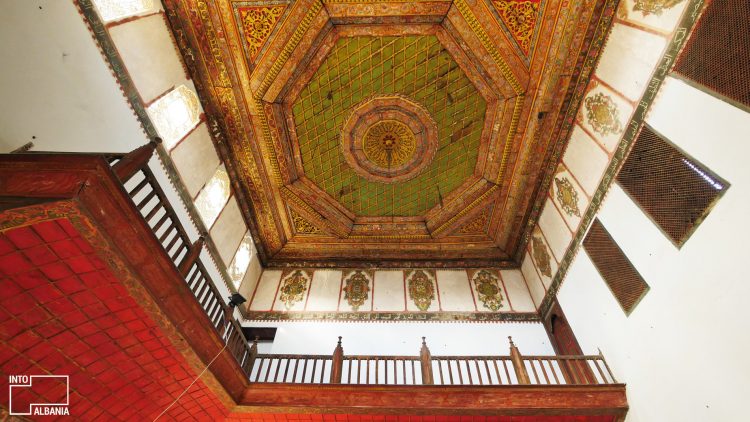 The tombs of Ahmet Kurt Pasha and his son are located right next to the prayer hall. The balconies are all constructed in wood and are held by several columns. These small rooms hosted believers, who came to conduct their religious rites, or students who continued studying in the once-existing schools. For a nice conclusion to your visit in this religious and cultural centre, you should also take the opportunity to visit the Sheh Qerim Tekke, located nearby. 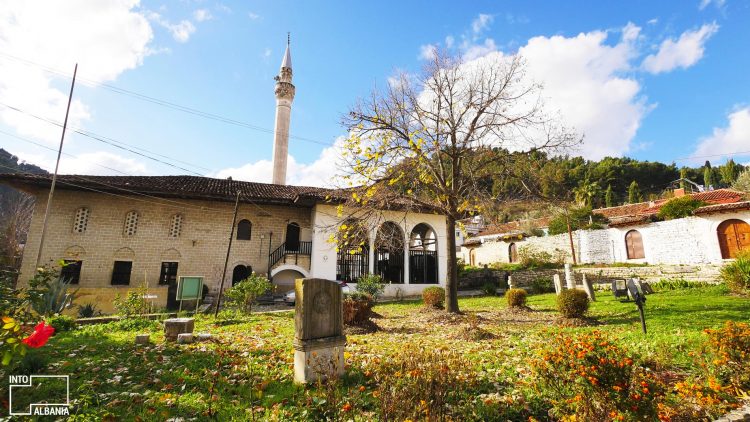 The Monumental Tombs at the Medieval Center in Berat, photo by IntoAlbania.