Preza Village: A Medieval Castle and Idyllic Landscape Near Tirana - Into Albania

Preza Village: A Medieval Castle and Idyllic Landscape Near Tirana

Preza Village: A Medieval Castle and Idyllic Landscape Near Tirana 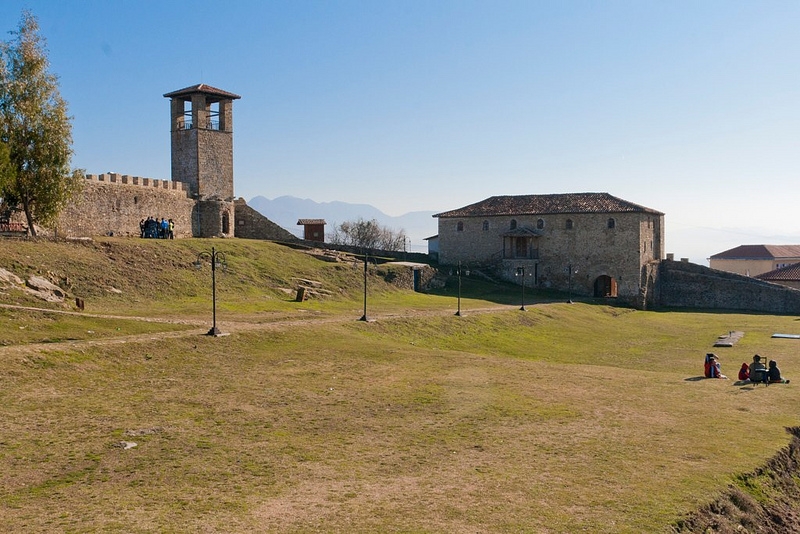 Preza may very well be one of the most attractive day trip destinations and a must visit for anyone who longs to get away from Tirana and immediately surround themselves by idyllic scenery.

Preza, one of the most scenic areas of the valley of Tirana, takes you on a journey from the heights of Kruja’s walls to the waters of the Adriatic below and inside one of the most picturesque villages of this region. Preza’s spectacular castle on a hill was one of Skanderbeg’s important strongholds against the Ottomans.

The city, once influenced by Albanian feudal lords and princes, is now widely recognized as the hill of the 450-year-old castle. Constructed on this 277-meter-tall hill, the castle is the former home of a feudal family named the Thopias. Yet, the castle also owes part of its fame to the fact that it once hosted the wedding of Mamica, Skanderbeg’s sister. While the castle has inspired countless stories and legends, its own history will always be dominated by the golden era of the national hero Skanderbeg’s resistance against the Ottomans. Legend has it that during Skanderbeg’s battles against the Ottomans, the soldiers would use the castle’s walls to secretly communicate via gigantic torches.

From sunrise to sundown, the circular walls and towers of the castle are constantly illuminated by rays of light. The construction of this pentagon-shaped structure began in the 14th century and was completed in the 15th. This monument of culture includes the ruins of its former watchtowers in four of its five corners. What is particularly impressive about the castle is the rocks that have been used to build it. Once you witness it, you understand why this place was one of Skanderbeg’s main strongholds against the Ottomans. 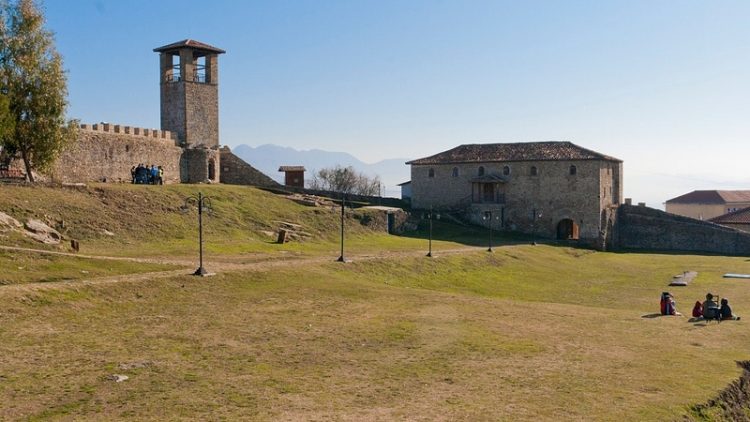 Of course, in addition to its history, what makes the Preza Castle and the village of the same name currently attractive is its idyllic landscape and friendly locals, who still maintain that area’s rich tradition. The entire area seems to recall ancient mythology with its countless, centuries-old olive trees that create a spectacular scenery. The olive trees were planted during Skanderbeg’s time as, then, the prince required each local married couple to plant one in honor of their wedding. This age-old tradition explains why Preza is famous for its olive oil as well as its stone mills, used to process the olives. Unfortunately, only one of the village’s former sixteen mills has survived.

The village is also very well-known for its intricate loom works, the specific mechanism of the traditional loom involving a wooden tool called vegjë. You should also consider visiting this location to enjoy the vineyards and delicious wine of the area!