The Mystical Village On The Ionian Riviera

Qeparo is quaint village which offers visitors a look at the beautiful stone architecture of the region, and the calm, relaxing, white sandy beaches that rest alongside the clear turquoise waters.

An old legend recounting the division between the old and new Qeparo, tells of the seaside village being built where a light once flashed in the dark. Qeparo Valley, with its beautiful olives and aromatic citruses, appears on your right after passing the Porto Palermo bay. Beside the valley, sits the long beach with the beautiful turquoise sea that stretches to the horizon.

Setting off from Himara, the road is only 13 km long and full of the beautiful Mediterranean views for which the Ionian Coast is so famous for. The locals say that Qeparo’s name comes from the cypress tree, which are so common in this area. Unlike the many rocky beaches of the south, Qeparo Beach has fine sand, and the sea is shallow for the first few metres, making it different from the immediate depths of Dhërmi and Jali. It’s for this reason that Qeparo is such a family favourite. There’s also a very quaint old pier which has been built on the large rocks that lay there. 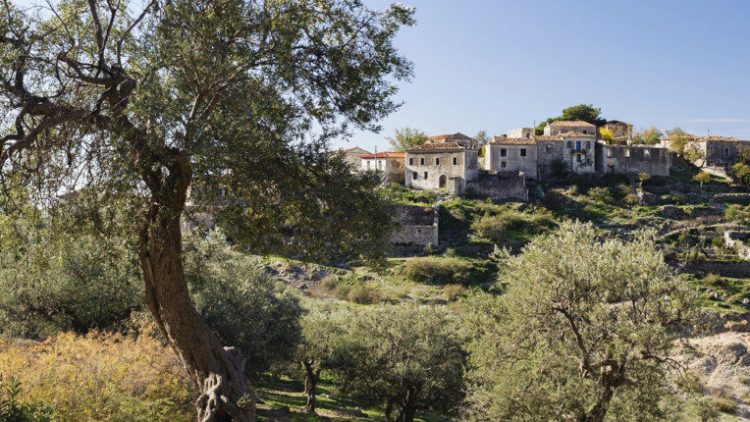 Qeparo is divided between the old and new villages. The road to the centre of the village winds through olive groves before reaching the stately-looking monastery and church. These two Byzantine-style buildings date back to the 18th century, and are known for their wooden iconostasis. Indeed, the architectural style of old Qeparo is one of its most defining qualities. Two or three-story stone houses, with windows looking out towards the sea, are linked to one another via the village’s cobbled streets. The old village stands high above the hills, separated from the lower village by the numerous lines of trees, and the main road.

Qeparo is also renowned for having several important monuments, such as Ali Pasha’s Castle, located about 1 km north of the village. The object, a large house which looks out onto the sea as well as the streets of old Qeparo, is made of stone and contains architectural styles typical of this area. The ruins of Qeparo Castle are another interesting stop, as early settlement trails are located on the high rocky hills. The upper village is dominated by old monasteries, churches, and stone houses which are periodically restored.

During the hot summer months, Qeparo is alive with the many tourists who choose this destination for all the different things it has to offer: its old and preserved architecture, rich natural surroundings, the delicious village food, and the white, calm beach. Do not be surprised to meet many French and British people on the cobbled streets of Qeparo. You might be surprised to find that many of them are not in fact tourists. These savvy foreigners have bought houses in the old village, giving them a chance to get away and really experience the pure beauty and mystical atmosphere of Qeparo regularly!