The Secret Military Base That Became A Top Summer Destination

Once a fortified military base, Sazan island’s beauty and pristine coastline has swiftly turned it into one of the hottest summer destinations in the country.

Sazan Island is beautifully situated at the point where the Adriatic and Ionian seas gently meet. As the largest island in Albania, with an area of 5.8 square kilometres, Sazan looks like a detached portion of the Karaburun Peninsula, and is also the gateway to the Gulf of Vlora. The entire marine territory here is part of the Karaburun-Sazan Marine Park. While the island is uninhabited, you are sure to always find people here as, since it opened to the public in 2015, Sazan has quickly become one of the most attractive tourist destinations in the entire country. 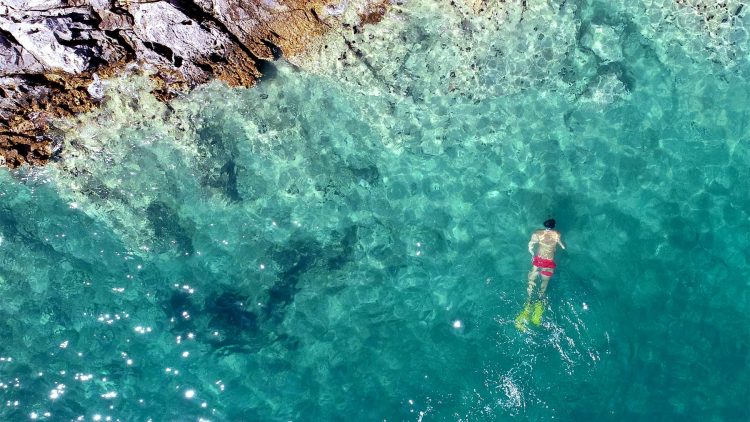 The Recent History of Sazan Island

The 20th century has left the most visible traces on the history of this once isolated area. During the Communist era, the entire island served as one of the largest fortified military bases in the country, and traveling to the island was forbidden to the general public. Until 1992, the only civilian population on the island consisted of military members and their families. Afterwards, when Albania’s government changed, the island became uninhabited, but eventually became accessible to the curious local and international public.

Before the 1990s, life on the island resembled that of a small town surrounded by water. Traces of this life are still there to see, making it a truly fascinating site for tourists. Sazan’s small port was constructed post-WWI, during the Italian invasion, and was further expanded by the Russians in the 1960s, lending it the full appearance and function of a military port. The residential buildings, kindergarten, hospital, and school were built during the Communist period. These buildings are today surrounded and covered by greenery that is indiscernible from afar. Only as you approach the island, do you get a real glimpse of these interesting hidden details.

In addition to it simply being a wonderful beach destination, Sazan has also inspired legends and tales of its history. Old legends tell of fierce battles to gain this highly desired territory, with the secret coves of the island being used by pirates to hide the robbed spoils. Perhaps what most inspires these tales are Sazan’s numerous underground tunnels that extend throughout the entire area. Because of both its mysterious history and its abundant beauty, Sazan remains a place that must be experienced firsthand. Many local travel agencies organize annual touristic visits from Vlora to Sazan in the period between May and October.