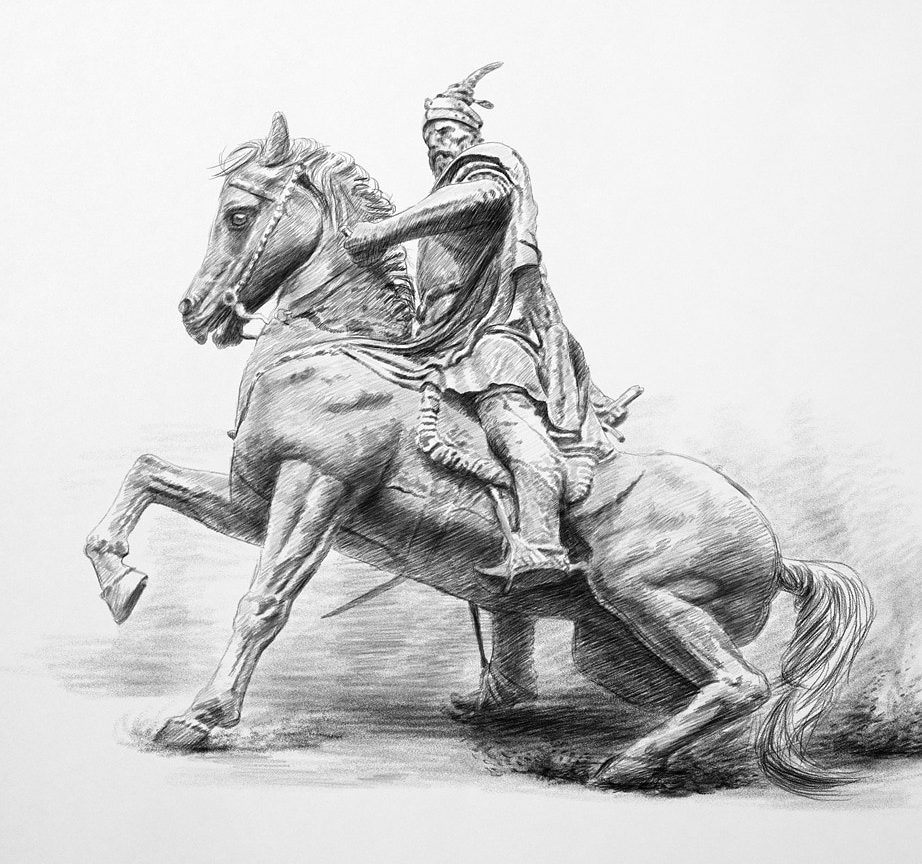 Gjergj Kastrioti Skënderbeu, the quintessential hero who never forgets his homeland and returns to protect it, is Albania’s point of pride and inspiration. Celebrated across Europe for his legendary resistance against the Ottoman invasion, Skanderbeg’s very particular and epic story of triumph has, throughout the years, assumed the form of a legend.

Gjergj Kastrioti is the most celebrated national hero in the country and one of the most revered figures in the Balkans and Western Europe. Skanderbeg, a name whose echo straddles the confines of legend and history, was born in the Dibra region on May 6th of 1405 and is the only Albanian who holds the highest rank of National Hero. This hero is honored beyond Albania’s borders, as well, with countless monuments situated in the squares of European capitals. The monuments commemorate the hero’s legendary resistance against the Ottoman invasion, holding off the entrance of its army into Europe for a quarter of a century.

From Ottoman Soldier to Albanian Hero

Gjergj was the youngest son of a large family of rulers in northern Albania and the last heir to the Kastriotis. Because his father, Gjon Kastrioti, was openly opposed to Ottoman Empire rule, he was forced to send his sons, including Skanderbeg, as hostages to the Ottoman armies. From the age of 18, Skanderbeg was trained as an Ottoman soldier in Adrianople, present-day Edirne, Turkey. He was also educated in Turkey where he lived until 1443, the fateful year in which he took control of part of the Ottoman army and heroically made his return to his homeland.

During his days in the Ottoman army, Skanderbeg had enjoyed a reputation as one of its most disciplined, farsighted and intelligent members. His leadership qualities and the fact that he was an excellent speaker who knew many languages secured Skanderbeg’s swift rise in the army ranks. These were precisely the same qualities that proved fatal to the Ottoman army when Skanderbeg turned against them. Once back in Albania, the Christian knight was able to unify an entire country at the speed of light, making the Ottoman’s advancement toward Europe impossible. During this period, Skanderbeg had the Vatican’s support, as confirmed by the correspondence between him and the Pope at the time, Eugene IV. 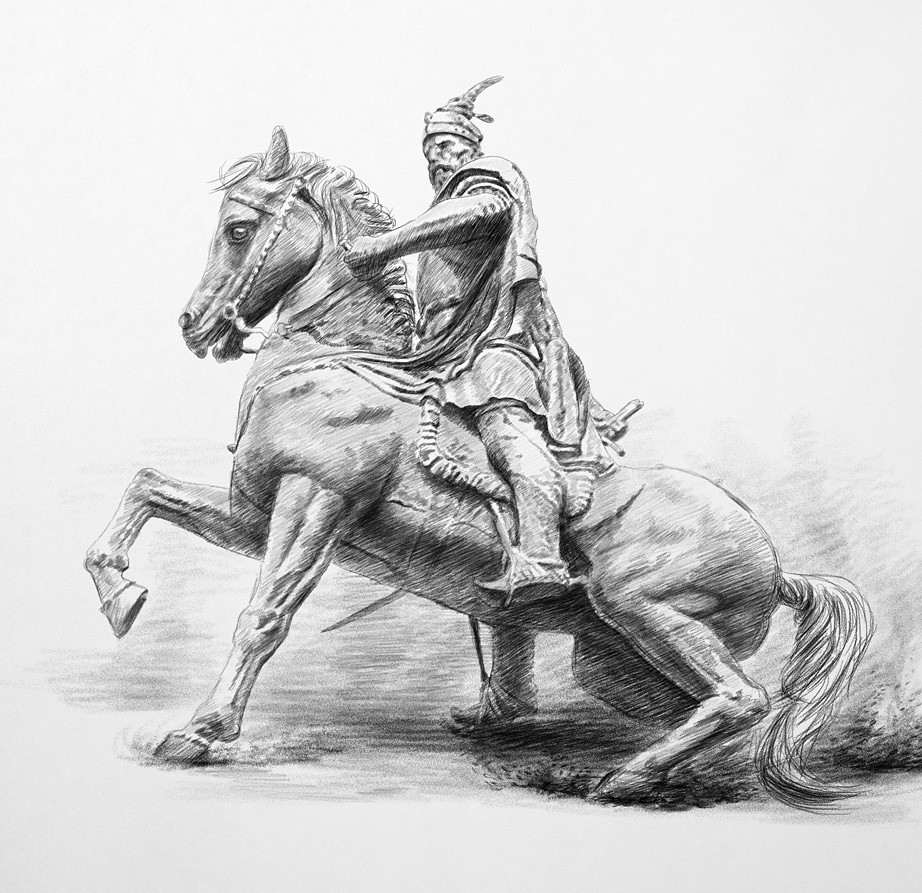 On the 28th of November, 1443, Skanderbeg was sent, by the Sultan, to battle the Hungarians. It was on this day that Skanderbeg deserted the Ottoman army, took along 300 of his loyal men and led the way into Albania. His historical entrance in the city of Kruja on the 28th of November eventually became the date that Albanians would celebrate their independence, in 1912. Once established in Kruja, the hero declared war against the Ottomans and, within a year, proceeded to unite the Albanian principalities through arranged marriages and diplomacy. By 1444, Albania had created a strong unified front against the Ottoman Empire with Skanderbeg as its leader.

Skanderbeg died on January 17th, 1468 in the city of Lezha at the age of 63. A number of scholars claim that he died of natural causes while others have put forth the thesis that he was poisoned. One thing is clear: his death marked the end of the resistance against the Ottoman Empire. Understandably, he remains a point of pride and inspiration for the nation. His armor, helmet, and sword have inspired and continue to inspire many of the country’s visual artists.

More About the Hero

Kruja, the city-symbol of the resistance against the Ottomans, is the place where one can learn all about Skanderbeg and his history. Located within the Kruja Castle complex, the Skanderbeg National Museum represents the central source of information regarding the national hero. In Tirana, the famous Skanderbeg statue by the talented sculptor Odhise Paskali, marks the very heart of the city, the main square named after the hero. Many other buildings in the main square such as the National Historical Museum and the National Library have plenty of information and exhibits dedicated to the hero, as well.