The Archaeological Museum of Tirana - Into Albania

One of the most important museums in the country, the Archaeological Museum in Tirana contains some of the most famous treasures of Albanian archeology.

If you would like to travel through centuries of history and learn about all the ages of an ancient place like Albania, the Archaeological Museum, located in the very heart of the capital, at Mother Teresa Square, should be your first stop. Organized according to a thematic and chronological order, with over 2,100 objects that are carefully distributed throughout five large halls, the museum allows the visitor to become acquainted with the various historical periods of the Albanian territory and the relevant findings belonging to these periods. 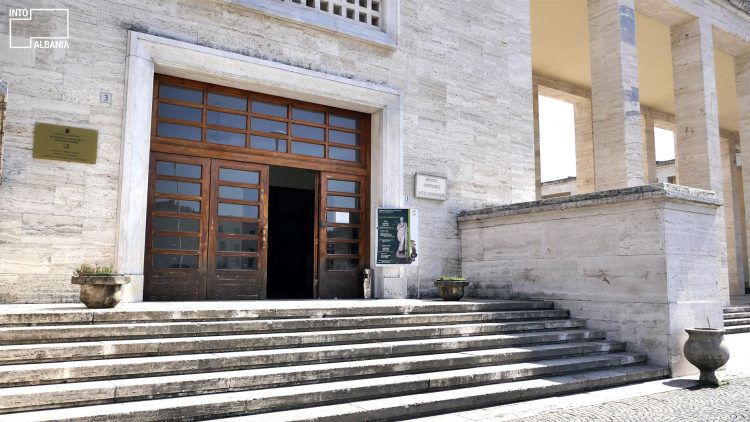 This museum, the first of its kind in Albania, was established after the Second World War and, in its beginnings, it stood together with the Ethnographic Pavilion. With the dramatic increase in the number of objects, the museum had to move to its present building in 1958. Here, the museum’s space was devoted solely to the housing and display of archaeological objects.

The Prehistory Pavilion, with two halls dedicated to this particular period, contains lithic objects made of flint which testify to human activity going back to 160 thousand years before Christ (the Paleolithic) until 7000-1000 BC (the Mesolithic).

Moving on to the Neolithic period (6000-4000 BC), the growing importance of agriculture and livestock in everyday life becomes apparent. This period is known for its ceramics and the use of objects like axes or hammers made of polished wood. 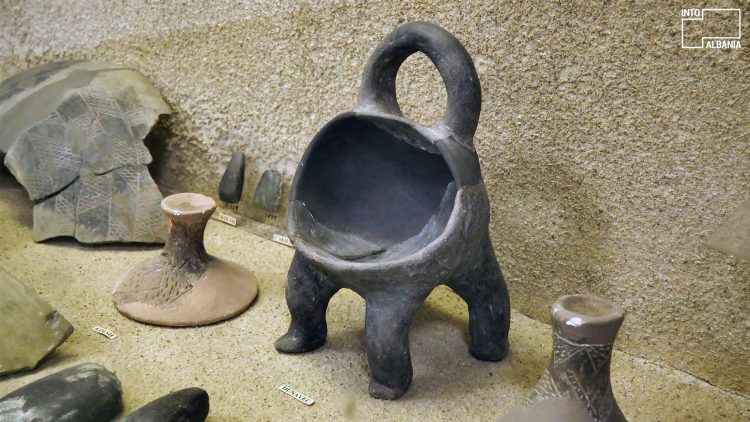 Rhyton, a vessel which served as a cult object during the Middle Neolithic Period, found in Dunavec.

Moving through the Eneolithic Period, the Bronze and Iron Ages in sequential order, the visitor may notice, through the displayed objects, the noticeable progress in the techniques of making weapons and other work tools. 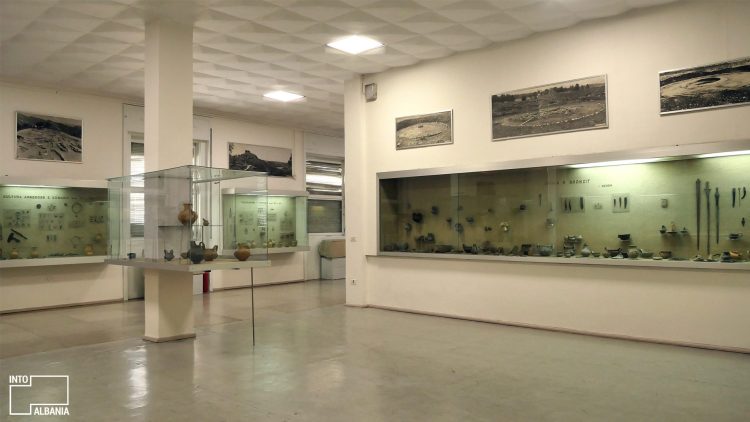 In the museum’s third and fourth halls, dedicated to the Archaic period and up to the period of Late Antiquity, the visitor will see numerous interesting objects which show the development of Illyrian civic centers. Some of this pavilion’s most distinguished objects are various weapons including helmets, shields, spears, and swords, among others, which come from this time period’s different cities. 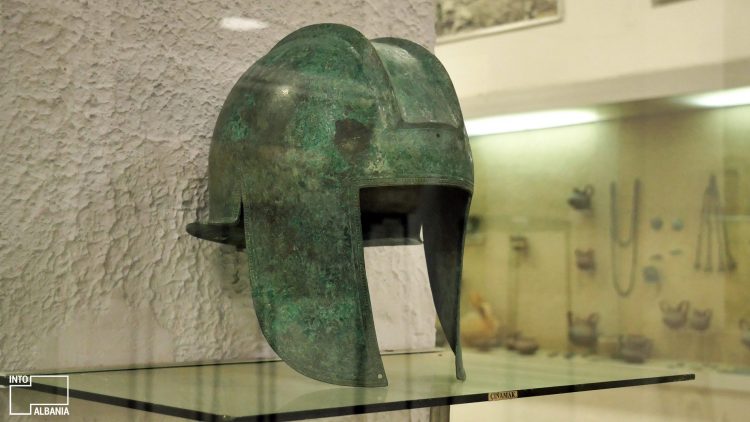 An Illyrian helmet of the 5th century BC, discovered in Çinamak.

From the clay figurines, jewelry, and glass products, to the rich collection of sculptures as well as the portraits of Roman emperors and other prominent figures of the time, these rooms offer the most readily graspable history of the Illyrian culture there is, the one told through objects. 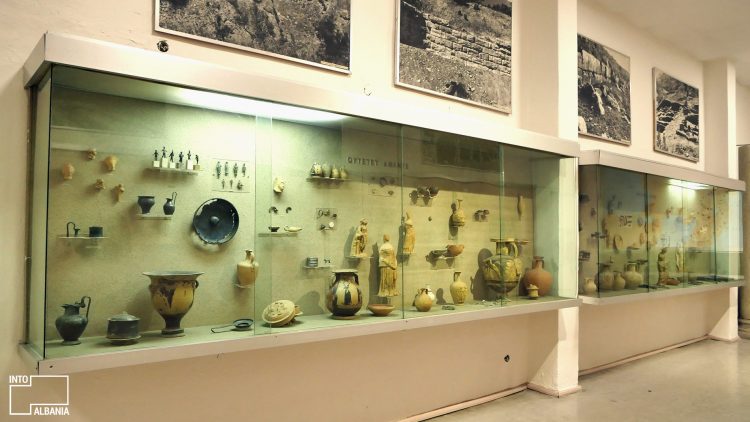 Objects from Amantia, photo by IntoAlbania. 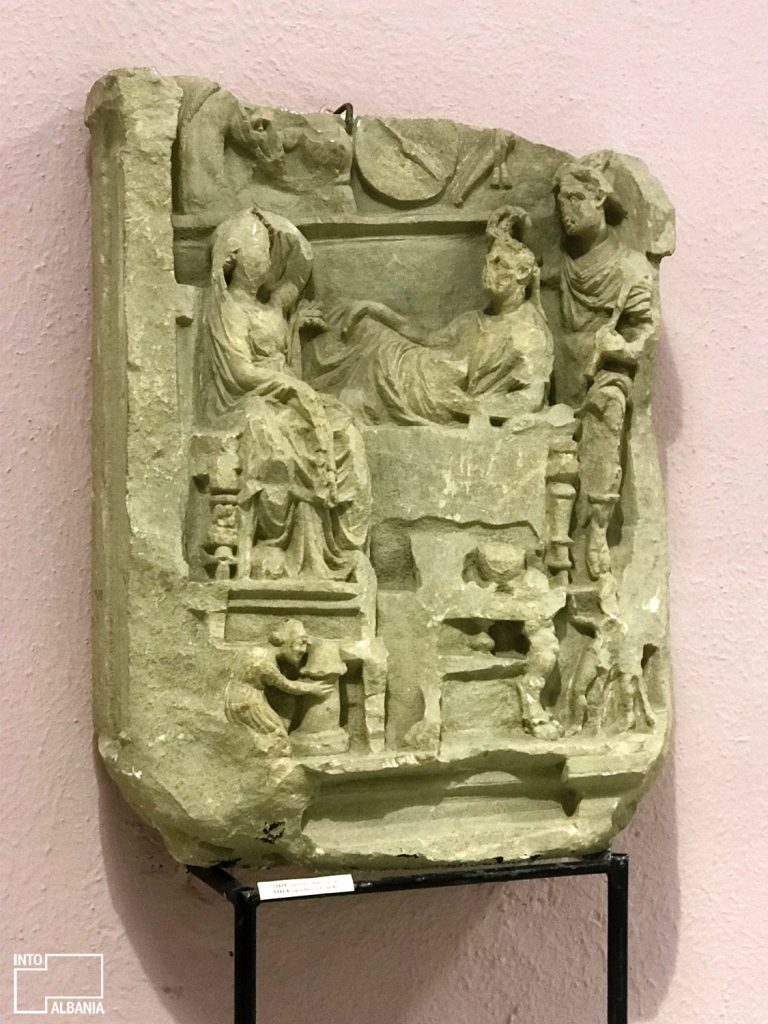 Funereal stone, discovered in Lapardha in the 3rd century BC. 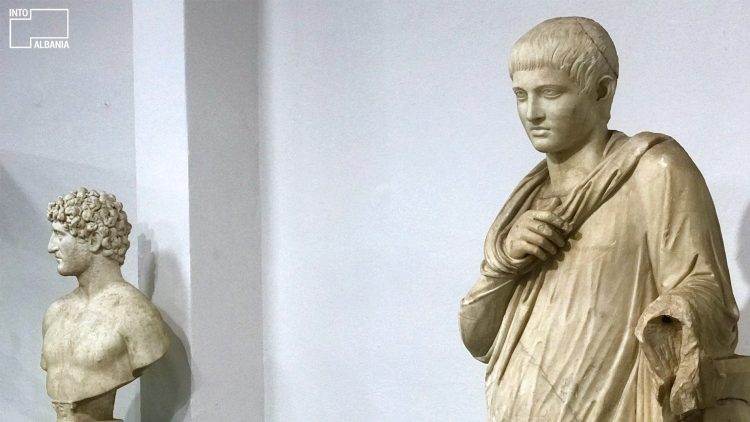 The bust of an aristocrat, Apollonia, on the left, and the tall statue of a boy, Apollonia, 2nd century BC. Photo by IntoAlbania. 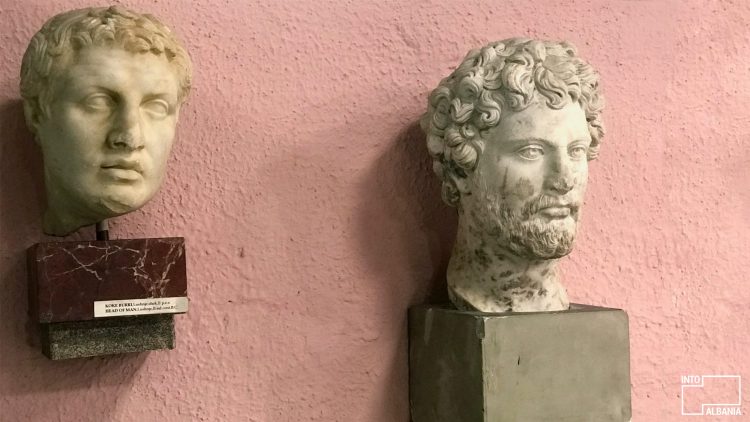 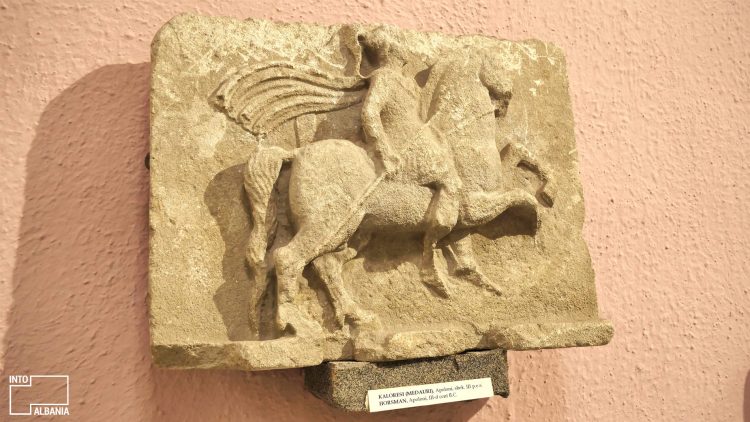 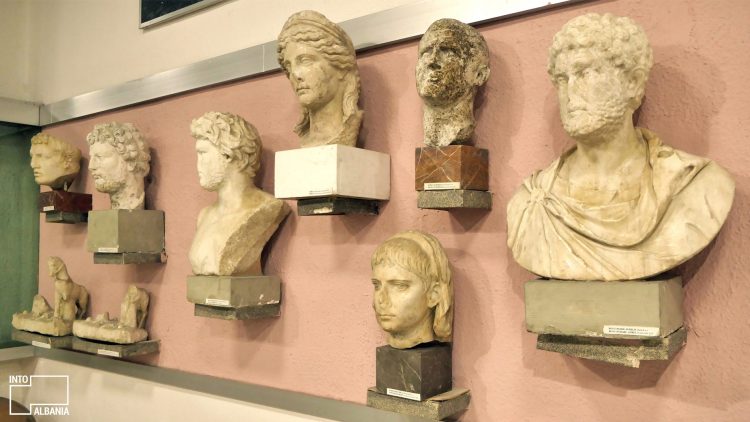 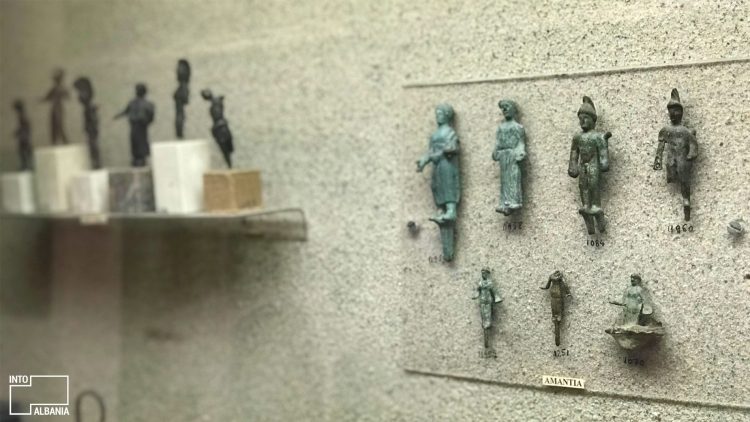 The final stop on your journey will be the room housing objects pertaining to the periods of Late Antiquity and the Middle Ages. Here, the visitor will be able to detect the first definitive traces of the Christian religion in architecture and even everyday life. Mosaics, tombstones, and architectural sculptures represent some of the most significant objects belonging to this time period. 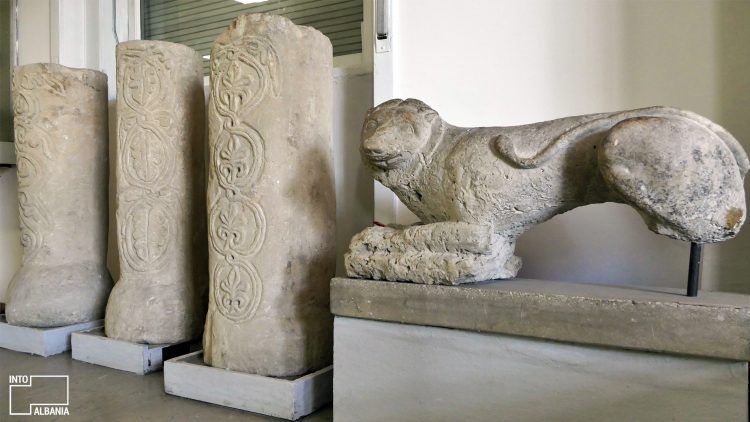