The Paleochristian Basilica of Lin - Into Albania

A Historical and Aesthetic Treasure of the Balkans

Idyllically situated on the shores of Lake Ohrid, Lin is a postcard-perfect village that is only recently garnering the accolades it deserves not only for its landscape and picturesque views, but for its history, specifically its early Christian basilica and mosaic, perhaps the oldest in the entire Balkan region.

Atop the cliff that makes up the Lin Peninsula stands the rare historical site of the early Christian (or Paleochristian) basilica, and the remarkably preserved mosaic found within it. Surrounded on all sides from the comforting waters of Lake Ohrid, the views from this particular spot are breathtaking. The preservation of history and natural beauty does not get much better than this! 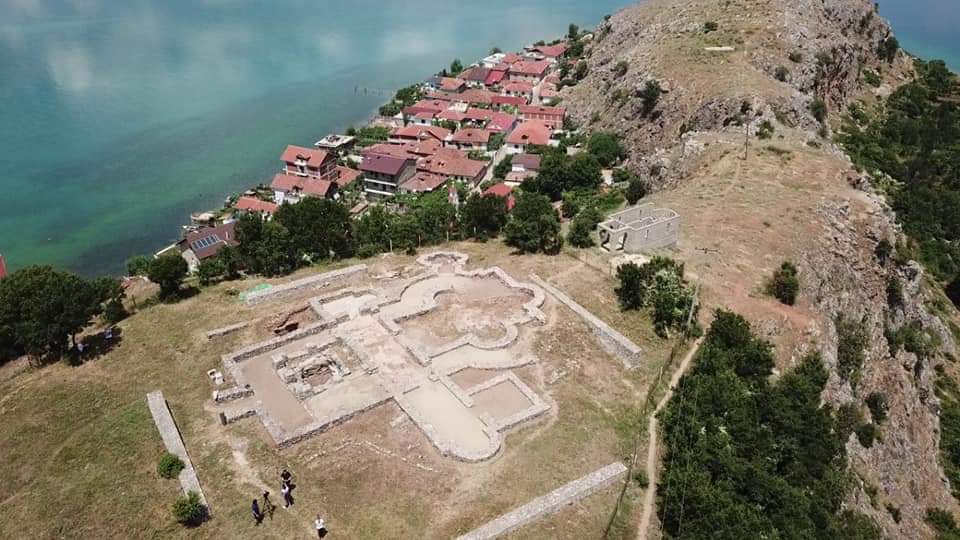 Lin Village from above. Photo by DRTK Korçë.

Preserved wonders of the 6th century

This 6th century basilica is one of the most important monuments of cultural heritage in the entire Balkan region as it amazingly preserves its planimetry and mosaic floors almost to their entirety! First discovered in 1967, the basilica and mosaic were not completely unearthed until a year later, in 1968. Many of the archaeological materials and objects discovered in the basilica include copper coins from the period of the Roman emperors Justin (518-527) and Justinian (527-565), as well as ceramic vessels from the Illyrian period of the first half of the first millennium the 5th-8th centuries A.D.

The mosaic of the basilica. Photo by DRTK Korçë.

A world of color

The basilica had seven main halls, all decorated with mosaics. The predominant colors used in these beautiful constructions are white, black and red but other hues like brown, green, yellow, orange have also been used. While the main motifs are of a religious nature – the different scenes belonging to the Eucharist, for instance –  the mosaics include braided motifs, scenes from the aquatic world, birds, various flowers with the most interesting being the lotus, the broken cross symbolizing the sun as well as several patterns that are uncommon in Albanian mosaics, such as rabbits and bees. All these composite elements of the Lin basilica share similarities with other monuments of the region. Indeed, scholars believe that the basilica was built by the same construction and mosaic ateliers operating in the Lake Ohrid area, close to the important Illyrian city of Lyhnid. 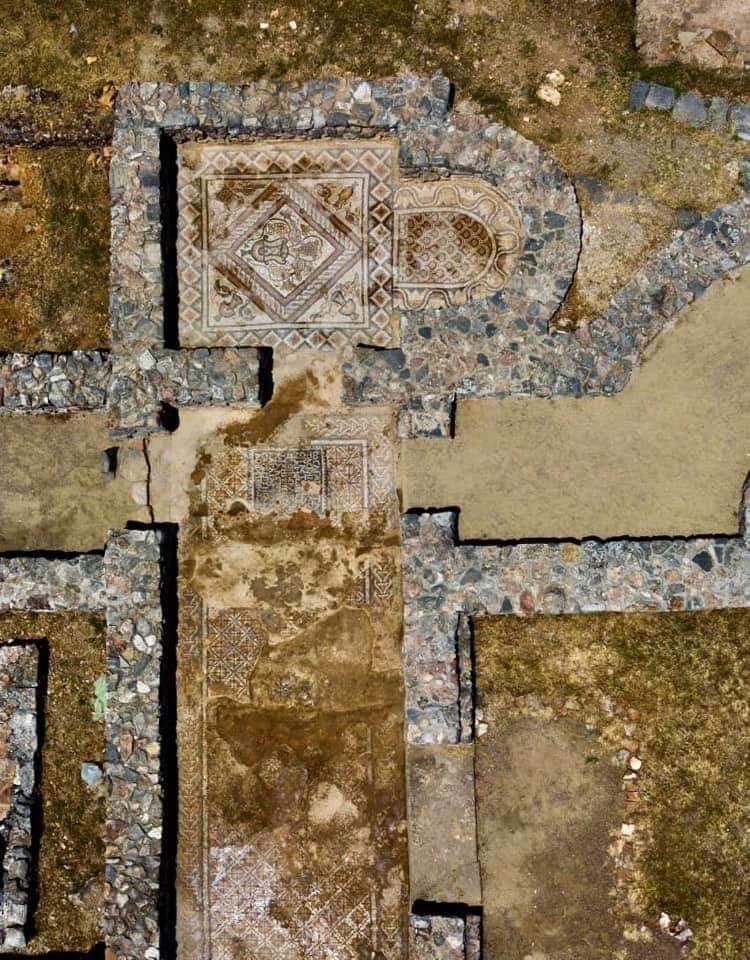 The mosaics and the basilica in Lin. Photo by DRTK Korçë.

Today, this basilica, a UNESCO World Heritage site, has turned into a fascinating touristic spot. The Lin mosaic is a precious piece of cultural heritage, deemed the most special of all other similar exemplars bearing religious characteristics. After 20 years, the mosaic and the basilica have finally undergone interventions aimed at their conservation and cleaning, ultimately restoring the basilica’s beauty. The interventions made both in the mosaics and the basilica have also allowed for the opening of some premises within it which can be viewed up close and even touched by the visitors, enabling a thorough experiencing of this cultural monument located in the beautiful city of Pogradec. 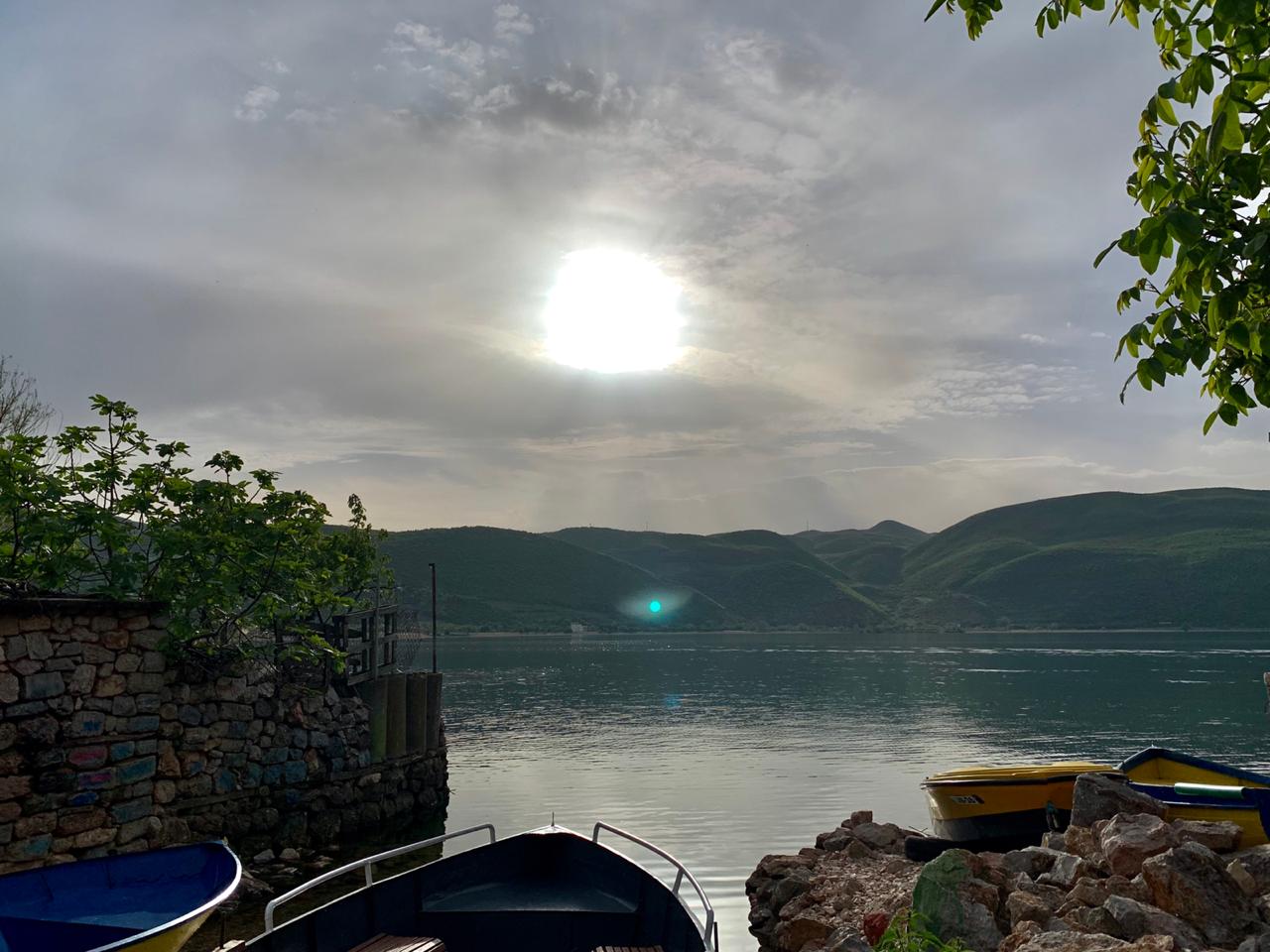