Via Egnatia Itinerary - Into Albania

Via Egnatia, one of the most important trade routes of the Roman Empire’s ingenious road network, once connected the Eastern and Western parts of empire. Constructed by the Romans in the 3rd century B.C., the road was functional for almost two millennia.

The traces of this epic road, which unite all Balkan countries, begin precisely in the territory of Albania, its gateway into Europe. Albania (ancient Illyricum), Macedonia, Greece, and Turkey are joined to this day from the archaeological remains of the old Egnatia trail. Often referred to as the “Great Road,” Via Egnatia perhaps most comprehensively reveals the mixture of cultures that have become the Balkans.

The hundred kilometers of road begin in Durrës (ancient Dyrrachium), Albania’s main port city, and the Illyrian city of Apollonia. These two ancient branches join in the city of Elbasan and continue on to Bitola, Macedonia and Thessaloniki, Greece. The road branches off again and touches Bulgaria and Istanbul (ancient Byzantium). Because of the remote places it reached and joined, this road was deemed an extension of yet another significant, ancient Roman road: Via Appia. 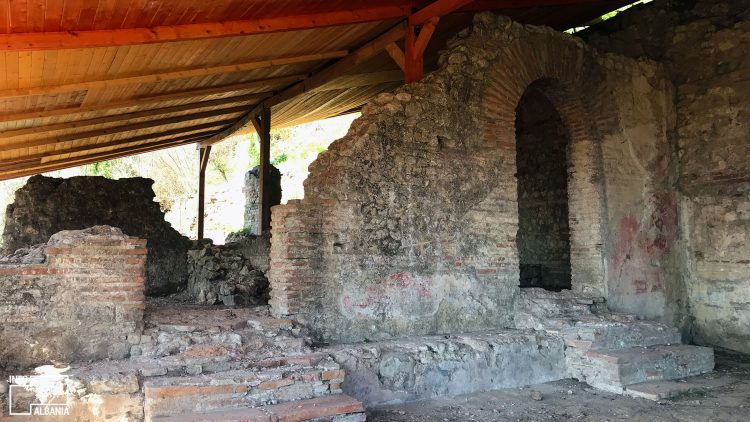 Ruins of “Ad Quintum” station in Bradashesh, photo by IntoAlbania.

Similar to Via Appia and other major Roman roads, Via Egnatia is easily recognizable from the material from which it is constructed. Its surface comprised of typical large polygonal stone slabs covered in sand is iconic, creating a more grandiose version of a cobbled stone alley. The road once covered a total distance of about 1,120 km (or 696 miles), connecting Rome to Constantinople (modern-day Istanbul), and its width was approximately 6 meters.

One of the greatest archaeological finds of the last century in Albania is located only 7 km from Elbasan, near the village of Bradashesh. We are talking about the remnants of the ancient Roman
station of Ad Quintum, or “the Fifth Mile” in ancient Latin. The Roman station was unearthed in 1968, during an archeological survey near the ancient Via Egnatia. However, restoration efforts
began in 2017, revealing this highly valuable attraction to the public only recently. The Roman station once connected the ancient city of Dyrrhacium with Byzantium. The complex includes
two monuments: a Roman bath, known as mutatio, a change-over station where the horses were changed by official couriers, and the remnants of a Nymphaeum, a monumental water fountain.
The first evidence of their existence dates back to the 2 nd century AD and, as a consequence of their considerable age, the monuments represent important artifacts for the cultural heritage of
Albania. 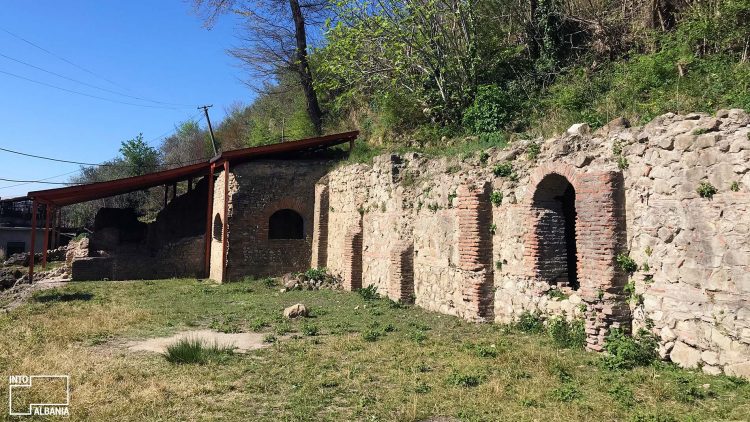 Ruins of “Ad Quintum” station in Bradashesh, photo by IntoAlbania.

Several tours are available that let you see and experience the spectacular views along the Via Egnatia. Albania Express Travel’s tour takes you from Durrës beyond the Albanian border, through Thessaloniki, all the way to Istanbul. For the detailed itinerary, click here.

For the more adventurous explorers, Via Egnatia Foundation gives a detailed itinerary of the first part of the Via Egnatia hiking trail, which stretches for approximately 475 km. It begins in Durrës, on the Adriatic coast, and goes through Albania, Macedonia and Greece, concluding in Thessaloniki.