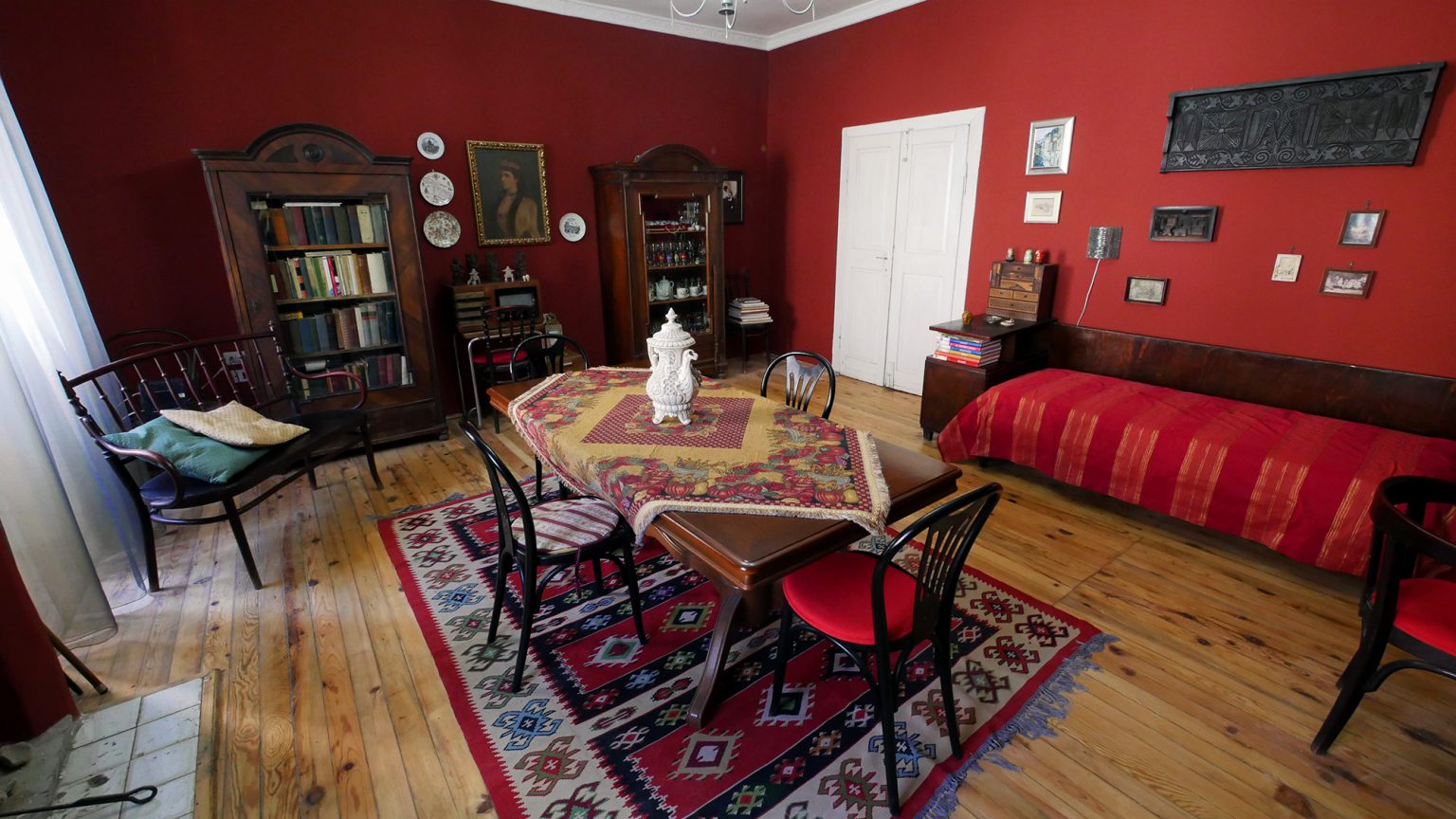 Located at the very heart of Durrës, less than five minutes away from the Amphitheatre and other similar monuments, Vila Austria 1843 offers a unique rendezvous with the city’s history.

You’d be hard pressed to find a more convenient and fascinating place than Vila Austria 1843 when staying in Durres. The age and history of the villa, with close historical ties to the Tedeschini family, which in turn has greatly contributed to many facets of Albanian society, are just a few of the reasons to spend some time in this exceptionally luxurious spot. 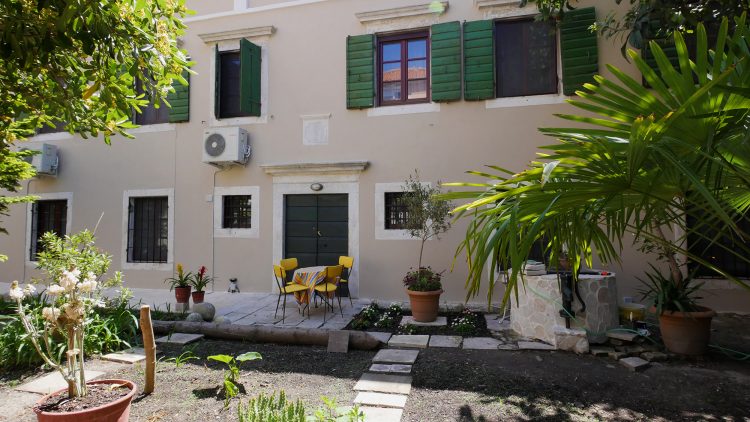 The villa’s exterior, photo by IntoAlbania.

The History of the Tedeschinis

The structure is also known as the Tedeschini Villa, the Tedeschini’s were the family who built the villa and ownership still remains within the family name to this day. The first of the Tedeschinis came from Vasto in Italy and initially settled in Shkodra, where he opened the city’s first foreign pharmacy. Evidence of this family’s presence in the northern city dates back to 1766, the year in which Emidio Tedeschini sent a letter to the Republic of Venice, expressing his wish to become Vice-Consul of the Republic.

At this time, the family moved to Durrës, where the surname Tedeschini became synonymous with the Venetian consulate and, afterwards, with the Austro-Hungarian one.

1843 marks the year that the villa was constructed, more than 170 years ago, making this place the city’s oldest but still inhabitable villa. It was built with dual functionality; the villa housed the Austro-Hungarian Consulate as well as being the home for the Tedeschini family. The centuries-old furniture decorates the villa’s rooms beautifully and are well-preserved to this day. 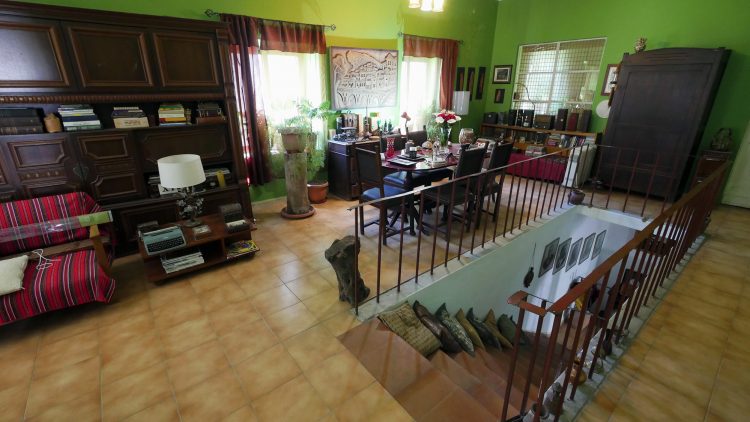 The hallway and stairs connecting the two floors, photo by IntoAlbania.

The Fireplace Room is undoubtably one of the best spots in the villa. Once in it, the visitor can splendour at the villa’s elegant architecture and rare artefacts. These include old family books and even some original works of art! One significant example of the latter is a portrait of the famous Austrian empress, Sisi, which adorns the villas walls and has done for more than two centuries. This room, like the rest of the villa’s shared spaces, embodies the important socio-political role played by the Tedeschini family throughout the country’s history. 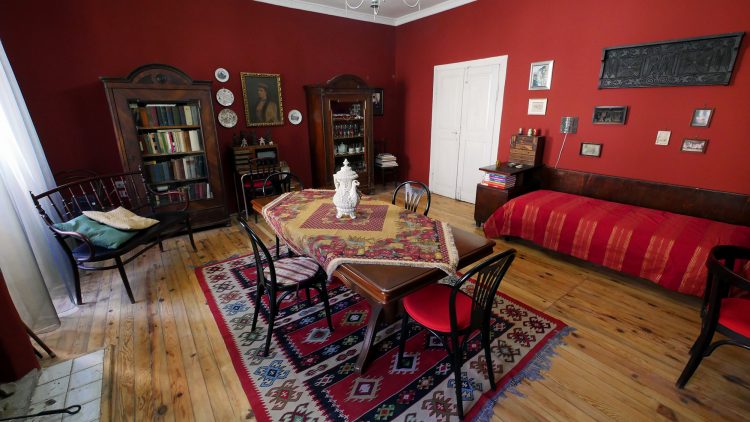 As the headquarters of the Austro-Hungarian Consulate, the villa has seen many prominent names passing through its doors throughout the years. Among the most well-known is Albanian history specialist and diplomat Johann Georg von Hahn who, following his visit to Durrës in 1851 and his stay at the Tedeschini villa, wrote in his book Albanian Studies that he would “be eternally grateful for the hospitality he encountered there.” 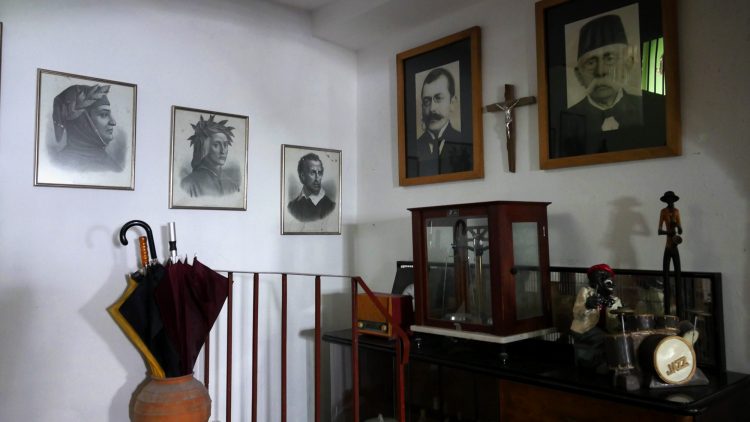 The villa’s interior, photo by IntoAlbania.

Another rather well-known guest of the period was the Archduke of Austria Prince Maximilian, brother of Austrian Emperor Franc Joseph. The prince included his impressions of the Tedeschinis and their villa in his memorial, depicting his travels to Albanian cities at the time.

One could write endless volumes about this family and still not do justice and properly illustrate their contribution to Albanian society. 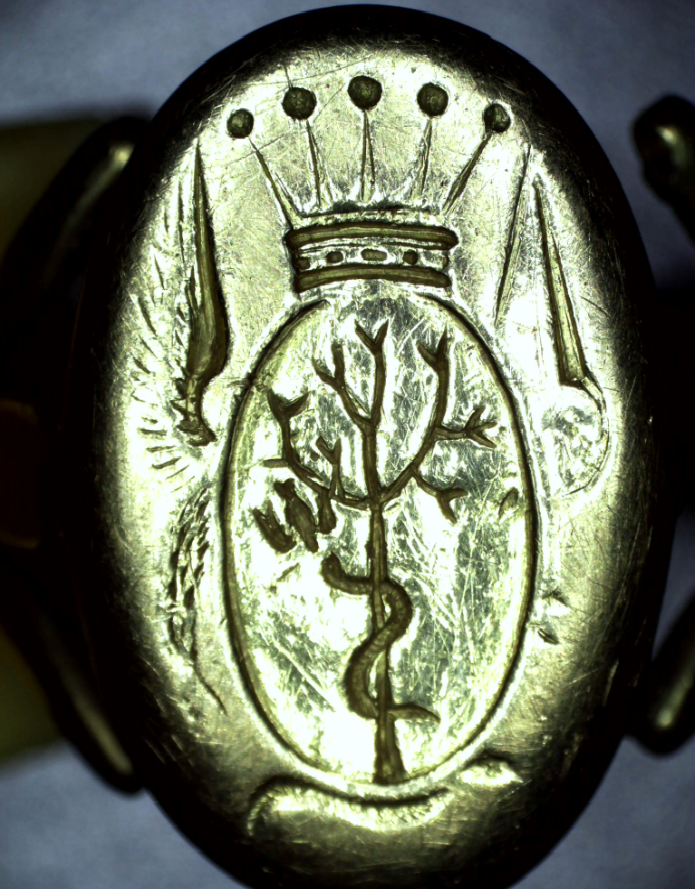 Beyond their political role, for the 60 years as a consulate, the villa included a pharmacy operated by the Tedeschinis which served the poor free of charge, vitally supporting those in need. 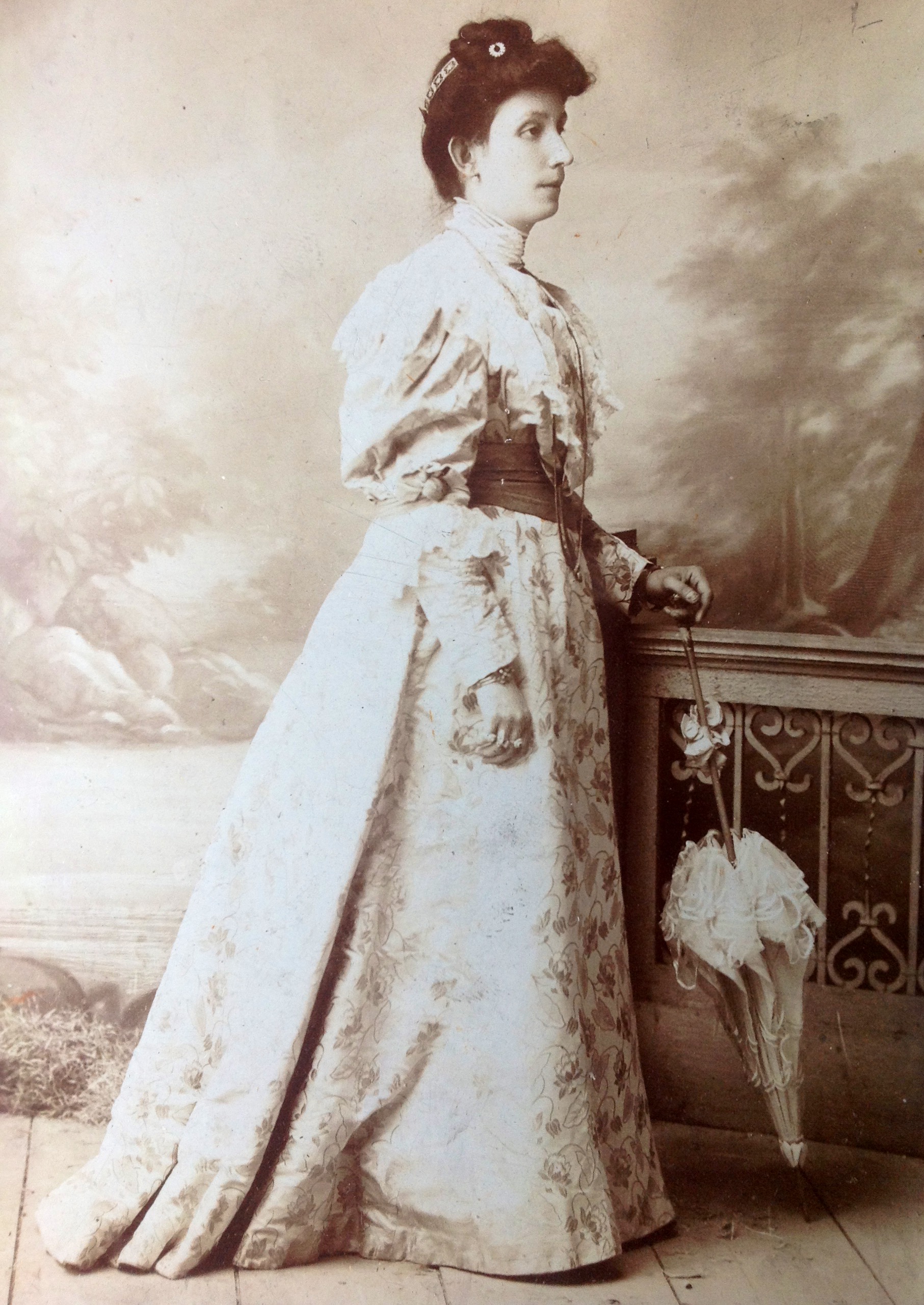 Justina Tedeschini, one of the villa’s heirs at the beginning of the 20th century. Photo credits: Joseph Tedeschini.

Luigj Gurakuqi, one of Albania’s most prominent patriotic figures, is also related to the Tedeschinis, as his grandmother was Agata Tedeschini.

A significant contribution was thanks to lawyer Emid Tedeschini, who assisted in the codification of the Kanun of Lekë Dukagjini. His son, Joseph Tedeschini, shows us the original manuscripts of his father’s extraordinary work on this volume, amazingly it’s still preserved in the villa. Other works of Emid Tedeschini include the translations of important legal, linguistic and literary documents in Italian, English, and German, to name but a few languages.

Currently a guesthouse, this house offers accommodation in any of its 4 rooms (three of them with double beds and one with two single beds), two common bathrooms, a kitchen, a fantastic veranda, and additional common spaces. 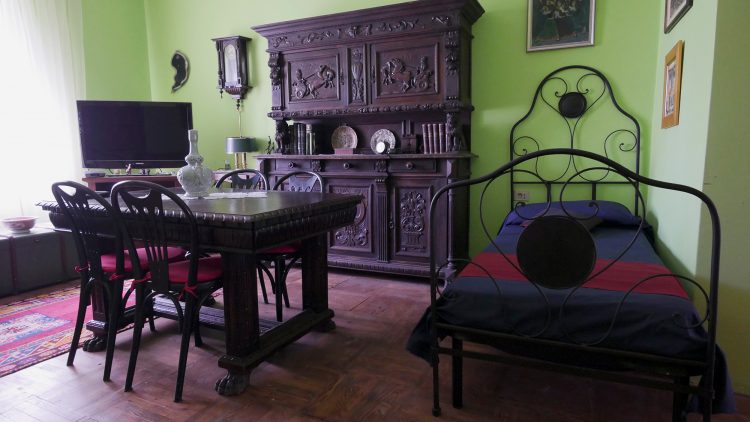 One of the villa’s rooms, photo by IntoAlbania.

A solid tradition of hospitality has been passed on throughout this family’s generations. To this day, if you choose to visit or stay at the villa, you’ll have the chance to experience this long-lasting legacy first-hand by meeting Alma and Joseph Tedeschini, family descendants and heirs to the villa. 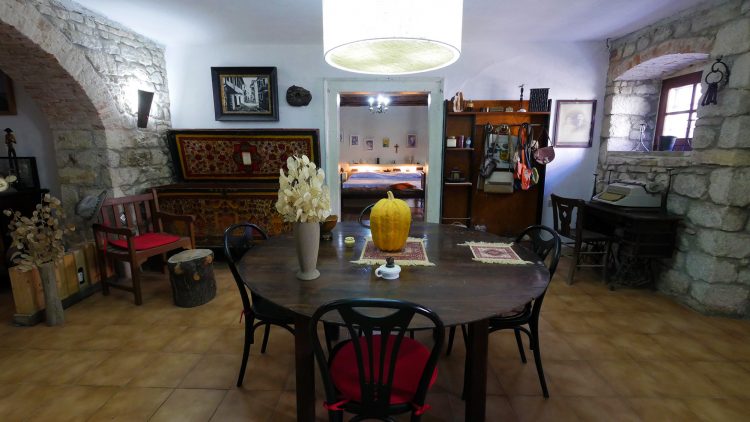 One of the villa’s shared spaces, photo by IntoAlbania.

Trust us when we say they have plenty of fascinating stories about the family, explanations about the history and functionalities of the furniture, and they’ll happily take you through the people in the photos displayed throughout the house. Last but not least, you can even try the tasty desserts and glikos made with love by Alma herself. For the absolute best that Durrës has to offer, a visit to Vila Austria 1843 is a must. Not only does a stay at the villa take you back in time, but it also gives you a taste of the modern state of Durrës. It’s a villa truly at the heart of the city.