Throughout history up until this day, Albania’s small population has produced some notable names, a list of astounding, courageous, and talented individuals. Here, it is only fair to mention the one name that continues to engender great pride in the country, the world-class humanitarian, winner of the Nobel Peace Prize, ordained saint Mother Theresa. Second to none is the country’s fearless national hero who brought Albania its independence, Gjergj Kastriot Skanderbeg. (Read our Skanderbeg tour here)

Just to name a few, the list of internationally popular names includes the Nobel Prize shortlisted author Ismail Kadare, the acclaimed soprano Ermonela Jaho, whose interpretation of La Traviata’s Violetta is lauded around the globe, the photographer who took some of Pablo Picasso’s most famous shots, Gjon Mili, and even  pop starlets like Dua Lipa, Rita Ora and Bebe Rexha. Not to be left out are Jim and John Belushi, the Albanian brothers of Saturday Night Live fame.

The country has been muse to many an international poet, artist, traveller or storytellers such as Lord Byron, Edward Lear, and Edith Durham who ardently shares Albania’s particular charm with the world through sketches, poems, and prose.  Who knew that this small country could inspire such greatness? 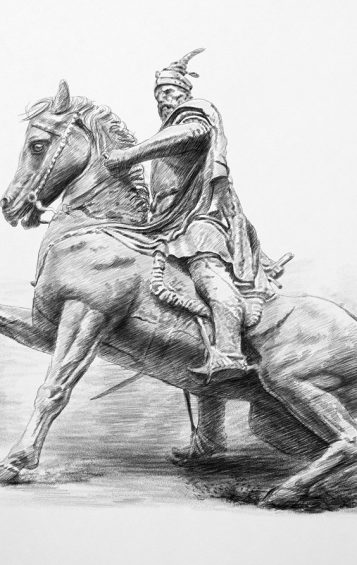 Gjergj Kastrioti Skënderbeu, the quintessential hero who never forgets his homeland and returns to protect it, is Albania’s point of...