Top 10 Free Things to Do in Elbasan - Into Albania

Top 10 Free Things to Do in Elbasan

A center of history, culture and religious coexistence, the city of Elbasan offers loads of interesting attractions and stunning natural sites that do not require you to spend any money.

From canyons and waterfalls to mountains, castles and much more, below is a list of the very best 10 free activities you can enjoy in Elbasan.

1.  Experience the ancient Castle of Elbasan

Located in the city’s center, the Castle of Elbasan is the city’s most visited and beloved touristic spot. The castle houses a great number of historic and cultural monuments which beautifully illustrate the country’s ancient past. In the castle, you will have the chance to see the Orthodox Church of St. Mary’s Assumption, the King’s Mosque, the former women’s hammam as well as the Clocktower.

At only 30 minutes from the city, you have the opportunity to witness one of the most wonderous attractions in Albania. The picturesque Belsh includes as many as 85 karstic lakes! The main ones are the lakes of Belsh, Seferan, Merhoje, Cestije, and Degë, among others. The most beautiful detail, which grants this landscape its singular striking nature, are the gorgeous white and yellow water lilies. Claude Monet would have had a field day here and so should you!

3.  Witness the medieval romanticism of the Mosque of Nazireshë

For those interested in the city’s religious history, we definitely suggest a visit to the Mosque of Nazireshë. This mosque is one of the most important religious structures in the country! Built in the 16th century, the mosque’s medieval architecture is stunning. Located in the city’s southern perimeter, its construction was commissioned by one of the city’s high officials who gifted it to his wife, naming the mosque after her.

4. Be wowed by Holta’s Canyon

For those in search of adrenaline-charged gorgeous adventures, Holta’s Canyon is the right destination. One of the country’s natural treasures, the canyon will leave you completely speechless with its high slopes, small waterfalls and crystal-clear waters. The canyon represents a veritable treasure of Gramsh, a town in Elbasan county.

5. Admire the spectacle of Sotira Waterfall

You will encounter Sotira Waterfall amidst an entirely untouched landscape. Located not far from Gramsh, the waterfall is surrounded by valleys and forests, creating the image and sensation of an earthly paradise. It is undoubtedly one of the area’s most beautiful natural monuments and worth witnessing!

6.  Discover the Monastery of St. John of Vladimir in Shijon

Located near the ancient site of Bradashesh, this monastery is a wonderful opportunity for those interested in religious monuments. This is the region where the preaching of the Orthodox faith began centuries ago. In fact, there is a special feast, celebrated in his name, every 4th of June.

7. Relive the Roman and Ottoman periods with Peqin Castle and the Clocktower

The region of Elbasan is famous for the intersection of historical ruins from both the Roman and the Ottoman periods. Not far from the city, you can find the ruins of Peqin Castle, belonging to antiquity. Meanwhile, the clocktower, located in the city center near the central mosque, is another fascinating site. It was built during the Ottoman period in 1840, as part of the mosque, and is well-known for its architectural value.

﻿8. Find yourself in the refreshing outdoors of Gjinar

Less than 25 km away from Elbasan, Gjinar Village is considered one of the most popular touristic attractions of the region. Most locals love organizing picnics and enjoying the fresh air in this charming area. However, there are plenty of gorgeous old churches that are worth visiting here, as well. There is something for everyone in this simple but transformative area.

9. Stop by antiquity at the Ad Quintum Roman Station in Bradashesh

Bradashesh has become an important historical attraction, ever since the discovery of Ad Quintum, a Roman station. This station, meaning “fifth mile” in Latin, was discovered in 1968 and underwent restorations in 2017. Located along the famous ancient roman trade route Via Egnatia, Ad Quintum is an important artifact of Albania’s cultural heritage. One of the area’s most valuable touristic attractions, it is, fortunately, open to the public.

10. Relish in the wonders of the Lakes of Funari

Last but definitely not least, we have the gorgeous Lakes of Funari. Located between Tirana and Elbasan, at a distance of only 20 km away from the latter, this area’s hills, rivers and lakes create a natural amphitheater. This ideal nature spot, which takes its name from Funari Village, boasts forests rich in a variety of trees. Most stunning are its lakes, which are also suitable for various types of water sports. In short, this is the ideal place for enjoying nature and all of its infinite gifts. 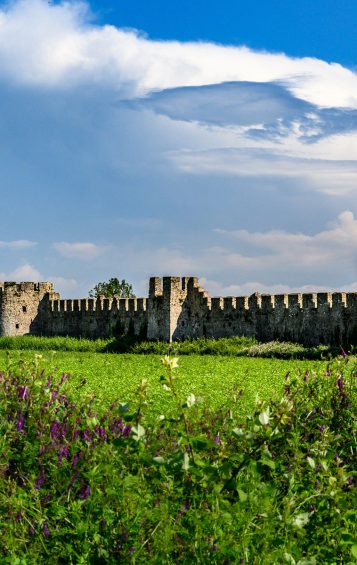 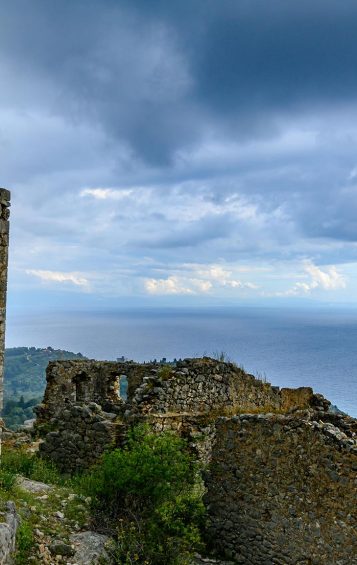 Though the picturesque village on the Ionian Coast is best known as a beach destination, it hides within it the... 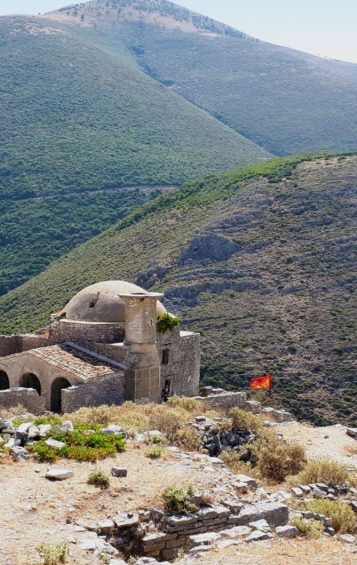 A much-desired object by Albania’s many occupiers throughout the ages, the ancient Borsh Castle, which also hosts the only mosque...