Cultural Life in Korça Restarts: A Summer Full of Activities - Into Albania

Live cultural activities have been sorely missed during the Corona virus lockdown. Thankfully, events are restarting, but always in accordance with this new altered reality.

Korça’s mainstay tradition, the carnival, will not be canceled this year. However, due to the pandemic, the legendary event will have to wear a new kind of mask. This is the official announcement from the Municipality:

“We will not have a parade! We will not gather at the city center. But, we will have the CARNIVAL everywhere!” 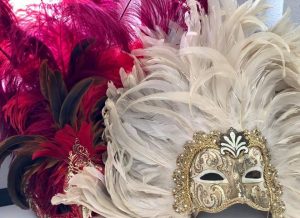 As it turns out, the vibrant spirit of this event cannot be dimmed. However, this time, a major part of the celebration falls on the people.

“We will have the carnival in all areas of town! All day and everywhere, we will all do our part to witness the carnival. Let’s get dressed up whether we stay home, take a walk of just to take a photo. It will be different but so beautiful!” the announcement continues.

Do your part and join in.

At the end of July, specifically on the 25th, 26thand 27th, Korça will host the new edition of MIK Fest. As stated in the same interview, Ms. Zamira Kita claims that, even this year, there will be no shortage of the foreign artists who have traditionally participated – either by playing an instrument or singing – in this festival.

June 22nd marked the 70th anniversary of the renowned Andon Zako Çajupi Theatre. In an interview aired on “Good Morning Albania,” the daily TV show of RTSH, the public TV channel, the theatre’s director, Mrs. Zamira Kita, announced that, while a present celebration is impossible, the actors and employees are organizing a special ceremony in September.

Another cultural event will be added to this special celebration, Mrs. Kita adds, as “we will also have KoKo Fest (the comedy festival that is held annually in Korça) which, this time, will be organized outside, in order to maintain the proper social distance.” 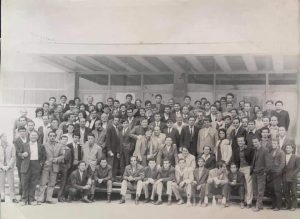