UNUM Festival: 4 Days of Music, Nature and Fun - Into Albania

As expected, UNUM Festival succeeded in attracting thousands of participants who, for four entire days, partied in the beaches of Shëngjin, making the first edition of this event a real success!

The expectations for this particular fest were great and, fortunately, they were fulfilled! UNUM, the electronic music festival in Shëngjin, gathered thousands of this music genre’s fans from Albania, Kosovo, as well as the region and the entire world. Organized by a team of international experts from Kosovo and several other nations, in cooperation with the Ministry of Tourism and the Environment, the festival, in this first edition, already established itself as a mainstay of the Albanian summer season. 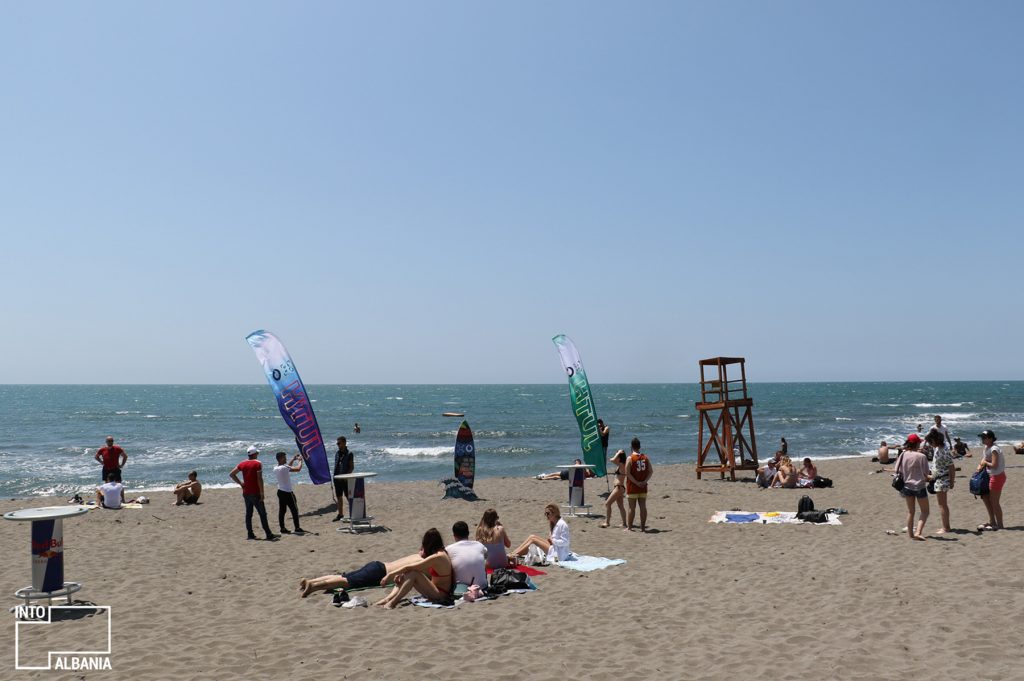 An old wooden ship, seemingly battered by the Mediterranean winds, served as the main stage for this event. The diverse nationalities of the DJs, participants, their emotions and experiences became anchored in Rana e Hedhun, where they fused into one. Not incidentally, the name of the festival, UNUM, means “one” in Latin. 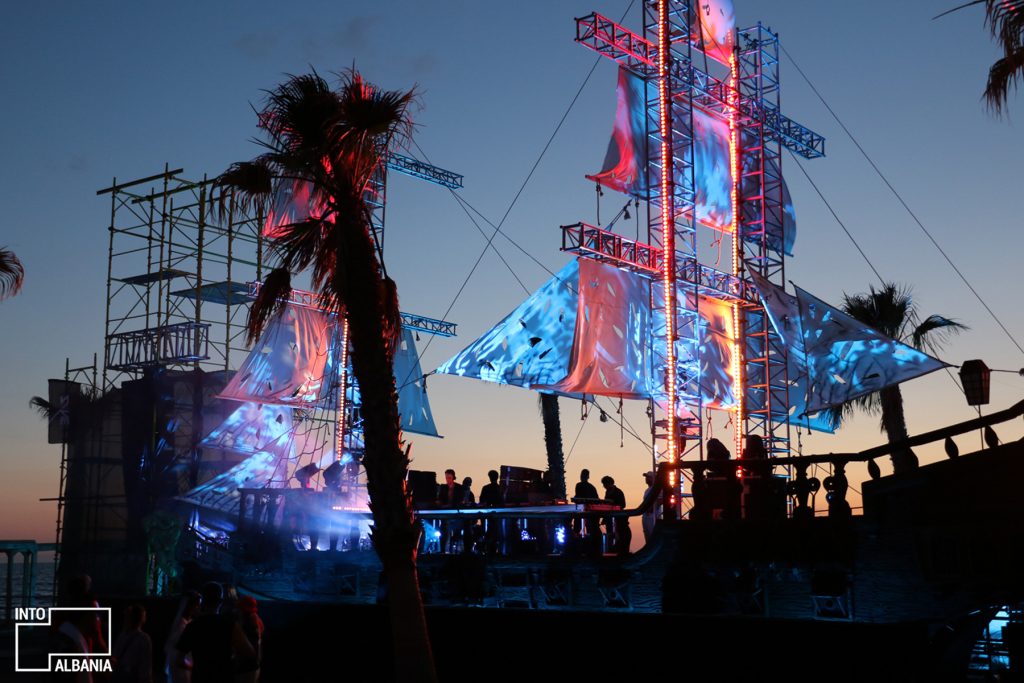 The Main stage at UNUM Festival, photo by IntoAlbania.

Over 50 DJs hailing from all over the world performed from morning ‘til night, from May 31st to June 3rd. On the first night, the main stage was lit by DJ Shaun Reeves and special guest Joseph Capriati, who kept the party going until the early hours of the morning. 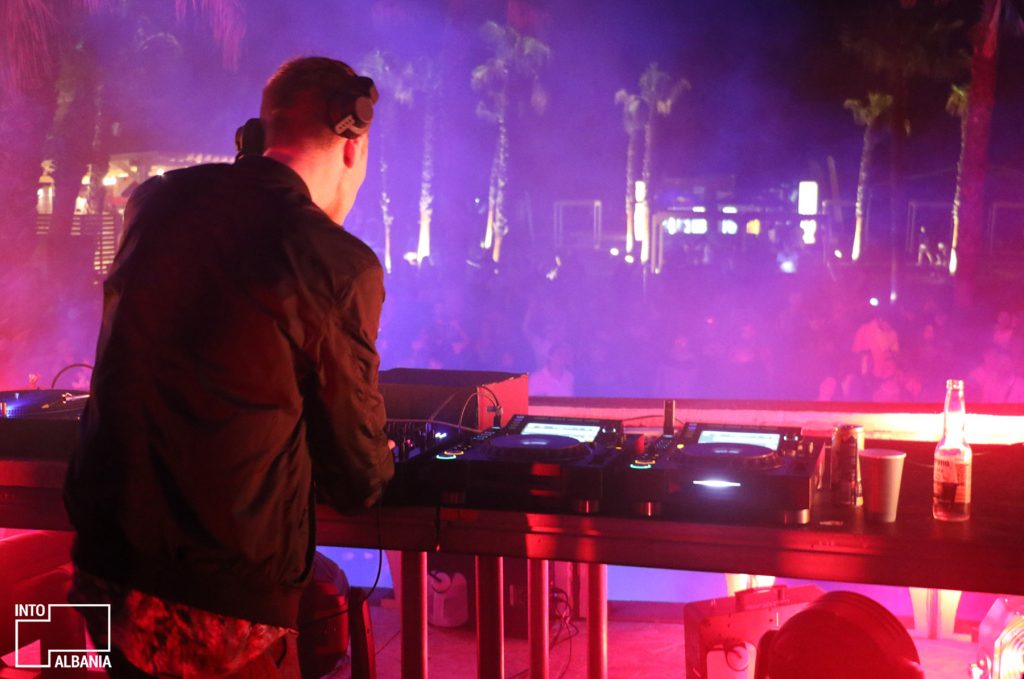 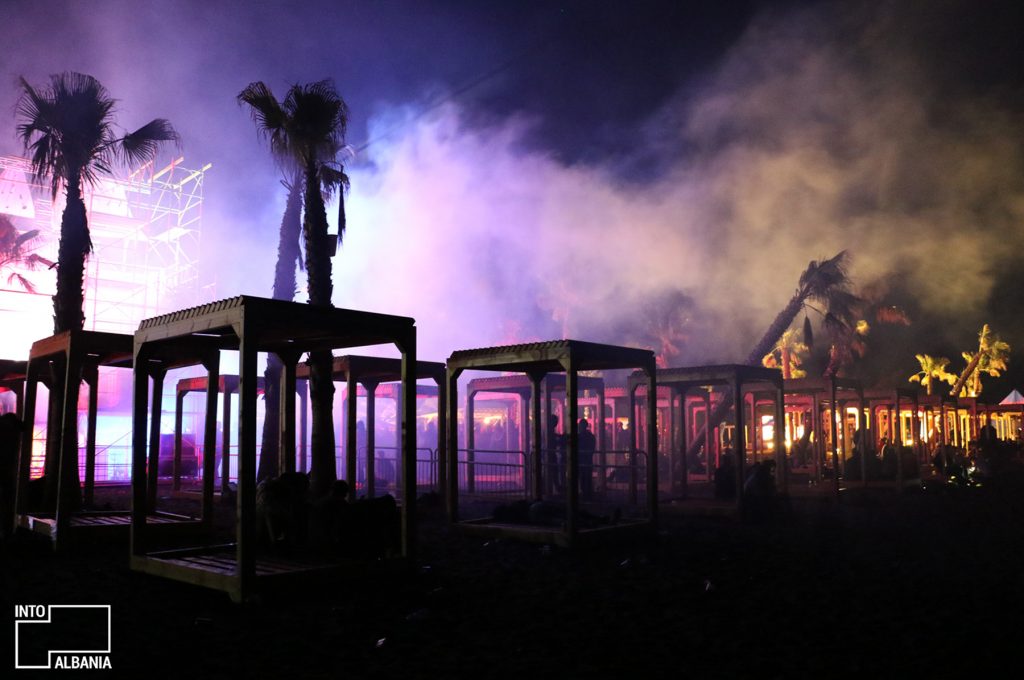 The fantastic beaches of Rana e Hedhun, with their pristine sand and untouched coastline, were the ideal setting to celebrate the beginning of the summer season. Despite the ominous weather predictions, the sun was on our side, enabling the participants to sunbathe and fully enjoy these first days of leisurely summer. 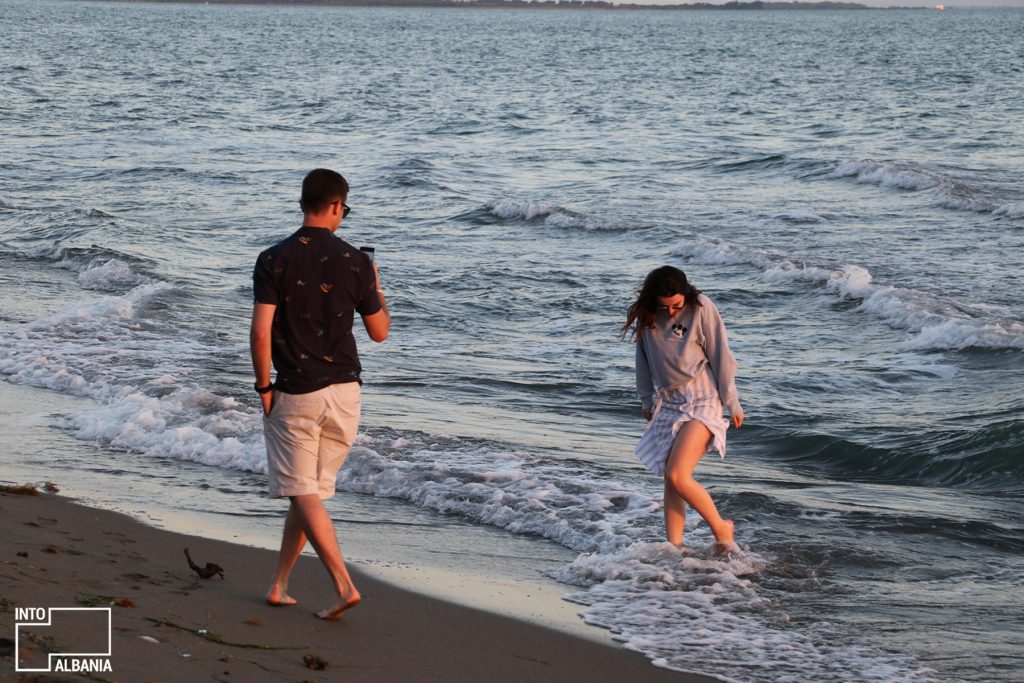 With the music of DJ Mariano Mateljan playing in the background, Italy’s Sacha Federighi and Sandra Simmini shared their experience with us. A DJ and music producer, Sacha had traveled to Albania especially for the festival. “I am pleasantly surprised by the atmosphere, nature, the entire organization. I am glad Albania is becoming a place that welcomes this kind of event and, in the future, I would be open to cooperating and partaking in an event like this one,” he tells us. 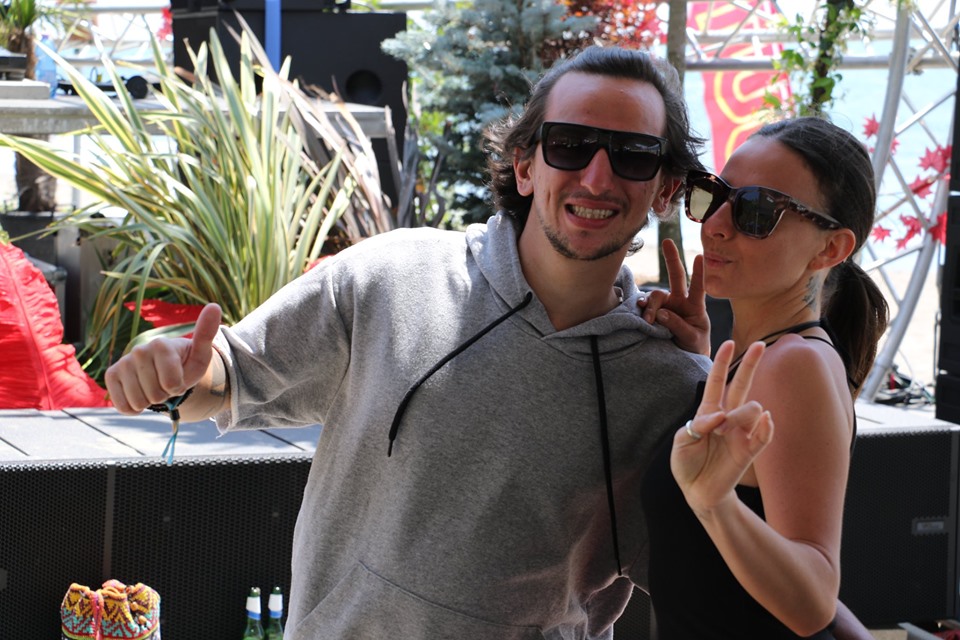 Sacha Federighi and Sandra Simmini at UNUM, photo by IntoAlbania.

Virgjina Zadrima, from Ulcinj in Montenegro, a regular participant of international festivals, shows us, with an unmistakable glint in her eyes, her necklace, a souvenir from the famous Burning Man, one of the most attended music festivals in the world that takes place annually in the United States. “Burning Man is another world entirely, another universe. I hope the night will be long here, too. Tonight is the night,” she says, while her friends pull us toward them and the great atmosphere that has been created. 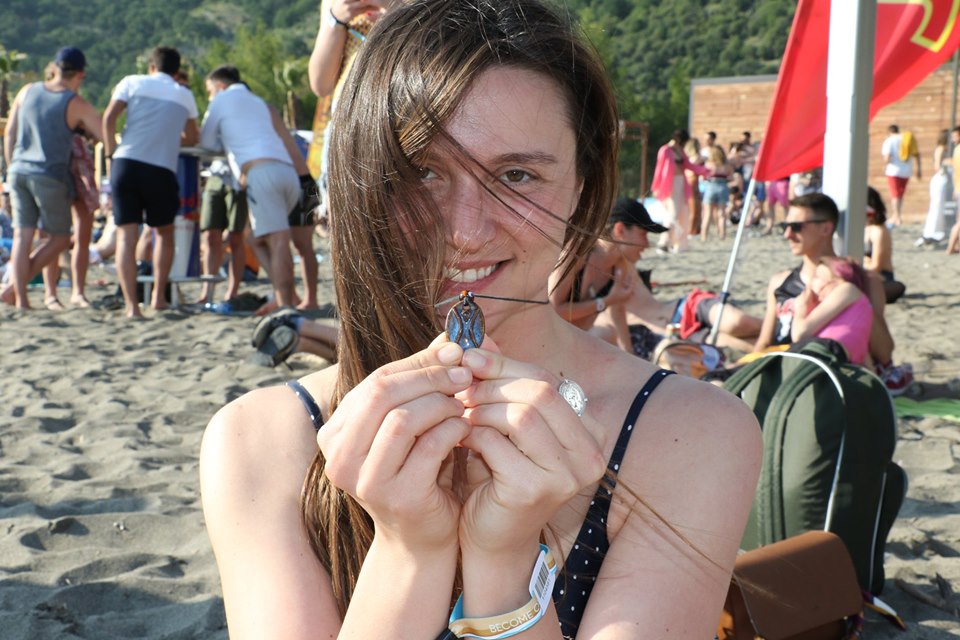 A guest of honor at UNUM was the Chilean-Swiss DJ Luciano, who boasts hundreds of thousands of followers in his social media accounts and who, for the duration of the summer, will perform at Amnesia, one of Ibiza’s most popular clubs. His set, which lasted more than two hours, gave the music lovers that extra dose of energy and adrenaline that lasted them until the wee hours of the morning. 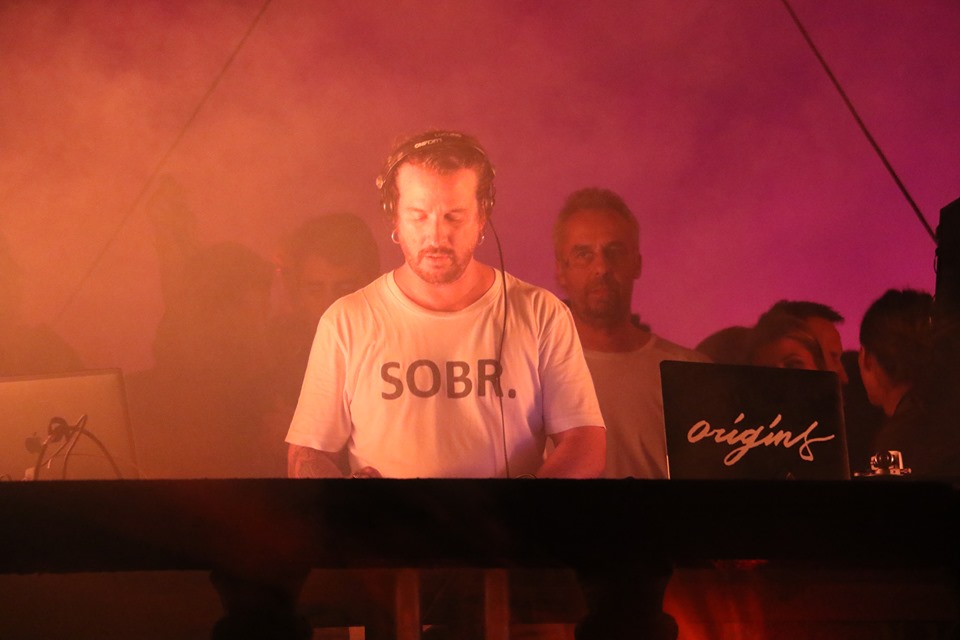 Among the rest of the DJs playing at UNUM, very much worth noting are names like Ricardo Villalobos, Traumer, Franco Cinelli, and Joey Daniel, among many others. In addition to the main stage and the smaller one by the sea, the stage set up among the pines drew a great amount of attention, partly due to the mood crafted by its intimate design. 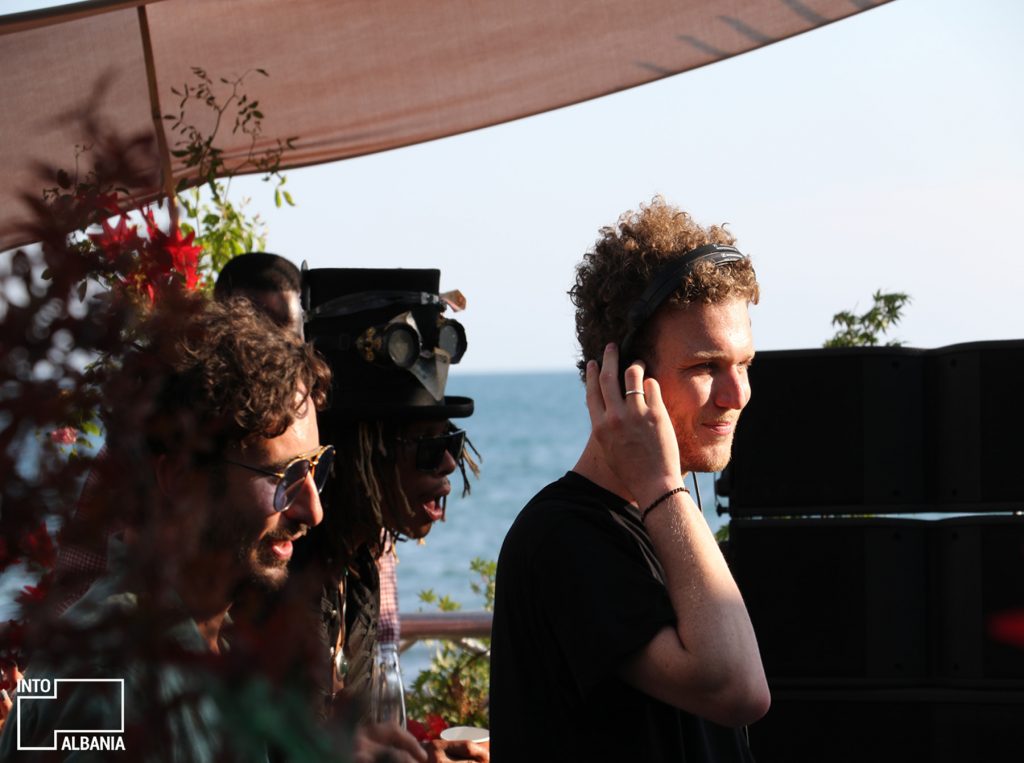 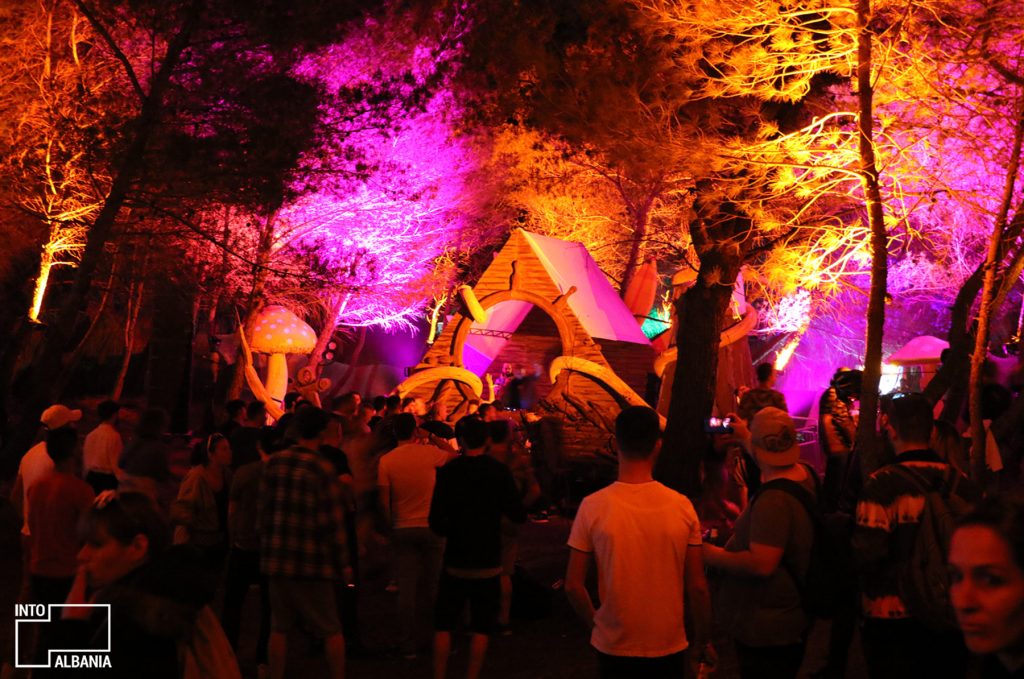 The Pine stage at Unum, photo by IntoAlbania.

While the music still played, there were those among us who preferred being a part of it as much as they loved the isolation from the rest of the public. This was the case with Adhurim and Brikena from Pristina, who were awaiting the sunrise by the sea. 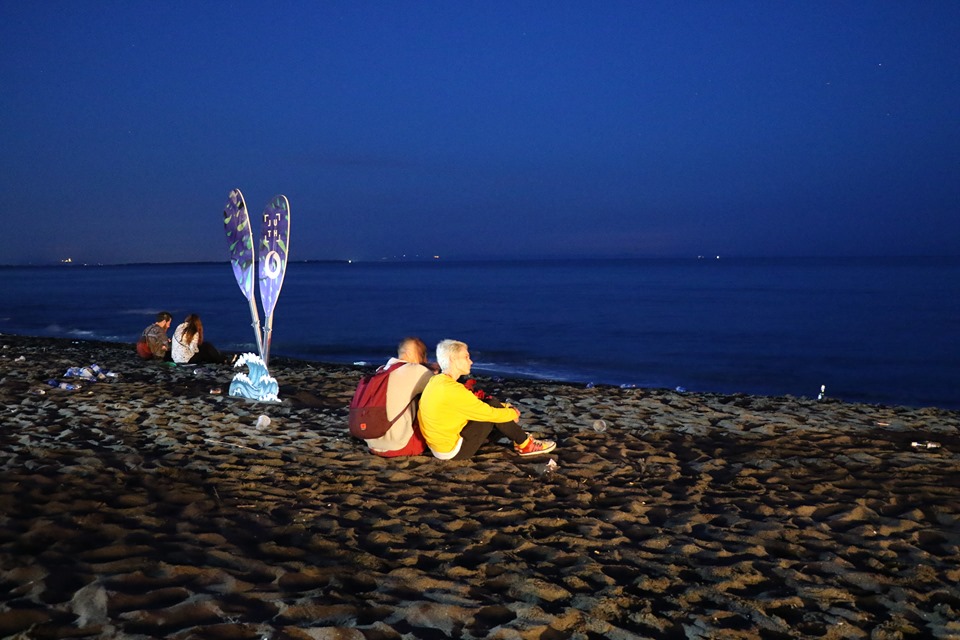 Brikena and Adhurim waiting for the sunrise, photo by IntoAlbania.

As regular participants of such festivals in the region, they were happy with the event and confirmed that they would return to Shëngjin if UNUM 2 were to be organized next year. We greet one another hoping that we will see each other again.