Zâ Fest III: It Just Keeps Getting Better - Into Albania

Vlashent Sata brings his brainchild music festival to the Albanian Alps for a third time on August 2-4, 2019 in what looks like the greatest lineup of the fairly young but already legendary Zâ Fest.

If you have not ventured into the majestic mountainous Theth Village for Zâ Fest in the last two years, do not fret! You get another chance this year on August 2nd through the 4th for Zâ Fest’s 3rd Edition. This time, be sure not to miss it! 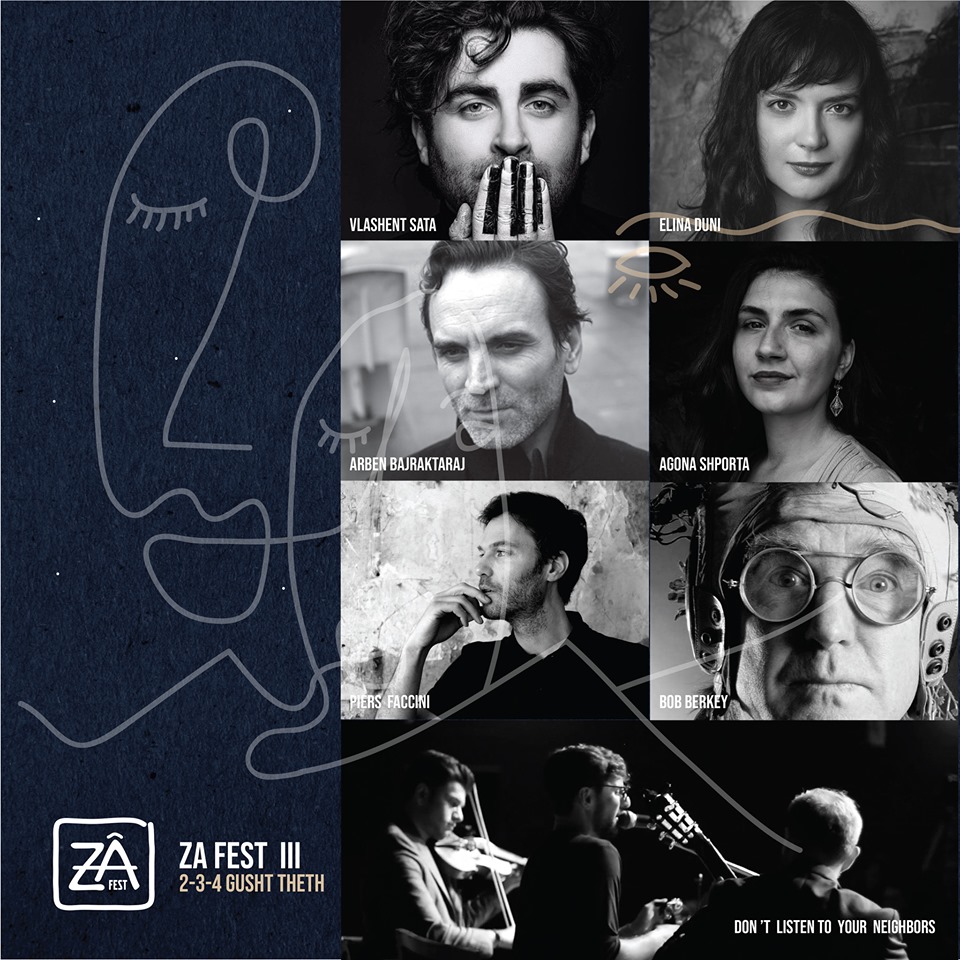 Just like last year, this year’s lineup promises to be unforgettable. Those who will join Vlashent on stage will be modern folk band Don’t Listen to Your Neighbors and soulful Agona Shporta on the 1st night, which concludes with the award-winning film “Streha Mes Reve” (“Shelter Among the Clouds”), beautifully filmed in this setting and, thus, ideal to watch precisely here, under the stars! 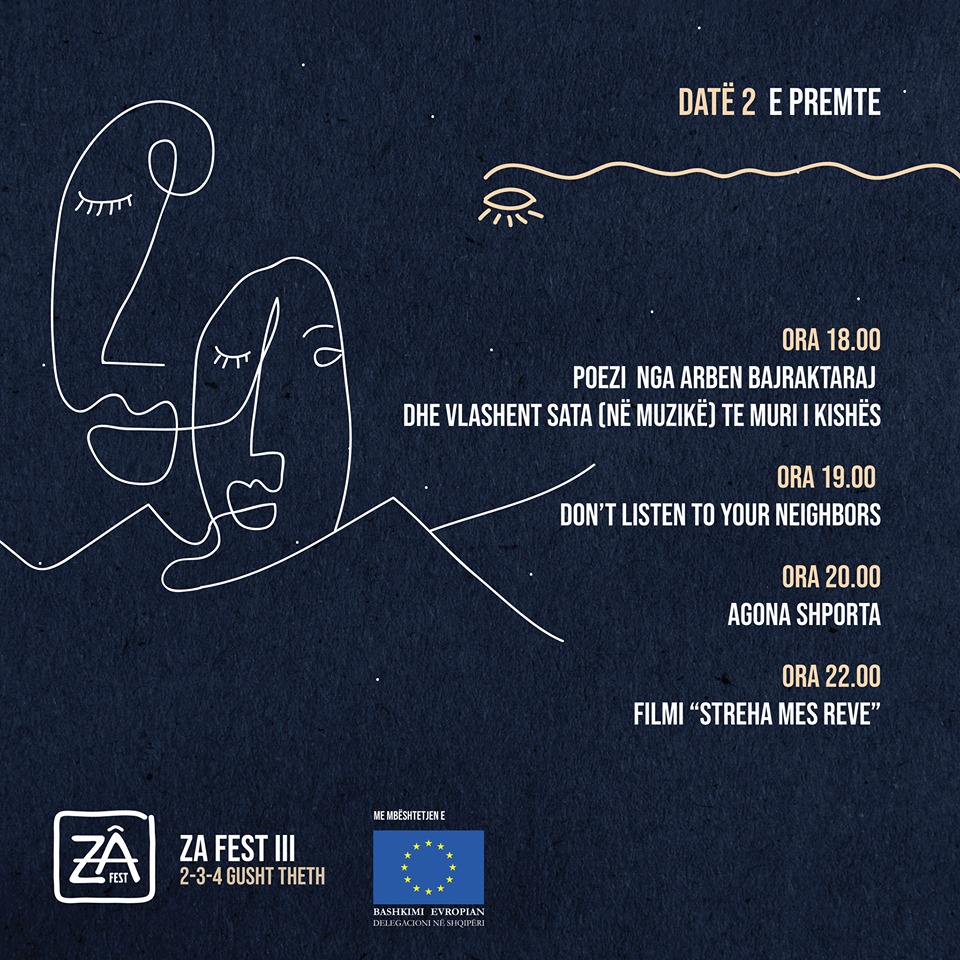 On the 2nd night, prepare for the performances of the surprising Bob Berkey Clown, Piers Faccini’s soothing folk and the wistful Elina Duni. Like the previous night, they will be joined by Arbeni Bajraktaraj, who will recite poetry and folk tales throughout the breaks between performances. 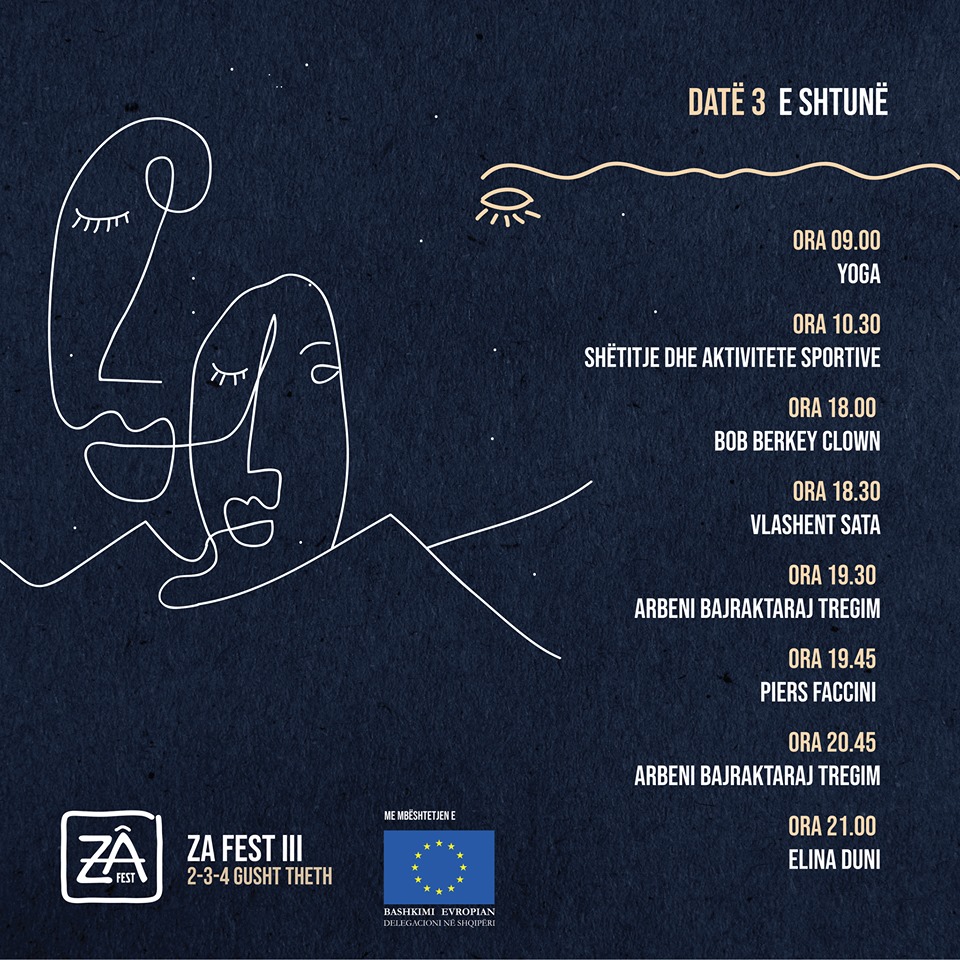 As usual, the 3rd day is reserved for yoga, discussions, and absorption into the magic of Theth, letting the body and mind absorb the nutrients of Zâ Fest and the fresh late-summer air from the mountains. 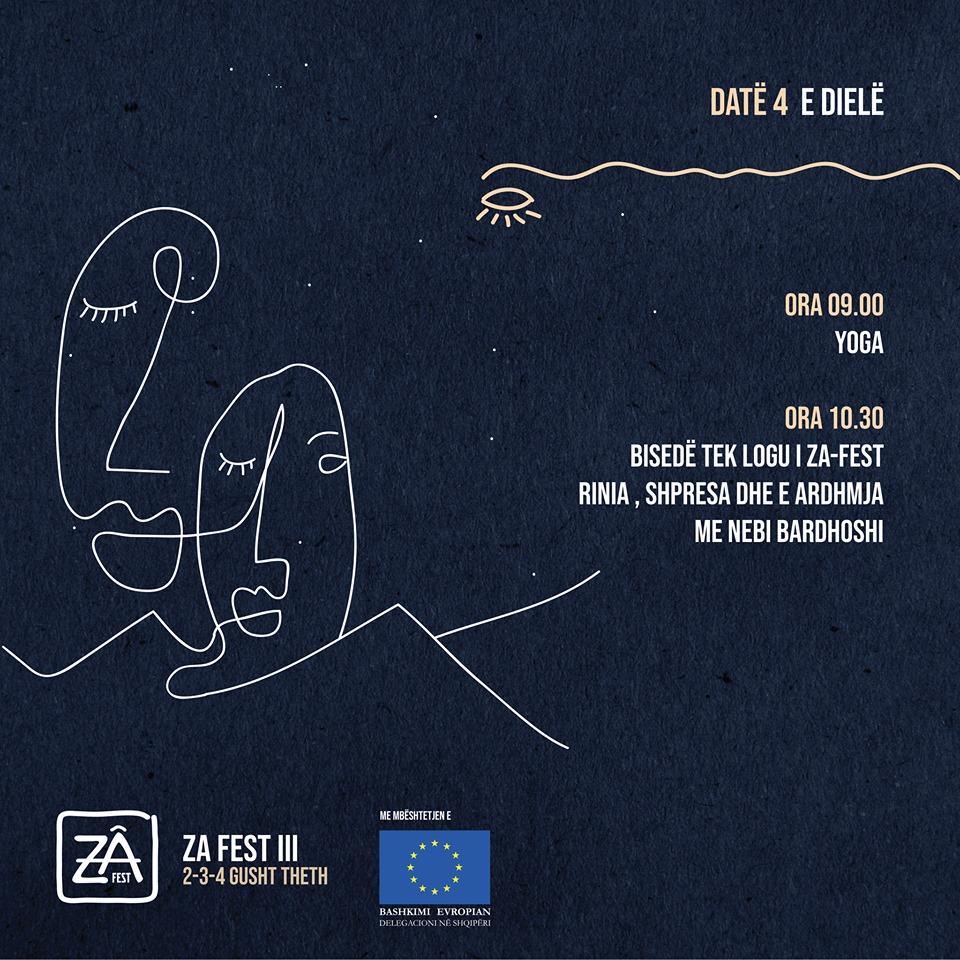 Though only three years old, Zâ Fest has become the must-see music festival of the summer. Decidedly unlike any other summer fest, the surrounding spectacular scenery being only one part of its undeniable charm, Zâ Fest may be the best reason to visit the most fascinating, otherworldly village of all: Theth.

Vlashent Sata, Director of Zâ Fest, has poured his heart and soul into this project since its very beginnings. An attempt to bring music and nature together along with the desire to promote what is perhaps the most magical region of Albania, has led Vlashent into what is becoming an establishment in the sphere of music festivals.

If you want to be part of the event click here. 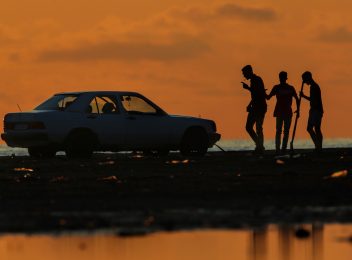 Albania remains a land of unbounded beauty, one that offers talented artists and photographers like Klajd Papadhimitri plenty of material to... 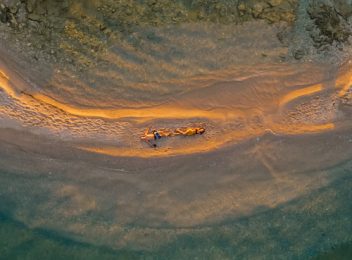 With all of its trouble and turbulence, 2020 has not been short on extremes and unexpected events as it similarly... 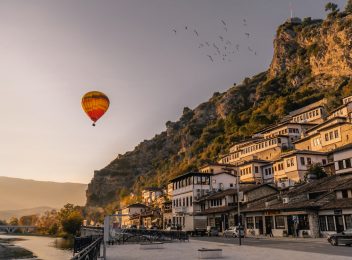 A couple of globe trotters from Hungary, who also happen to be professional photographers and videographers, tell of their journey...