As soon as you enter the Bualli Pass (Qafa e Buallit), surrounded by grandiose mountain ranges, you will find your way to the region of Dibra among the paths. Peshkopi is the true cultural heart of this region. The road towards exploring this area is relatively challenging but just as beautiful and worthwhile! Below, we give you the top five reasons to visit this region rich in rare natural phenomena and cultural treasures.

Peshkopi, the heart of the entire Dibra district, has succeeded in preserving an older style, best exemplified by its old neighborhood named the “Bazaar.” People from Dibër are well-known in Albania for their building skills and for their hard-working ethic. In the old neighborhood, the visitor can find traditional, hand-crafted products alongside agricultural or dairy and meat products that are untreated by chemical products. The older craftsmen make rare items like opinga (traditional shoes) or shajak (rough, woolen overcoat), items which are worn during the harsh winters of the region.

The region of Dibër has existed since the Byzantine era. The ruins of the old city are still present in the hill surrounding Peshkopi. The city of Peshkopi is well-known for its culinary tradition, exquisite craftsmanship of handmade products, excellence in terms of building as well as the sharpness of its inhabitants. Gergj Kastrioti, Albania’s national hero, hails from this region. Each fall, in the Palace of Culture, the city celebrates the “Traditional Dibran Room,” or Ottoman-style room, a great cultural and historic asset for Albania. During the festival, the visitor can see the region’s traditional costumes as well as its folk songs and dances. In addition, photographic exhibitions are organized with works by local artists. The main boulevard of the city hosts fairs with the best food of the region. Do not leave Peshkopi without trying some of it! 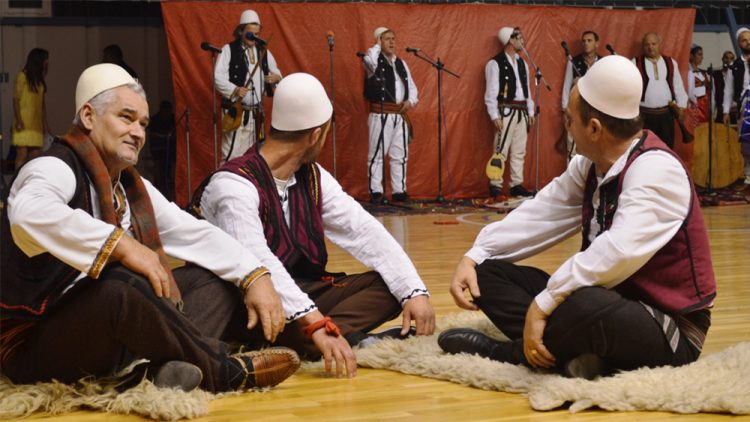 3. The Trout Tradition in Dibër

Several major trout reservations are the next surprise in Dibër! You will reach these fascinating fish farms by following the winding streets in the remote valleys of the region. The basins are supplied by the waters of the Drin River, creating optimal conditions for the trout. Trout farmers enjoy showing the visitors the process of fishing for trout and even let them catch some! These wonderful trout are freshly prepared and cooked in delicious ways by the locals. The perfect meal after a long day of admiring the mountains and valleys of the area!

4. Swimming and Sunbathing on the Black Drin River

Right under the foot of the bridge of Fushë-Muhurri, you will find the river-beach of the same name. From Peshkopi, it takes only 25 minutes to reach this remote haven, where you can refresh your mind and body from the heat of the summer. The Black Drin River gives locals the opportunity to have their very own, beautiful “beach” without having to go down to the southern Riviera or to the western coast of Albania. Indeed, it is a very refreshing spot, as the Black Drin’s waters are clean and fresh and one can enjoy swimming and sunbathing there all day. 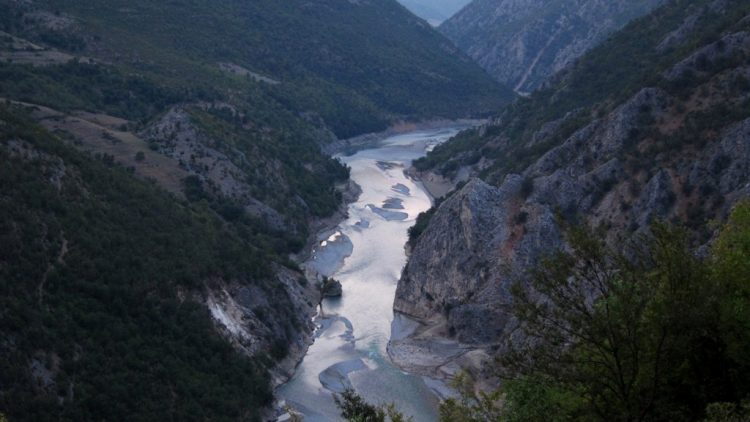 The thermal baths of Peshkopi have been famous for quite a while due to their long existence. Created from rich thermal springs at temperatures of up to 40 degrees Celsius, their flow remains unchanged throughout the year, containing a normal level of sulfuric content.  Treatments in the thermal bath of Dibër offer unique rehabilitation properties such as regenerating tissue and curing rheumatic diseases or skin infections, among other things. Near the thermal baths, there are many hotels and guesthouses. It is here and in the several traditional restaurants of the area that you can try Dibër’s famous jufka (buttered, light pasta) and sheqerpare, a melt-in-your mouth, buttery cookie-like dessert that is drenched in syrup.