Places to Visit in the Outskirts of Gjirokastra - Into Albania

Places to Visit in the Outskirts of Gjirokastra

Gjirokastra, the city of stone, is an iconic Albanian city renowned for its mixture of Albanian and Balkan customs, an interweaving originating in the period following the Middle Ages. The city’s outskirts are rich in history and traces hailing from the unfathomable distances of the ancient world.

Long ago, the present archeological park of Antigonea was a city founded by King Pyrrhus of Epirus in honor his wife, Antigonea. The city’s foundations were first laid in 295 B.C. in what is presently southern Albania, a territory bordering the north of Greece. During the time of its establishment, Antiogonea became an important center, thus marking the initial stages of a well-structured and organized society in this region. The ancient city was once surrounded by high walls, the remnants of which can be seen in the park. In addition, the mosaic, remaining columns, and the stone steps make up a fascinating collection of ancient ruins. A vast valley of hills and mountains beautifully frames the park.

In order to reach the archeological site of Antigonea, you must exit the city of Gjirokastra and travel for approximately 14 kilometers or 40 minutes. Road signs will help guide the way. Entrance to the park is free of charge the last Saturday of every month. 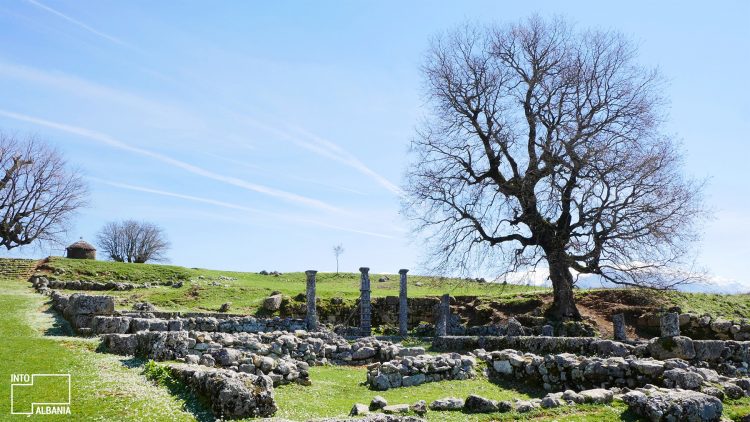 Labova e Kryqit or Labova e Vogël (Small Labova) is a picturesque and historically significant village in the outskirts of Gjirokastra. You will find the village on the road to the small town of Libohovë. It is the site of one of the oldest and most beautiful Byzantine churches in the country. The church is named after the cross which once resided within it and has since disappeared under very mysterious circumstances. The missing relic was carved from a piece of wood belonging to the original cross in which Christ was crucified, a gift from the Byzantine emperor Justinian I. 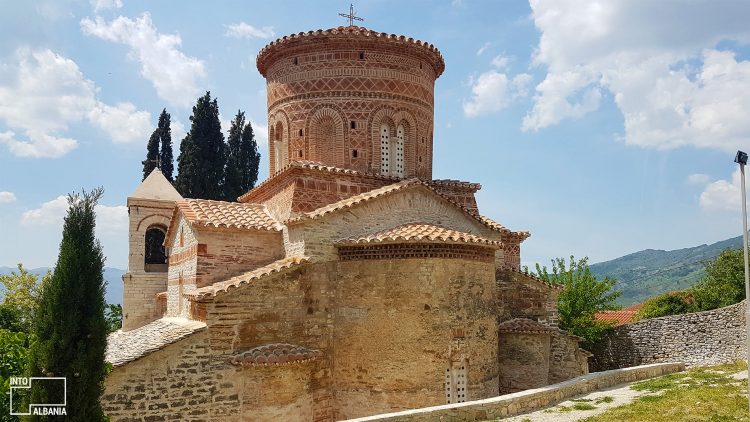 The ancient Roman city is another archeological site once standing in the valley of the Drino River, near Gjirokastra. Its present location is near the Sofratika village, only a few kilometers removed from the center of the city. The Hadrianopolis Amphitheatre is part of the Antigonea Archeological Park and is rightly considered one of the most important monuments belonging to the country’s cultural patrimony. The theatre was built by the Roman emperor Hadrian, who also laid the foundations of the ancient city following the burning and destruction of Antigonea. The theatre ruins are an especially important element of the park and the focus of continuous archeological excavations. The theatre was discovered accidentally in the 1970s. The stone steps and symmetrical rows form a half circle which used to accommodate more than 3000 people.

This Bektashi place of spiritual retreat is located only a few kilometers away from Gjirokastra. To reach this destination, you must follow the national highway which passes by the Glina Village, the water plant nearby until reaching a hill full of cypresses. The cobblestone road leads to the Melani Tekke, a building constructed with symmetrically attached blocks. Once upon a time, this road leading to the tekke was once widely used by travelers. However, following the construction of several bridges by Ali Pashë Tepelena, it lost its connecting role. 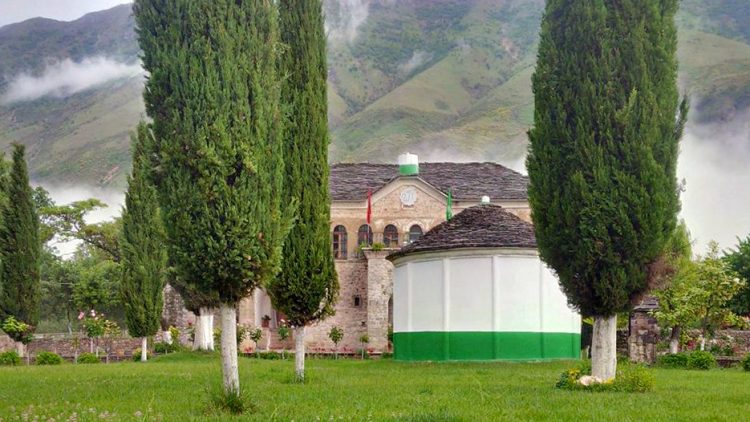 Viroi Park, which includes its eponymous lake, is one of the richest water resources in Gjirokastra. In order to reach the natural monument, you must follow a short motorway that leads from the city of Gjirokastra to Tepelena. The area is surrounded by rich vegetation which has created a natural habitat throughout the years. Recently renovated, Viroi Park is a truly relaxing and refreshing natural setting. The Drino valley, where Gjirokastra rests, is rich in natural, cultural and religious monuments, all of which are worth visiting. 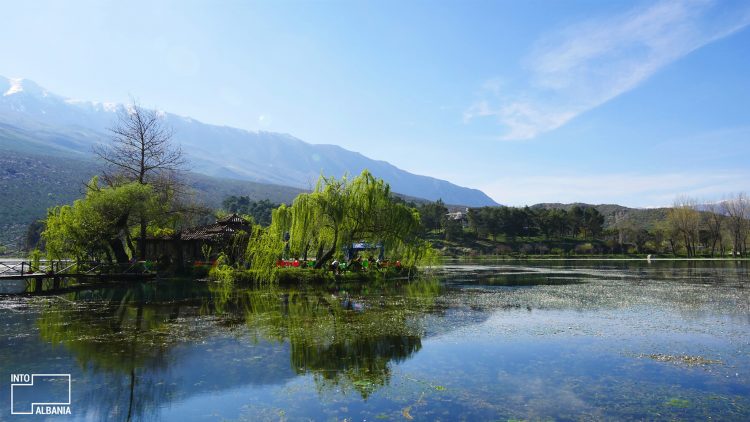 In Dropull, one of the most fascinating areas of Gjirokastra, you should visit the 11,000-year-old Church of St. Mary, the Natural Gorge between the mountains surrounding the Goranxi Village as well as St. Mary’s Monastery. Please note that the area’s infrastructure is fairly modest so you definitely need a guide to show you around! 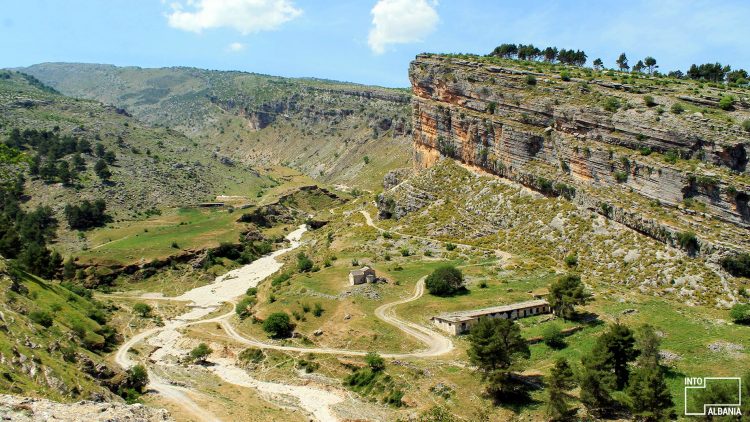 The region is famous for its rich variety of food and restaurants. On the way to the Greek border, you may stop at the French bakery Kalimera, Teriaxates Restaurant near Terihat Village or the Ndriço Pizzeria-Restaurant next to Derviçan Village.