Top Destinations around Saranda - Into Albania

This southernmost city in Albania is quite the multifaceted place! An ideal destination for your holidays, year-round. A location full of virgin beaches and delicious seafood. Sharing a border with Greece, Saranda is also a gateway to this other significant cultural destination. Last but not least, entry fees in the most wonderful parks and destinations listed below are extremely low. So, prepare to get the most beautiful, cultural and historical bang for your buck!

In the midst of stunning natural beauty, you will find the most beautiful ancient ruins of the region in Butrint. Among its ruins, this UNESCO-protected site reveals rare traces of ancient civilizations, going all the way back to the Byzantine period. The small hill is hidden from sight by the surrounding turquoise waters. However, once you make your way to it, the 4th century amphitheater with its stage, floor mosaic and sculptures will leave you speechless. 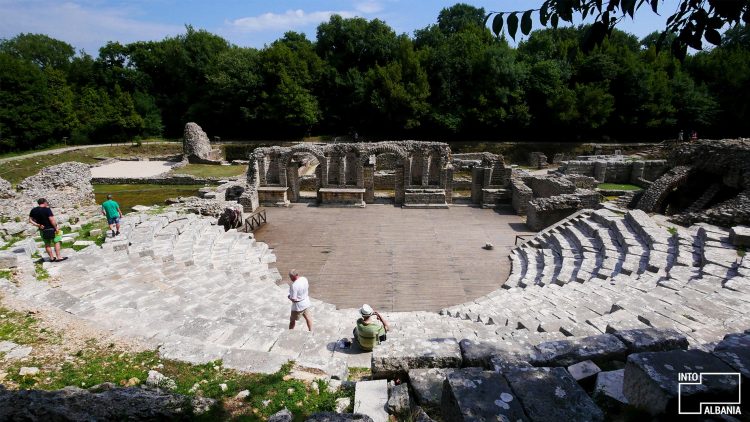 This massive open-air space is located a few kilometers away from Saranda. Like Butrint, this is a crucial stop for those passionate about tracing early Albanian civilizations. The ruins of the ancient city of Finiq date as far back as the 3rd century B.C. The grand theatre, stairs surrounding the stage, city walls, basilicas, old coins, and a host of other excavated objects ensured this park the status of a protected structure in 2005. 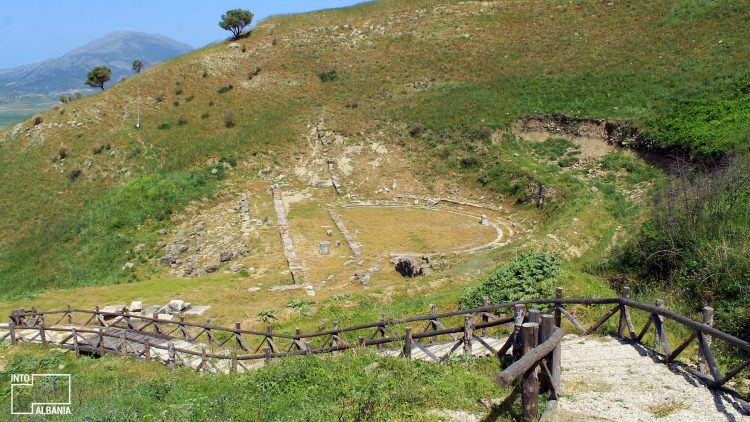 Clearly visible from the southern valley, the monastery is located in Mesopotam Village. The grand structure was built by Byzantine Emperor Monomachos in the 11th century. Nowadays, the ruins, which are believed to be from a different time than the monastery, include a massive construct that has preserved the unmistakable features of a Byzantine-era cult object. What is truly astounding is that the ancient wall of this protected monument has survived in its entirety! 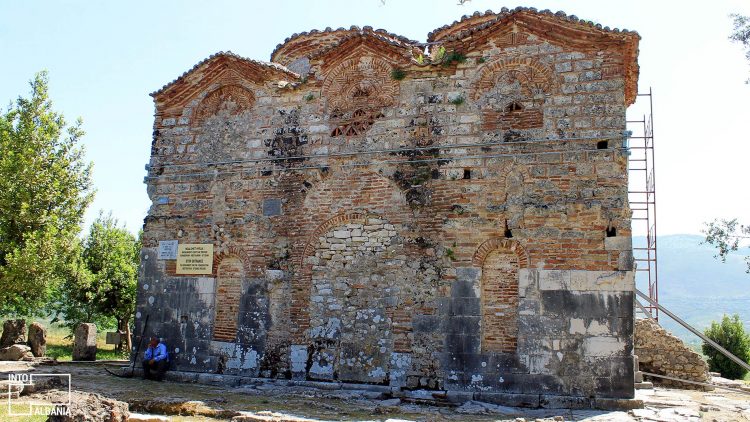 The ruins of the monastery are located in the eastern part of Saranda. The church belongs to the 15th century and has suffered only slight changes in the subsequent centuries. The columns, windows, patterned tiles, and carved facades of this highly valued place of worship are carefully preserved. So are the icons and iconostasis of this church, which are most highly esteemed by Byzantine scholars. Divergent sources date the construction of this monastery to a period prior to the Ottoman invasion. 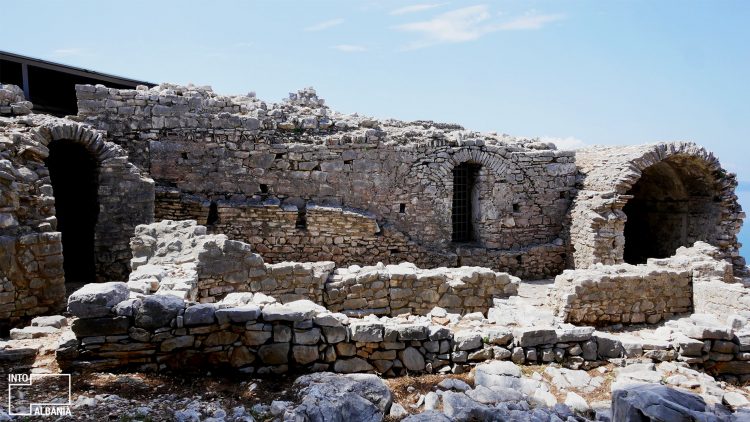 Synagogue and Basilica of Saranda

This monument was discovered in the last century, during the construction of the city’s Palace of Culture. Traces of a mosaic emerged during excavations for the foundations of the new structure. Discoveries by archaeologists indicate that the uncovered objects belong to the early Middle Ages and may be connected to the city’s medieval castle. 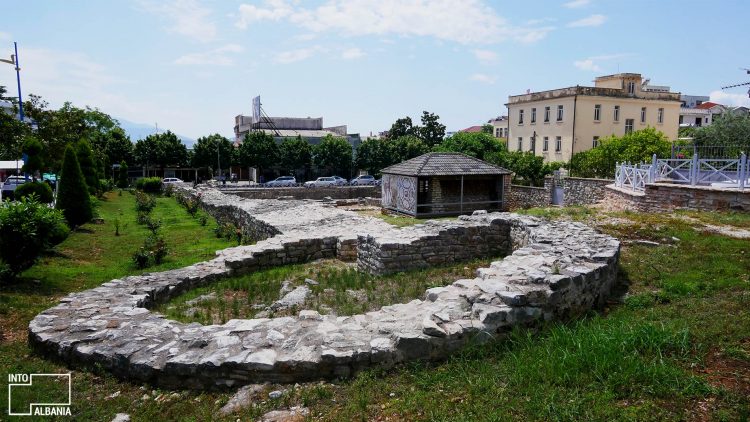 Synagogue and Basilica of Saranda, photo by IntoAlbania

The views from this castle overlooking the city, the island of Corfu and the Ksamil islands, are stunning! Like many similar constructions, the castle’s position is strategic in that it controlled enemy advances or movements from the sea. Dating back to the 16th century, the castle has a regular layout with towers guarding its wings. Once upon a time, this fortress housed soldiers who defended the southern part of the country against the first settlements of the Ottoman Empire. Nowadays, during the summer, the castle hosts numerous wonderful musical events! 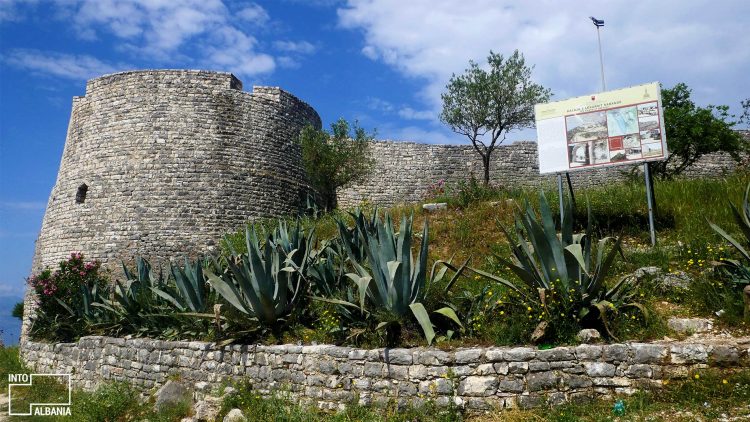 As the most tropical destination in the country, this is one of Saranda’s most visited spots! Located only a 30-minute drive from the city, this truly mesmerizing cold water spring is easy to find. Waterfalls surrounded by lush vegetation, nearby trout reserves, beautiful scenery and cool, fresh air all combine to create an ideal relaxation spot after a long day of strolling in Saranda. With water temperatures that never exceed 10 degrees Celsius, the vibrantly hued cobalt blue and emerald whirlpool is more than 50 meters in depth. In addition to its unmatched beauty, the Blue Eye represents the ultimate challenge for the brave swimmers out there! 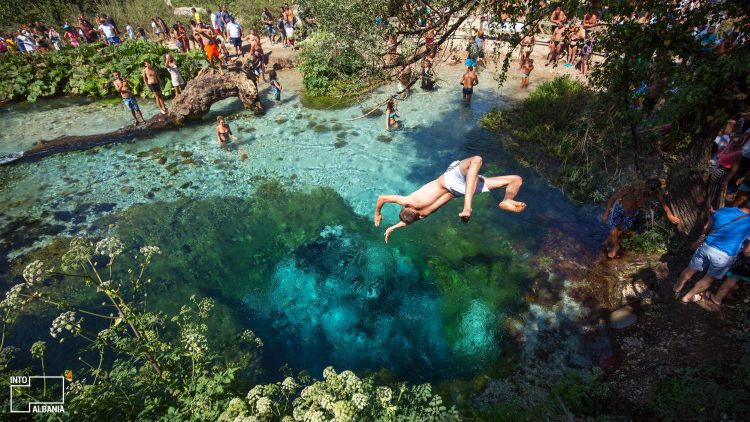