Spreading Love, Raki and Culture across the Country

“Albania’s miniature version.” This is how Arbër Çepani, the founder of Café-Museum Komiteti (“The Committee”), refers to his one-of-a-kind venue. This café-museum is his labor of love and, with it, he just may have succeeded in building one the most fascinating, contemporary creations in Tirana. Striking that rare balance between an informative place and a cool bar, Arbër has turned Komiteti into quite the relaxed but popular hangout spot since its opening, four years ago.

Komiteti’s story is tightly linked to that of its creator. Born as a place to store and expose Arbër’s private collection of more than 17,000 locally made historical items, Komiteti now includes anything from antiques to cultural and symbolic objects, from furniture pieces to traditional costumes, from valuable collectibles to simply cute articles. These items are “absolutely not for sale,” Arbër points out. Indeed, his passions lie in spreading Albania’s entire spectrum of culture and heritage and Komiteti, the entertaining means to this commendable end.

Though it exposes thousands of unique objects, at no point during your stay at Komiteti do you feel like you are in a stuffy museum. Impeccably organized, with a an enviably warm atmosphere not easily found elsewhere in Tirana, Komiteti offers the perfect chance to both see and experience Albania’s culture.  Though most Albanians automatically associate the name and décor with the Communist period, this is merely one of the layers of this place. Indeed, the museum reflects the entire history and culture of Albania. And, it really is pleasant!

Aside from selected beer and cocktail offerings, Komiteti serves the most wide-ranging raki (that shockingly strong Albanian drink) selection in Tirana. Indeed, you will notice more than 50 bottles of differently flavored raki stocked up in the rack behind the bar. In fact, Komiteti has its own raki distillery in Skrapar, the region with the best raki in the entire country. The drink is then processed in a raki plant in Tirana. Popular varieties include grape, plum, and quince but Arbër mentions one very special one, called rakia e murgut (“the monk’s raki” in English) which, once upon a time, was produced in monasteries around the country. He makes sure to keep the tradition of this one alive as well as some bottles in stock. Last but not least, gliko, traditional fruit preserves in heavy syrup, and ingranazhe, Communist-era nostalgic cookies, will soon be added to the menu of nice desserts served here.

Two years ago, Komiteti began its expansion. Qoshka e Komitetit (Committee’s Corner) was born in Korça, the traditional city of love and serenades. Knowing Arbër’s penchant to spread love wherever he goes, this move was not arbitrary. The name of the bar echoes Korça’s local dialect and culture. So does the architecture, design and décor of the intimate space, located in Korça’s newly renovated Bazaar, and constructed of entirely local products and materials. “Each city has its own story” Arbër says and he intends to tell it. He intends to open two more locations in the two famous traditional cities of Gjirokastra and Berat.

More than a bar, café or museum, Komiteti aims to do justice to its name which – apart from referring to the Central Committee of the Communist period and being an especially significant word throughout Albania’s story – originates in the Latin word meaning to gather together for a special purpose. Thus, Komiteti regularly organizes cultural events like live performances, talks, documentary and film showings as well as art exhibits. You can visit Komiteti to join a discussion, observe Albanian culture, or simply to have a glass of raki, “made with love” as Arbër likes to say. 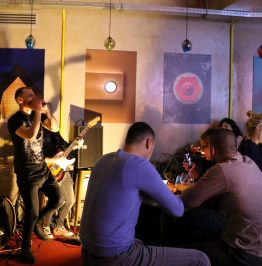 Tirana Ekspres: The Alternative Art Space of the Capital 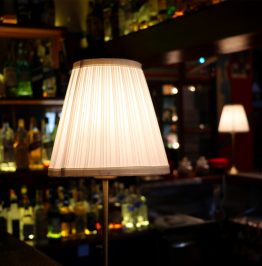 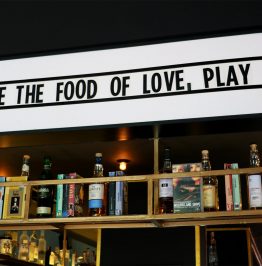 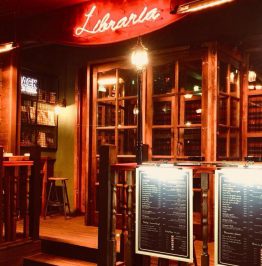