Mangalemi-Tomi Hotel: A Place Rich in History   - Into Albania

Known as Tom’s Hotel to the locals, this place, also a historically and culturally significant house for Berat, is a wonderful accommodation option for those who want to truly enjoy their stay in the historic city.

It was in 1991, precisely after the fall of the Communist regime, that Mangalemi-Tomi Hotel opened its doors in Berat, marking a new stage for tourism in the city. The Mangalem neighborhood, from which the hotel takes its name, is an area known for its display of Berat’s old tradition of hospitality.

In order to understand the building’s history, we need to first get acquainted with the history of Ahmet Kurt Pasha, who in 1764 chose to settle in Berat to create a pashalik that would have subsequent political and economic significance. Once there, he started building his royal complex which would soon become famous even beyond Berat. It suffices to mention that its stones were transported from the ancient city of Apollonia. Mangalemi-Tomi Hotel, referred to as Tom’s Hotel by the locals, is located precisely where the Palace of the Pasha was once erected. The “Gate of the Pasha,” next to the hotel, reflects the grandeur of the palace even in the present day. 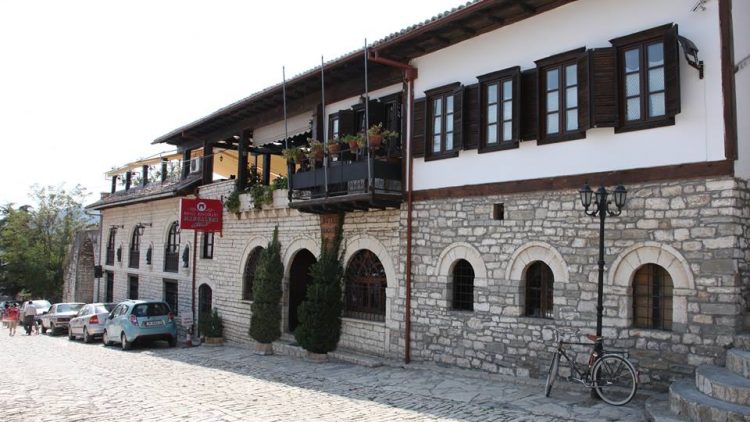 The entrance of the hotel. Photo courtesy of Mangalemi-Tomi Hotel.

The hotel resides in a building that has long belonged to one of the country’s most renowned families, the Vrionis. It was in this building that Iljaz Bej Vrioni, the former Prime Minister of Albania and one of the people who signed the Declaration of Independence, was born. Since 1950, the building has belonged to the Mio family. 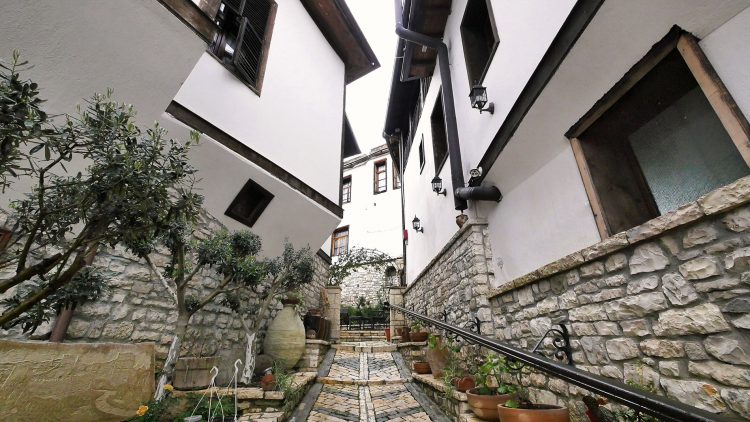 Immediately after the collapse of Communism, the Mio family decided to restore the old house and transform it into a hotel so that others could have a chance to share in the history of this building. Throughout the decades, the hotel has increasingly expanded and today, it is a well-known name in the tourism sphere. 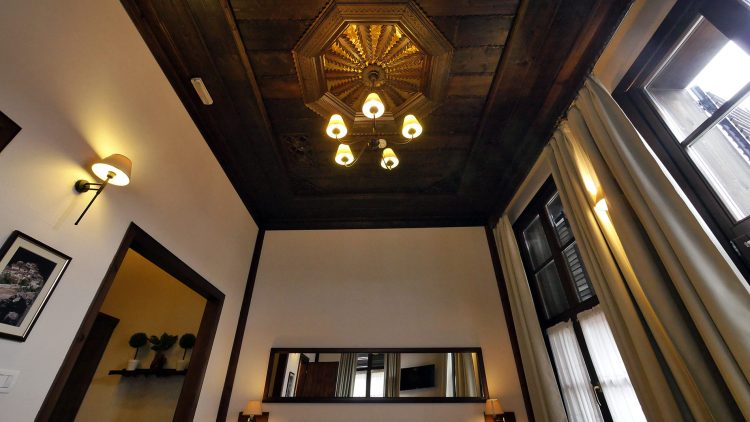 Wooden ceiling in one of the rooms of the hotel. Photo by IntoAlbania.

All of the rooms are furnished in keeping with the city’s tradition and culture, i.e. excellent woodwork while, at the same time, possessing all the modern conveniences. 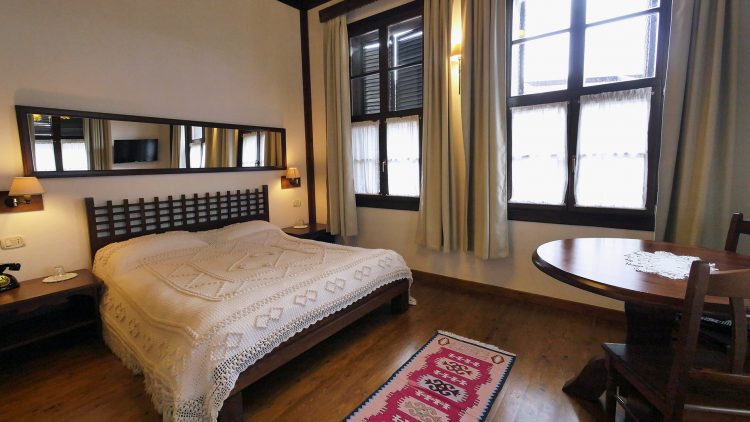 For those who do not have the opportunity to stay at this special hotel, there are still plenty of options to enjoy the atmosphere of the villa thanks to the hotel’s restaurant as well as the veranda bar included in the complex. One of the most attractive spots is Çardak, created especially for travelers who want to enjoy a tea or coffee in a typical Berat veranda, while reading a book or chatting. 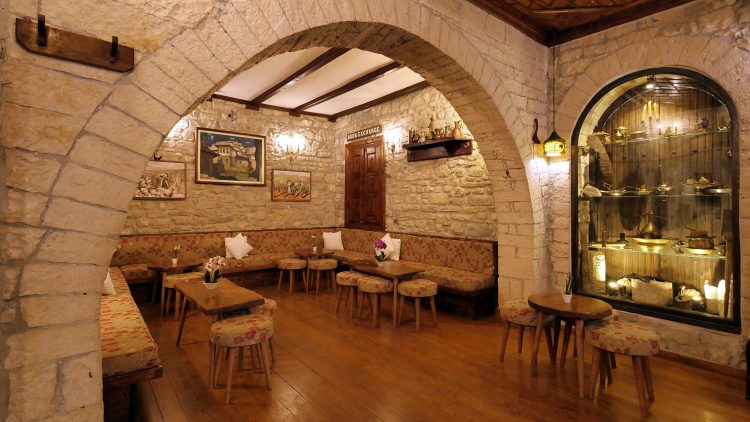 In addition to the history, cultural heritage, strategic location, spectacular views, bars and restaurants, the hotel also offers one more surprise: Koko, the hotel’s friendly dog who has become a famous character in Rruga e Kalasë (Castle Street). One call and Koko shows up to lead tourists to the Ethnographic Museum or the Berat Castle. With the dog as a guide, one will most likely always remember the beautiful house, hotel, and city.