Castles of Albania: The Most Famous Historic Fortresses in the Country - Into Albania

There is no shortage of ancient and medieval fortresses in Albania. From A to Z, north to south,  here’s a full list of the must-see castles in the entire country.

Positioned on the edge of Via Egnatia, one of the most important trade routes of the Roman Empire, Bashtova Castle has fascinated the local and international public for centuries. Located a few kilometers from Kavaja, the five-century-old castle is a beautiful testimony to the civilizations that have passed through Albania. Interestingly, the castle is the only one in the Balkans to be constructed on a field! It was declared a monument of the highest category in Albania in both 1948 and 1971 and remains in UNESCO’s tentative list of World Heritage Sites. 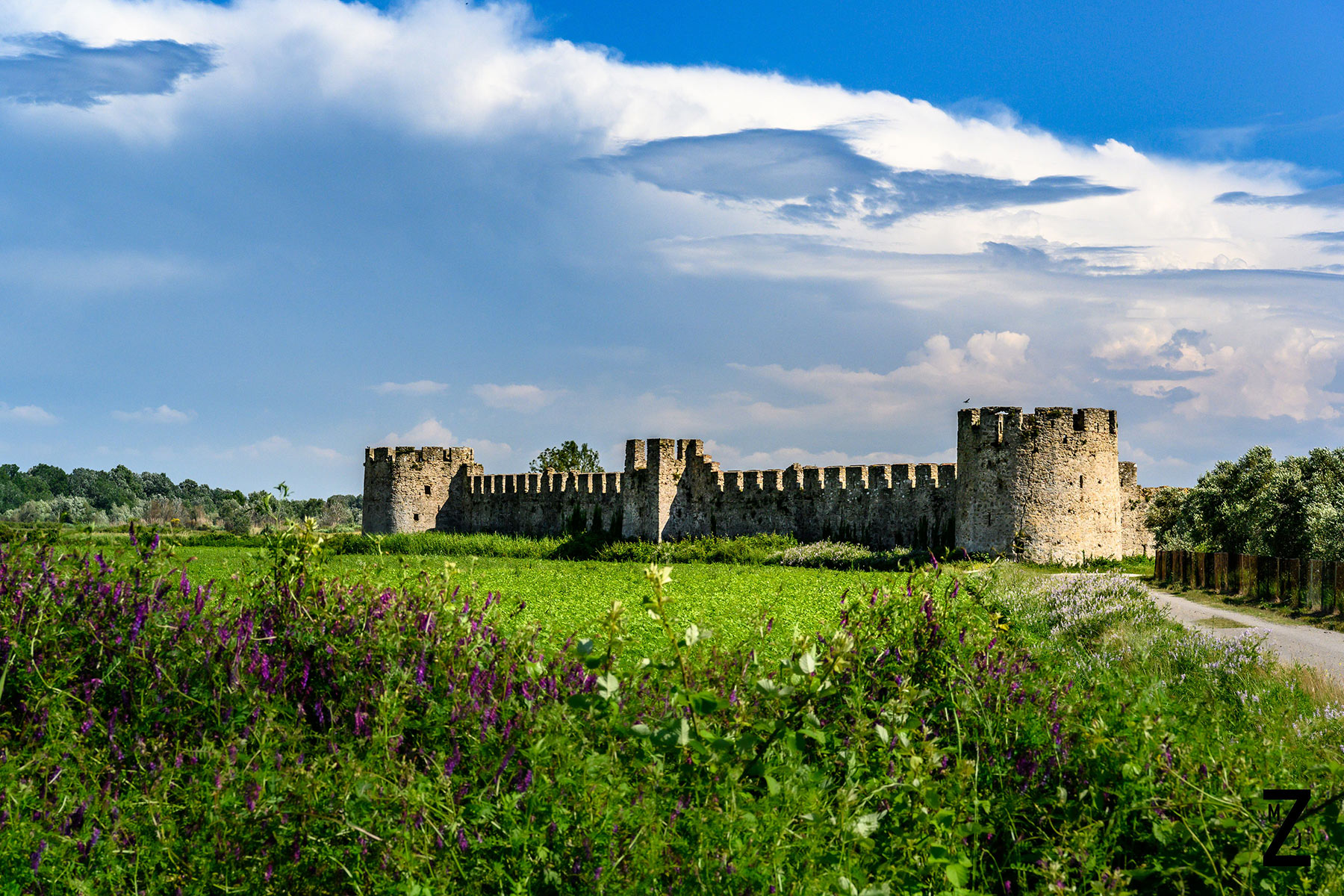 Situated on top of the hill overlooking the city of Berat, the castle resembles a halo. This 2nd most-visited attraction was constructed in the 4th century B.C. Made entirely of stone, the castle has an astounding 24 watchtowers! It is also one of the very few fortifications in the Balkans which continues to host a vibrant life within its ancient walls. Within this ideal destination, you will find historic houses, churches, markets, museums and monuments surrounded by a beautiful natural backdrop. It is one of the rare cases where the ancient city still lives! 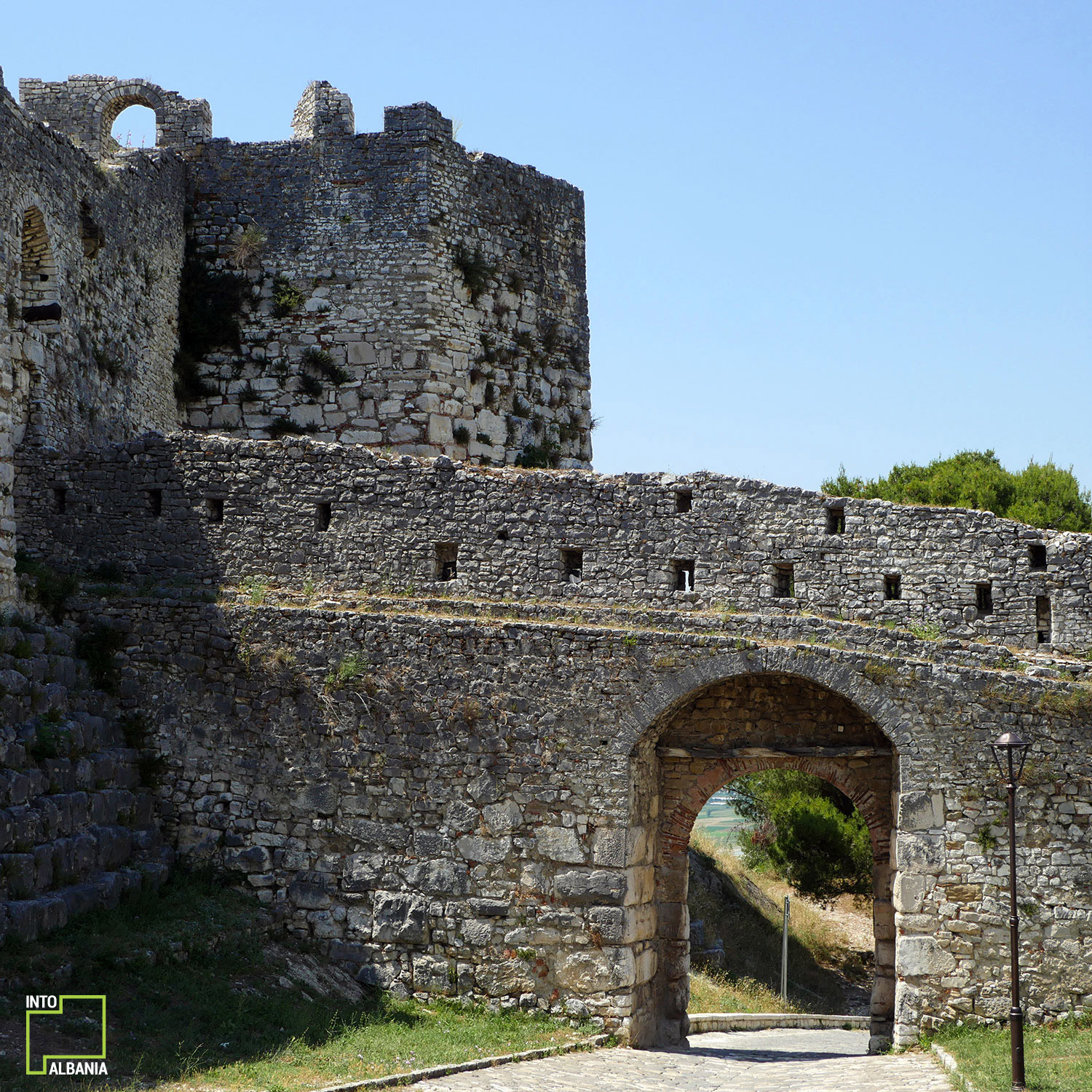 Skampis, as it was once called, was founded in 1466 by two strikingly different leaders: the Roman emperor Justinian and Sultan Mehmet the Second. The two-thousand-year-old Castle of Elbasan, a Roman construction built as early as the 3rd century B.C., once surrounded the entire city. Elbasan Castle had its most glorious period during the 17th century, enclosing within its walls more than two thousand houses and 900 shops. Today, the “city” within the walls is called the Castle Neighborhood, one of the very few in Albania that still contains many residences. 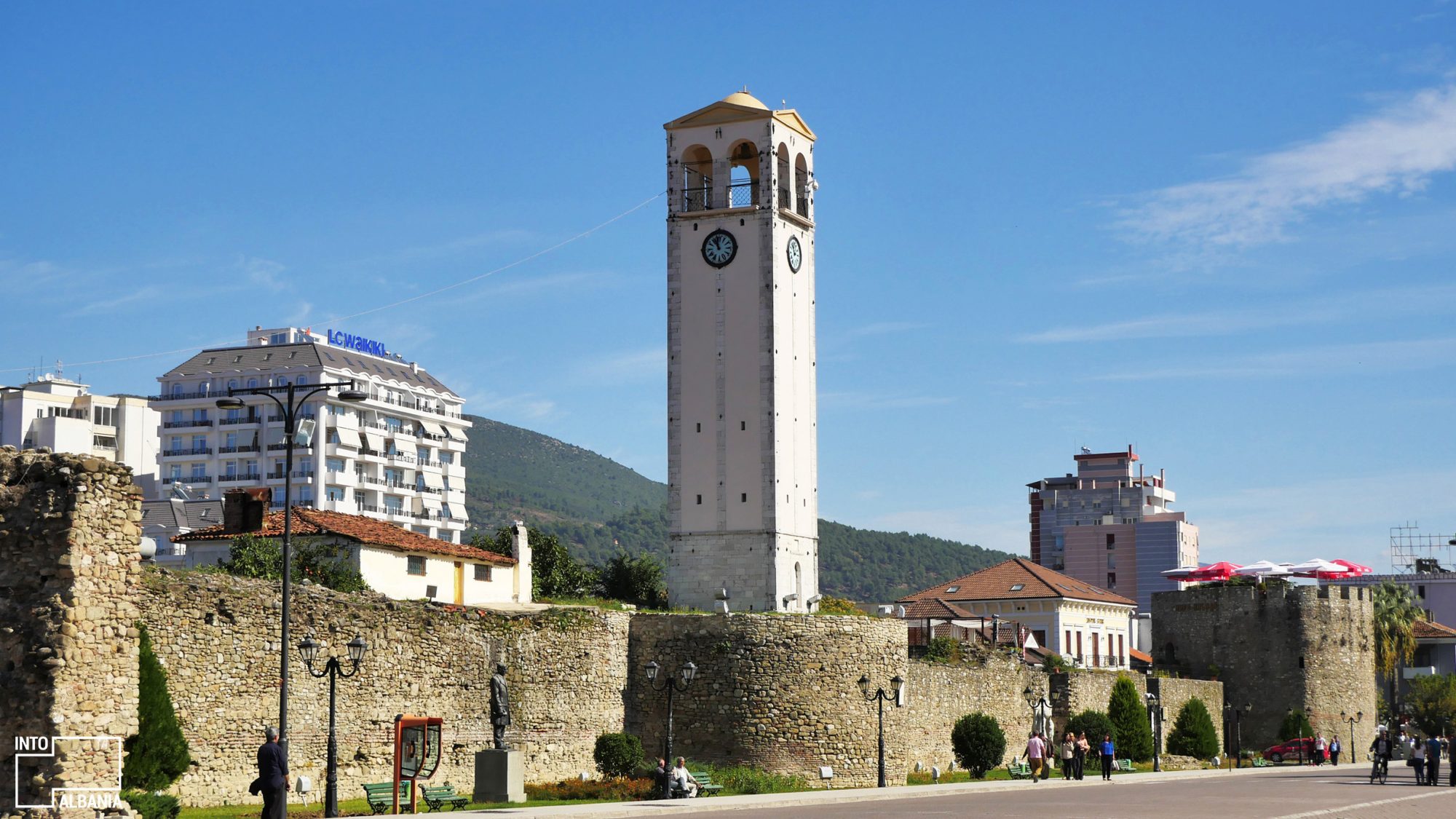 Castle of Elbasan, photo by IntoAlbania

A visit to the Castle of Gjirokastra is one among history and legends. Erected in the 5thcentury B.C., throughout history, the fortification has become a symbol of Albania’s countless battles on the road to its independence. It extends across a 1100-foot-high hillside overlooking the entire city and the surrounding mountains. Like Berat, Gjirokastra is one of UNESCO’s World Heritage Sites. 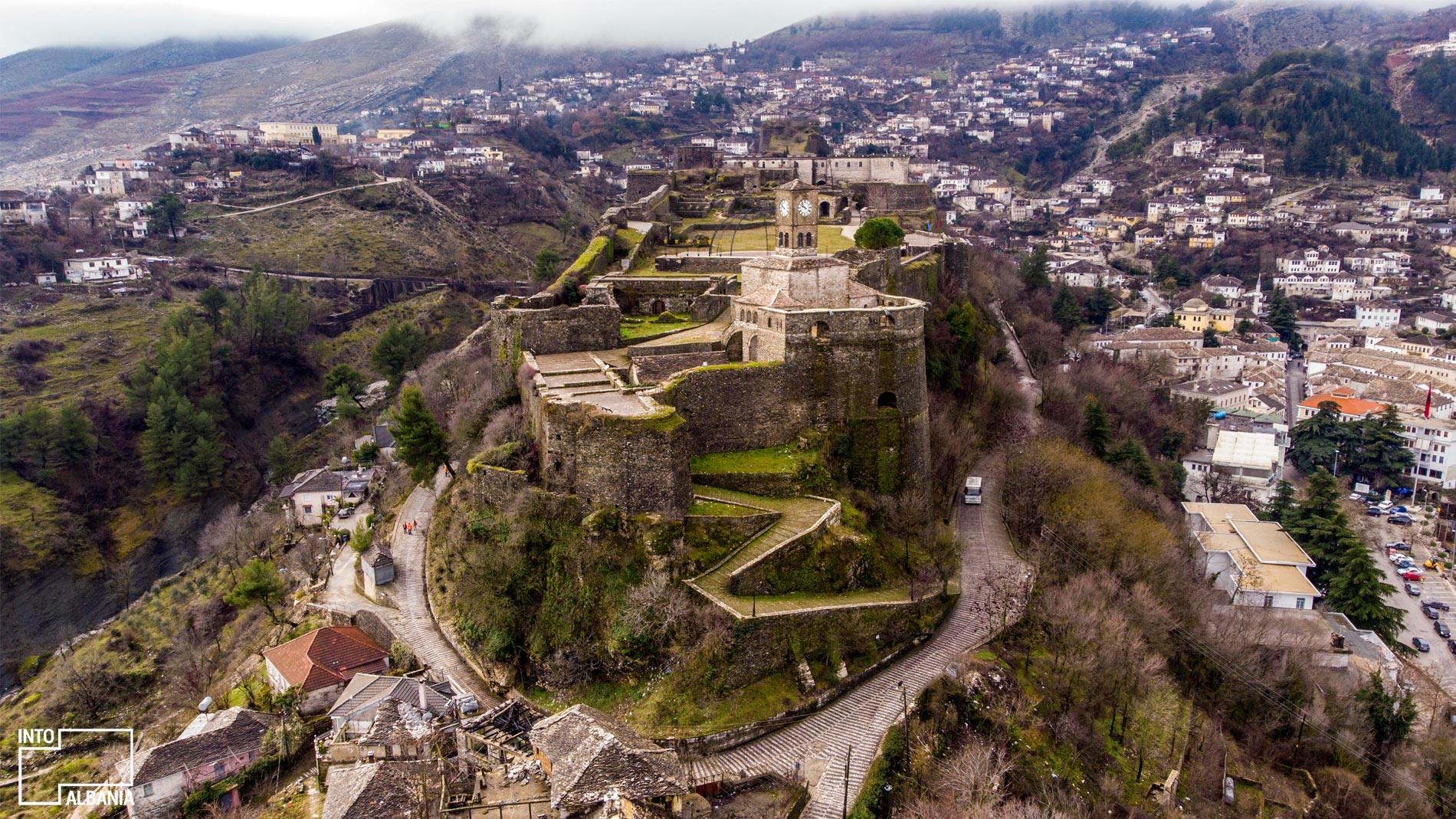 Kruja Castle has proudly stood on top of a rocky cliff, high above its city, for the last fifteen centuries. Once the center of Arbëria (Albania’s ancient name), this castle remained undefeated for thirty-five years, thanks to Gjergj Kastriot Skanderbeg, the legendary Albanian hero who defended its walls against the invading armies of the Ottoman empire. Erected as early as the 5th century, the castle now houses the National Museum “Gjergj Kastriot Skënderbeu”, the beautiful ruins of a former church, the Ethnographic Museum, and boasts a 5-century-old bazaar near its entrance. 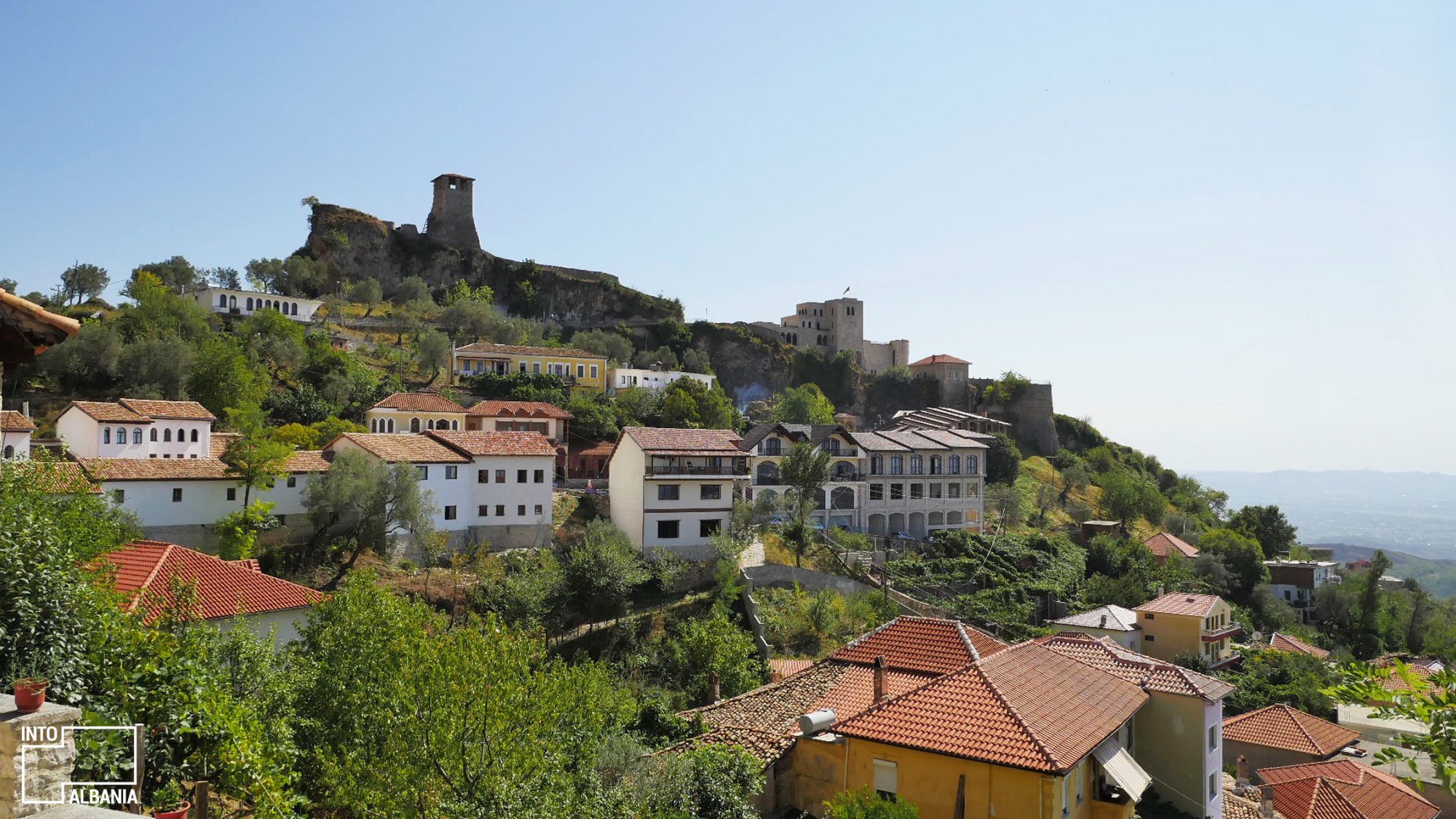 Castle view from the city of Kruja, photo by IntoAlbania

The Castle of Lezha stands a hill from which you can see beautiful sights of the Drin River, the city of Lezha and the Adriatic Sea. Traces of Illyrian, Roman, Byzantine and Ottoman architecture merge in the architecture of the stone fortress that perfectly evokes its rich history. Illyrians left their mark first, during the 3rd century, followed by the Byzantines, in the distant year of 592, with the Venetians (1440-1451) finally giving the castle the shape it still holds to this day. The last restoration dates back to 1521, at the time of the Sultan Suleiman Selim Bayezid Han, after the castle was burned by Lezha’s own citizens as a counterattack against the Ottomans, led by national hero Skanderbeg.

Near the capital, Petrela Castle, located within the village of the same name is a favorite destination among the locals. Construction of Petrela dates back to the 5thcentury but the castle was finalized during the middle ages. Locals confirm that torches burning as far away as Kruja Castle can be seen from the peak of Petrela Castle, a fortress once dominated by those who led the fight with Skanderberg against the Ottomans. Now, the castle boasts a restaurant and café, both of which are true to Petrela’s traditional style! 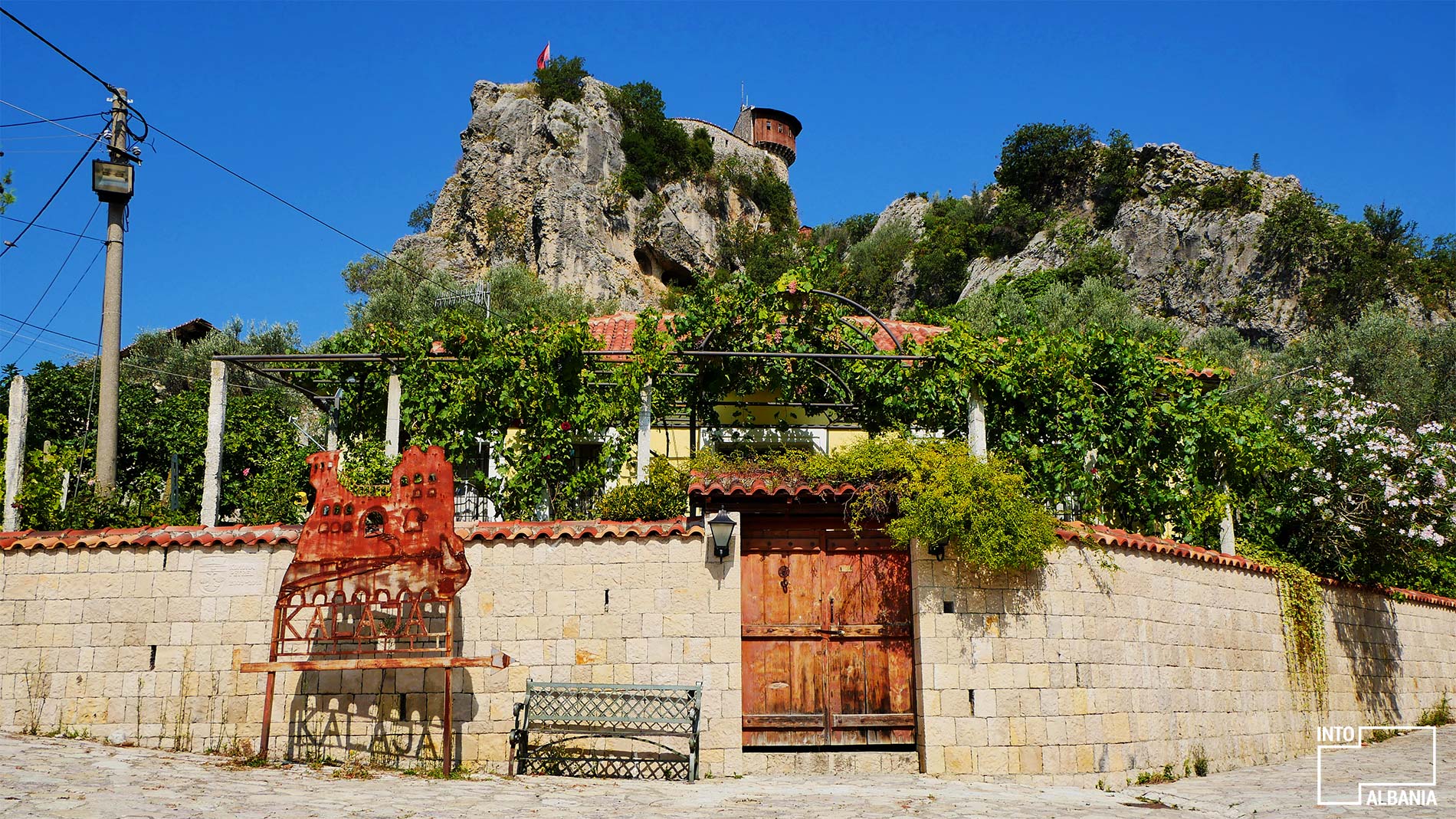 Built during Antiquity by the Illyrians and surviving the rule of the Roman and Ottoman empires, Rozafa Castle, in the historical city of Shkodra, has witnessed the entirety of Albania’s fascinating history.  Situated on a high cliff, flanked by the rivers Drin and Buna, and expansive mountain ranges, the Castle of Shkodra offers a truly spectacular view. The fortification’s more popular name, Rozafa Castle, derives from the famous Albanian legend, Rozafat, the sacrificial young mother whose sculpture graces the castle’s main entrance. Within the castle’s walls, you can visit its museum and the church-mosque, among other sites. 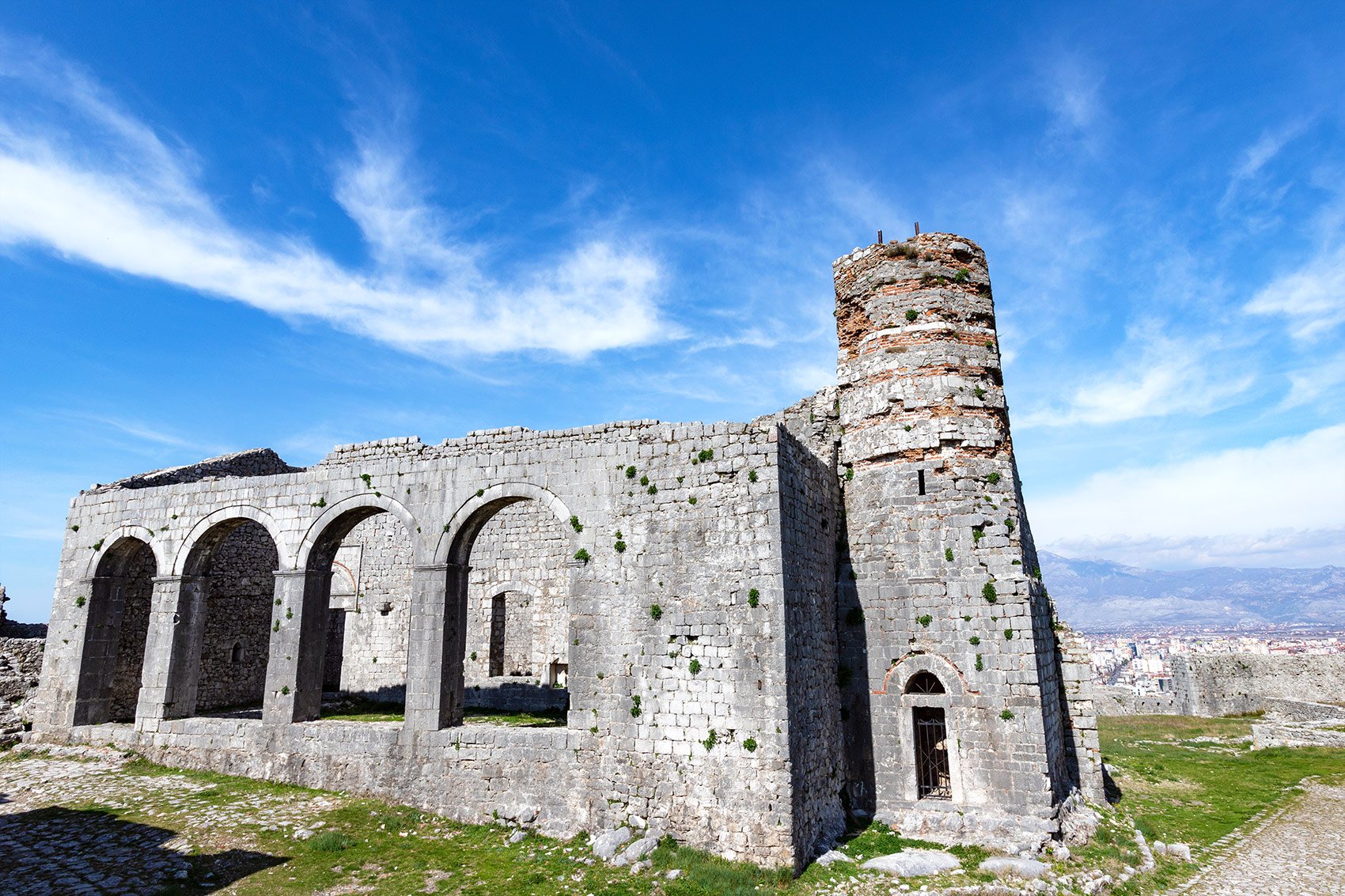 If you visit the gorgeous Ionian coast in the summer, reserve some time for its castles, full of majestic panoramas and history. There’s Himara Castle, the ruins of which testify to the uninterrupted presence of local Illyrian-Albanian residents for more than 3500 years. Kanina fortress, which evolved as an inhabited fortified center during the Hellenistic period, from the 4th century to the 2nd century B.C. Porto Palermo Castle, the crown jewel of the Albanian Riviera, one of the 15 Undiscovered European Destinations to visit according to the Huffington Post. Borsh, Lëkursi, and Vivari are the other three picturesque castles of the Riviera worth visiting! 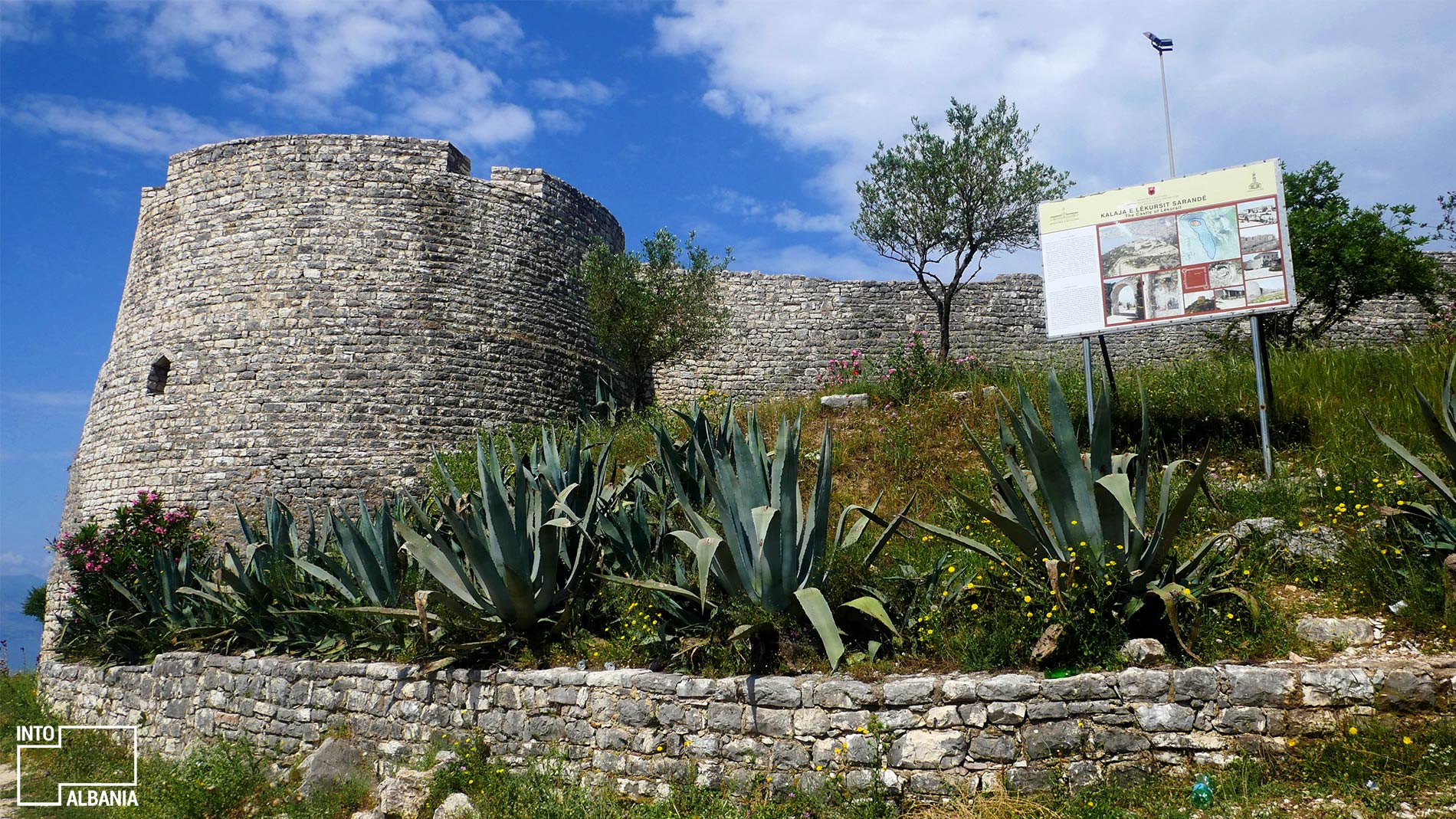 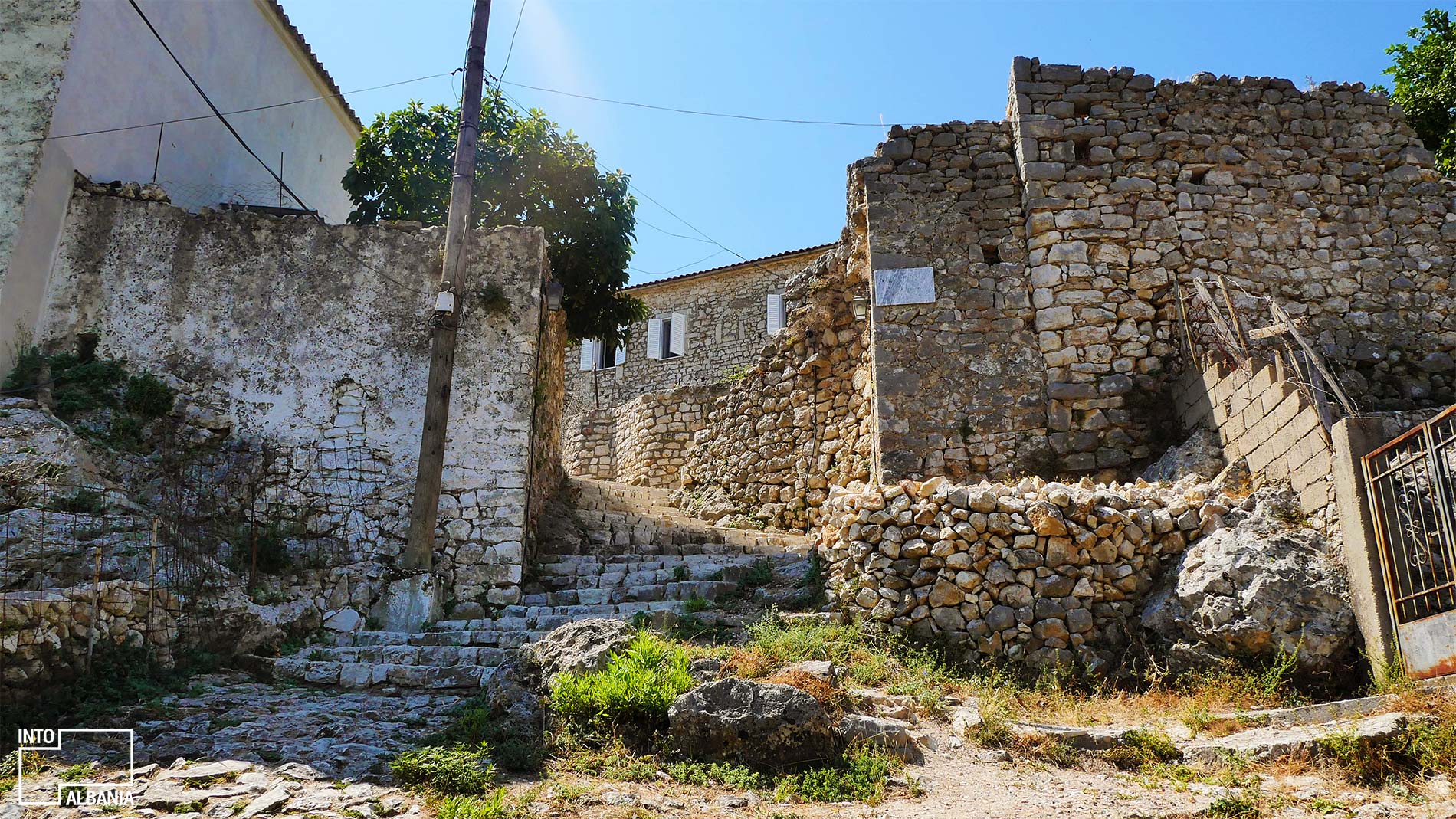 Last but not least, we have the remnants of the 300-year-old Castle of Tirana, younger than most other castles in the country and much less grandiose, this castle is nonetheless charming in its own way. Located right in the center of the city, it is one of the main attractors to the popular main promenade of the capital. Now, the castle’s ruins host a public space with traditional and modern shops, a small bazaar of boutiques and artisanal shops. 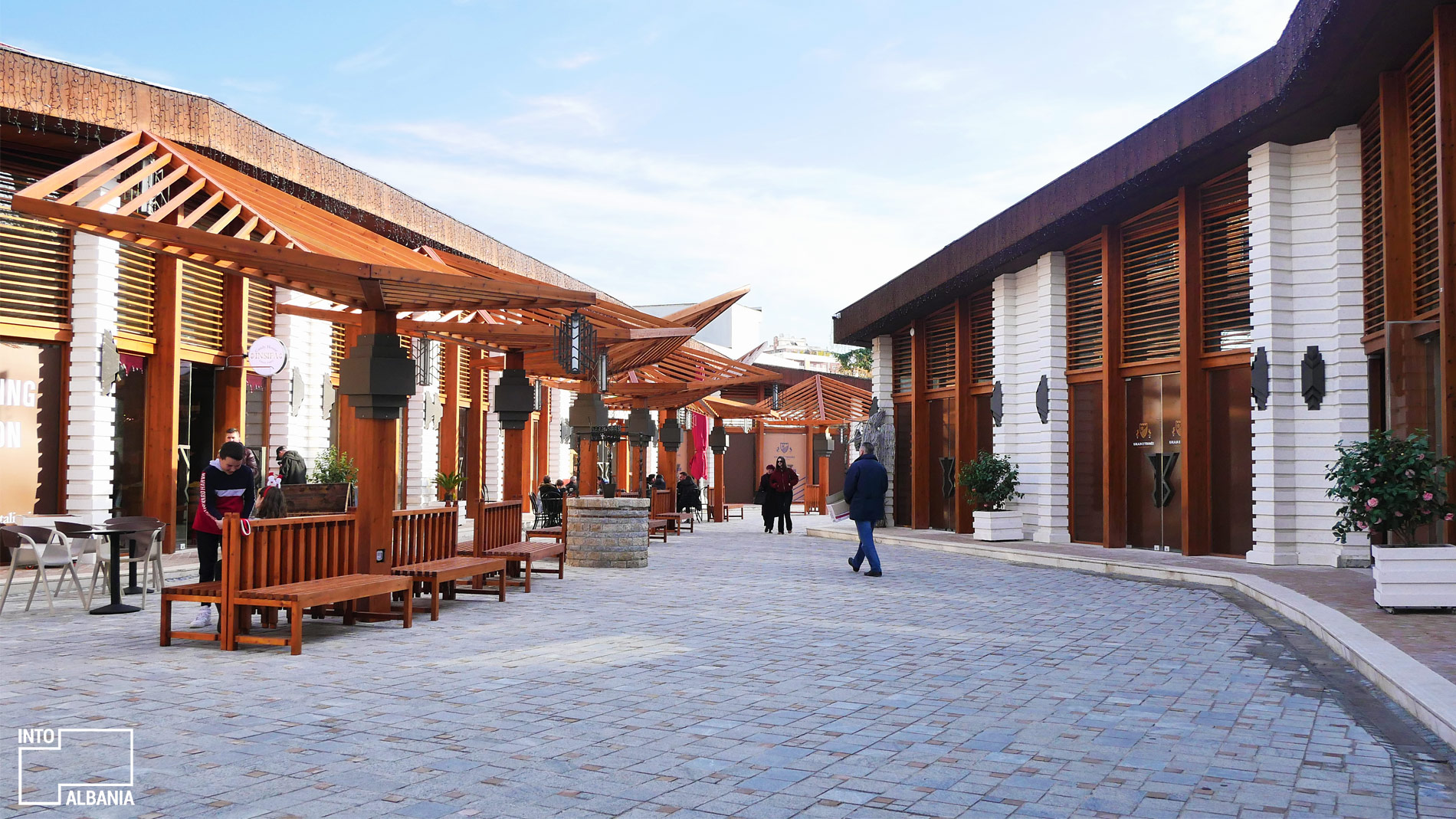