Ancient Acropolis Near the Ionian Coast

The Illyrian city of Amantia is nowadays one of the largest archaeological parks in the country and a testimony to the rich ancient history of the Ionian coast. What makes this particular park unique is its semblance of being not entirely discovered. The visit here is truly singular as it puts the visitor in the shoes of an archaeologist. Surrounded by hills and far removed from contemporary architecture or billboards, the park can be found by following the Perlat Rexhepi Road, off of the Flag’s Square (Sheshi i Flamurit) in Vlora.

Amantia was founded during the 5th century B.C. on its own acropolis, at 613 meters above sea level. Indeed, one of the most fascinating aspects of the ancient city are the buildings and fortifications erected on quite difficult mountainous terrain. The main and most striking elements of the park are the ruins of the ancient stadium built from stone blocks around the 3rd century B.C. At 12,50 meters wide, with 17 rows, and a central stage shaped like a horse’s shoe, the stadium could accommodate approximately 4,000 spectators. Another great discovery in Amantia is a relief of the God of Fertility, dating to the 3rd century BC, currently located in the archaeological section of the National Museum of History. You can find many other objects from Amantia at the Archaeological Museum in Tirana. 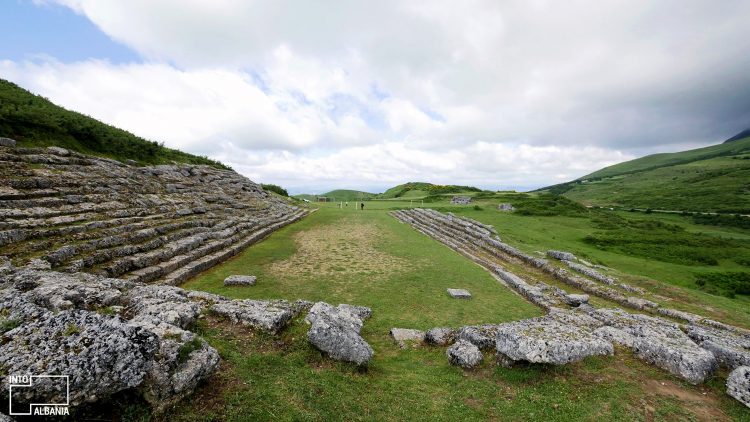 The fall of the city

A glorious city in Antiquity, during the Roman Empire the city of Amantia began losing its position when it was bypassed by Via Egnatia. However, it remained an important center until the end of the 6th century AD, the estimated date of its abandonment. The surroundings of this monumental complex include many other captivating archaeological ruins, most likely shelters of the ancient city’s inhabitants. The trip takes approximately an hour and a half. 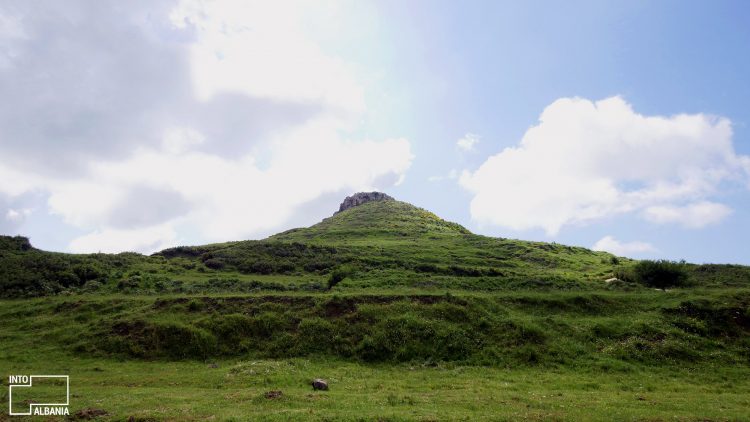 The hill at Amantia, photo by IntoAlbania. 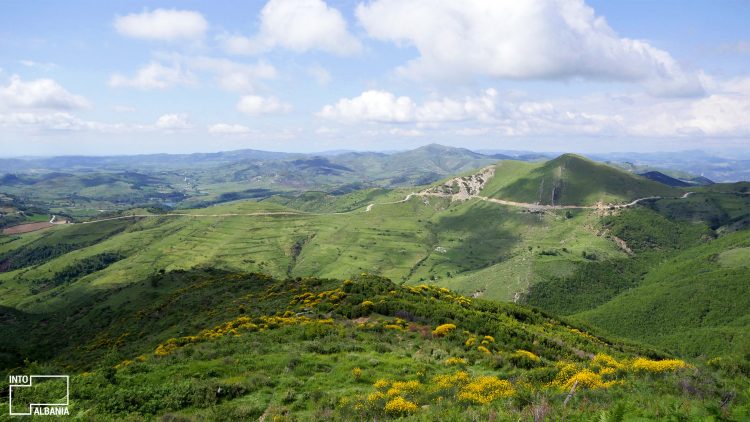 Nature around Amantia. Photo by IntoAlbania.

Please note: Before visiting the archaeological park, we suggest you contact the number below to reserve a tour guide: +355699550086. For more information, click here.