Pogradec and Lake Ohrid - Into Albania

THE CITY OF ARTISTS AND THE ENDLESS LAKE

Pogradec is a tranquil, historical, and cultural city. It’s the perfect destination for romantic souls, having inspired generations of artists with its surrounding natural beauty.

Some cities are undeniably special. As soon as you take your first steps in them, inhale the first breath of fresh air, the first smell of a nearby body of water, and the first sight of its beauty, you know that these places must have inspired great poetry! Pogradec, the city of artists, resting on the shores of Lake Ohrid, is certainly one of these. It’s an ideal place for the romantic soul, who seeks and relishes nature’s peace and tranquillity.

One of Albania’s most revered national poets, Lasgush Poradeci, sang odes to Lake Ohrid in many of his works: “Upon the road of autumn’s forest, sleeps the endless lake”. Similar to the famous Romantics, Wordsworth, Byron, and Keats, Poradeci’s verse was inspired and sustained by the great natural beauty that surrounded him. He never left Pogradec, and in turn, Pogradec never left him.

The city of Pogradec lies on the western shore of Lake Ohrid, which is the heart and soul of this city. Poradeci was not the only one who recognised the value of this beautiful lake. In 1980, UNESCO proclaimed it a Natural Heritage Site, and from 2019 the Albanian part was inscribed in the list as well. Ohrid is the deepest (285m) lake in the Balkans, and is split between Macedonia (in Ohrid and Struga), and Albania. It took around 4 million years for this lake to form its present shape, from the moment the soil began to shift on the western side of the Dinaric Alps. Now, it is a veritable, picture-perfect swan lake, as well as an ecosystem that includes over 200 species – making it a real national treasure.

With an enviable and quite extraordinary three hundred sunny days per year, and warm climate, Pogradec is a prime destination for thousands of Albanian and foreign tourists. While there’s a multitude of fine gastronomic traditions, the world-famous delicacy in Pogradec is a golden-skinned, salmon-coloured fish called Koran (also known as the Ohrid trout), found only in Lake Ohrid. Any waiter in the area will be proud to tell you the famous story, of how Koran even travelled to Buckingham Palace at the request of Queen Elizabeth II, who became such a fan of this unique fish that she had it imported to her residence!

Let us not forget that the Albanian trifecta includes not only natural beauty and delicious foods, but a rich history as well. The Castle of Pogradec is not to be missed, as its ruins retain the six-thousand year history of the city, and the Illyrian tribes of the Encheleans and Dassareti who established it. Near the city, the popular destinations of Drilon, Tushemisht, and Lin, reserve even more natural beauty, delicious foods, and historical and cultural surprises.

As you walk along the beautiful parks along the lake, under the stars of a magical Pogradec night, the artist in you will be awakened, as it was with similarly-inspired poets:

Veiled in darkness, ‘neath the mountain

while one by one the stars all brighten

in beauty and a gentle pace.

Museum of the First Albanian School 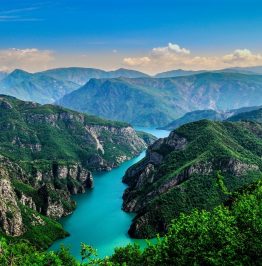 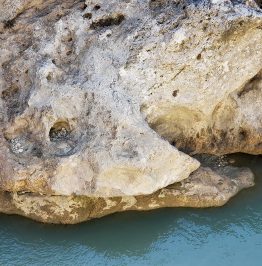 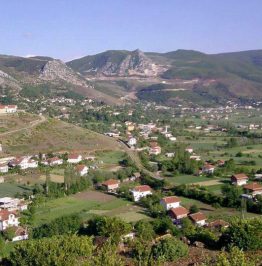