Museum of the Bank of Albania - Into Albania

Situated at the heart of Skanderbeg Square, the Museum of the Bank of Albania is one of the most fascinating and modern spaces to visit in the entire country.

Taking out monies from our wallets and using them as a means of exchange may be one of the most naturally recurring events of our lives. This is precisely why, one should stop and dedicate some time and attention to learning about the history of money, a phenomenon that has a different story in each country. To discover the long journey taken by Lek, the present-day Albanian currency, you should visit the Museum of the Bank of Albania.

The museum is conceptualized as a journey through time, wherein, with each step, you learn about the coins of antiquity, those of the middle ages and the communist era as well as the history of current coins and banknotes. The journey nicely unravels the historical and numismatic value of Albanian currency throughout history. Naturally, the story behind the creation of the bank as well as of the building itself, a landmark of Skanderbeg Square, is included. 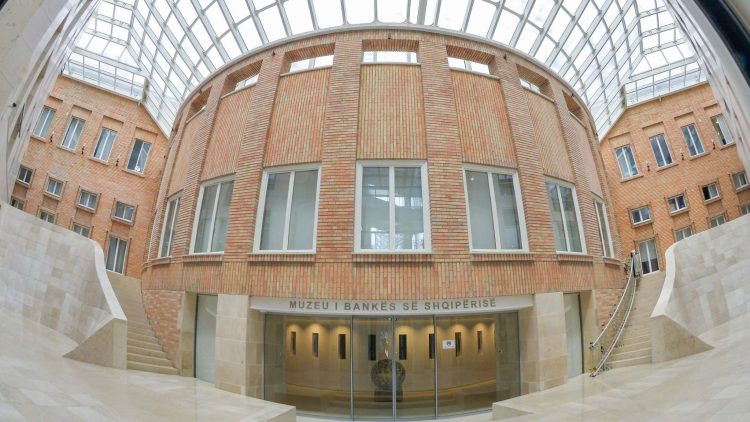 Inaugurated on October 30th of 2015, on the 77th anniversary of the construction of the original National Bank building, the museum is an extraordinarily contemporary space and a pleasure to walk through. A dual-language audio-guide (Albanian and English), interactive galleries, touch-screen monitors, 3D projections and more, make the entire experience truly educational, thus fulfilling one of the principal aims of the museum in offering a real didactic function for its visitors. And indeed, when visitors step out of this space, they will have newfound knowledge and a changed perspective on money.

History of the coins

Our journey begins with the Treasury (or Hoard) of Torovica, where we encounter several of the 124 axes from the 10th century B.C., discovered in the Torovica region of Lezha. These axes testify to the country’s pre-monetary period, when all exchange was founded on the value of metal. This particular treasury includes giant axes of the Albanian-Dalmatian type, as well as smaller axes of lower value. 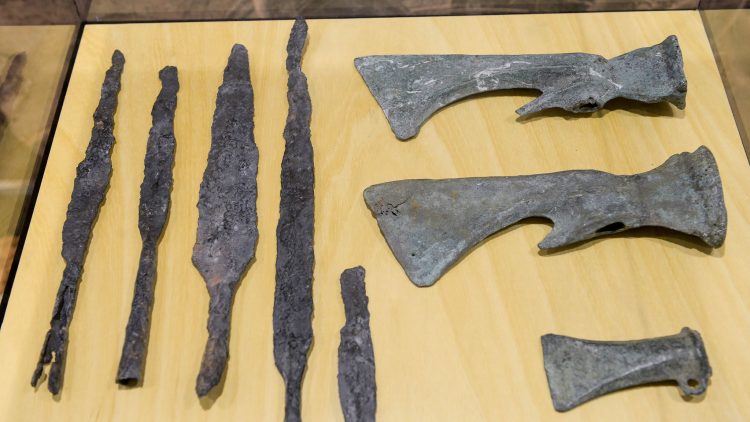 Torovica Treasure. Photo by the Museum of the Bank of Albania.

Particularly beautiful is the gallery dedicated to the collection of coins from the period between the 5th century B.C. and the 20th century. The oldest of all coins exposed here is a 5th century stater (ancient coin of the region) from the island of Aegina. 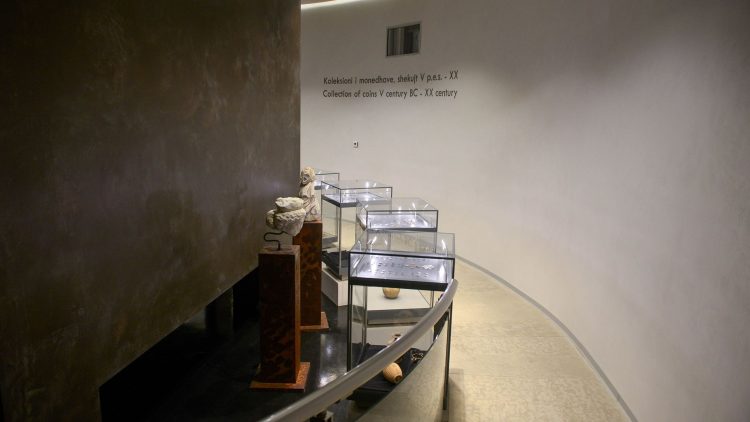 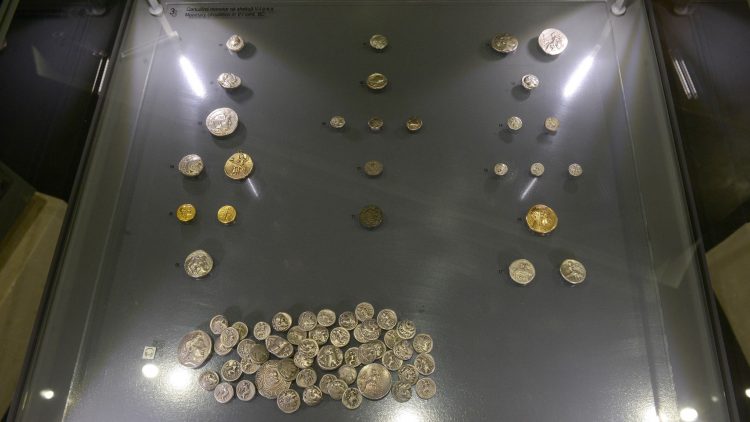 In this same collection, we also see the very first coin to be cut by an Illyrian king, a silver stater issued during the time of King Monunius (3rd century B.C.), as well as coins from the periods of Illyrian King Gentius, Alexander the Great, and Philip II of Macedon, among other fascinating historical finds.

From the ancient staters, we journey on to the coins of the Byzantine period  such as gold solidus, histamenon and dinar varieties. What is immediately noticeable is the evolution in the shapes of the coins, which become increasingly concave in order to preserve their rigidity, as well as their design, no longer displaying the emperors in profile but in a frontal portrait. 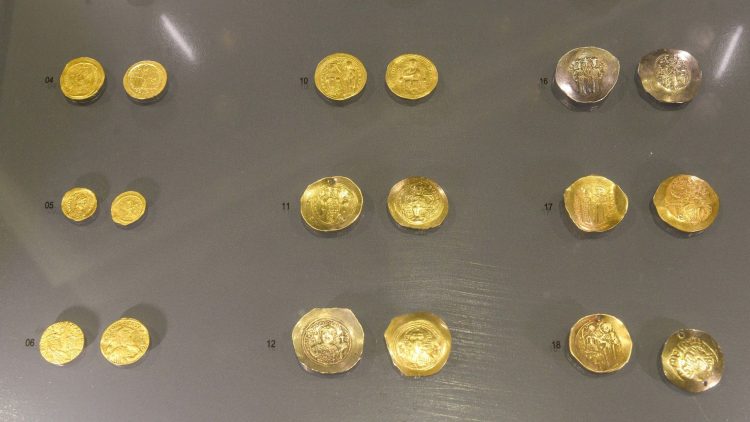 The collection goes on to include coins from the 5-century-long Ottoman Empire period in the country, specifically from the 15th to the 20th century. In contrast to former coins, images of human beings were no longer allowed to grace the surfaces of coins as, in the Islam religion, only God could be thusly admired and honored. The human image and presence on the coins is instead replaced by the inscription and seal of the Sultan. 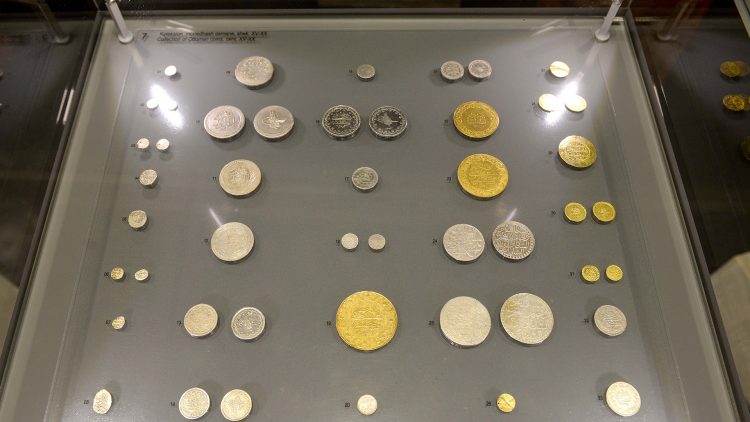 One of the most fascinating spaces of the museum is the Treasury, which had this specific function during the period between 1938 and 2010. Here, guests uncover all the security measures with which this room was equipped for the duration of more than 70 years. 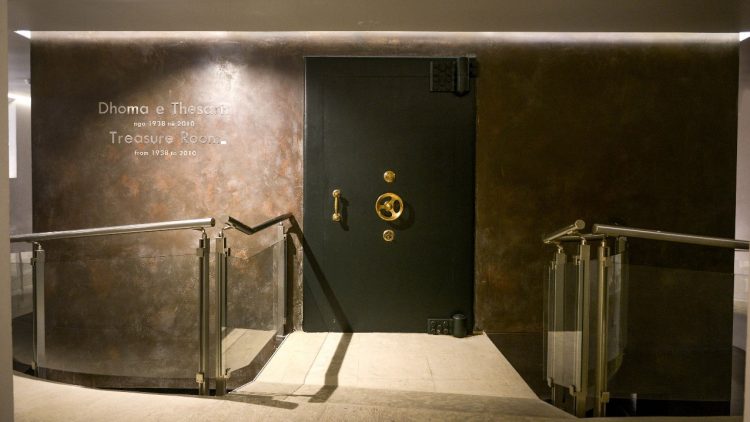 Treasury Room. Photo by the Museum of the Bank of Albania.

Inside the Treasury, you will also find a map of Albania with gold coins issued by the National Bank from 1926 to 2012. It is worth mentioning here that coins issued after 1939 are solely commemorative. 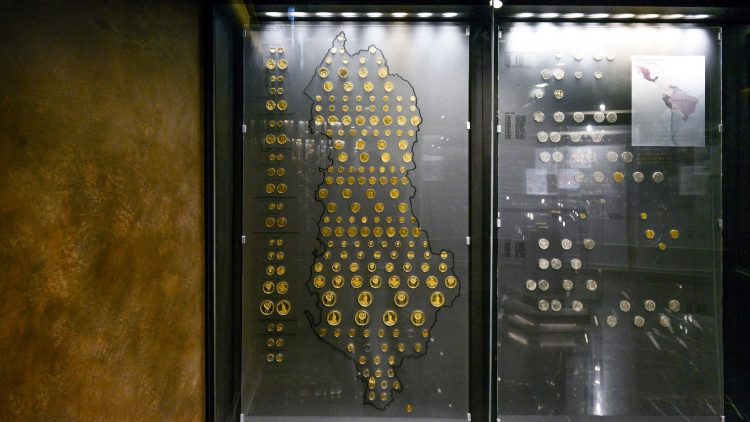 Inside the Treasury Room. Photo by the Museum of the Bank of Albania.

The museum recounts the entire history of Albanian banknotes, acquainting the visitor with the banknotes used by Albanians throughout the 20th century. A significant number of visitors spend a considerable amount of time looking through the banknotes belonging to the communist period and learning about their production process. 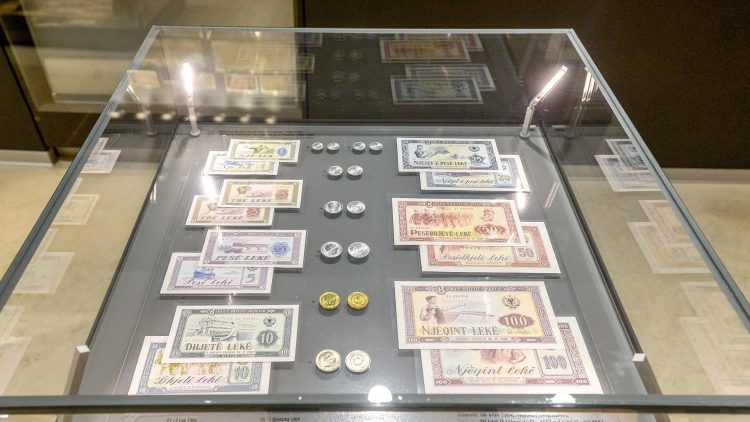 On a glass wall, one can see memorial coins issued during the recent decades, the most famous of which is the series released to commemorate the 500th death anniversary of Gjergj Kastriot Skanderbeg, the Albanian national hero.

More of the exhibit

The National Bank building was designed, in the Rationalist architectural style, by the Italian architect Vittorio Morpurgo. As its purpose was the housing of an important institution, the building is characterized by strong lines in its façade as well as large and imposing interiors. The bank’s old reception room – now part of the museum – is known as the rotunda because of its round shape.

The lighting, dome, and colored glass mosaic make this one of the most impressive spaces in the entire museum. The mosaic is 8 meters tall and it displays, in a chronological and symbolic manner, different stages of work in the history of human development. This artwork was created by Giulio Rosso, who endowed his creation with a touch of Art Nouveau. The mosaic depicts scenes from life, work, and peace, which are all images and concepts that perfectly suit the building and its purpose. 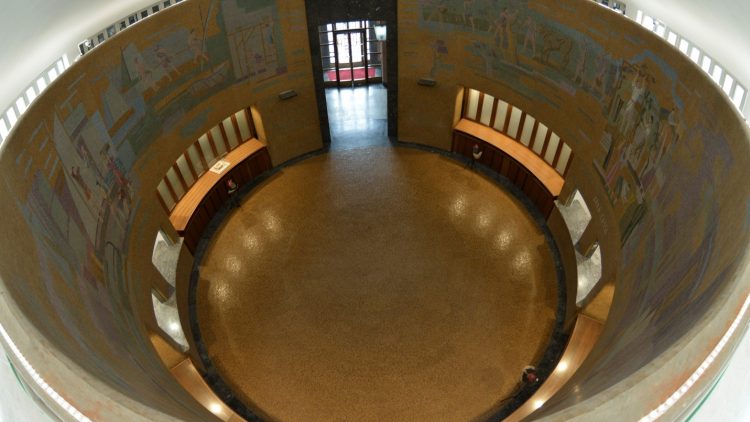 The Rotonda by Vittorio Morpurgo. Photo by the Museum of the Bank of Albania.

Its advanced technology makes the museum attractive and suitable for all age groups. There are several rooms meant for teaching small children, in a natural way, about basic concepts regarding money. 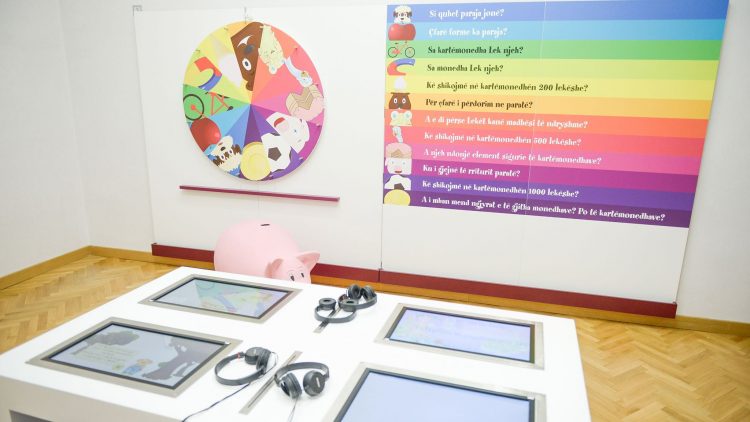 In addition, several rooms are provided for students who can simultaneously learn and have fun through different interactive games. The museum also offers a space for film projection. Here, interested visitors can watch any of the economy-related movies and documentaries found in the bank’s archive. 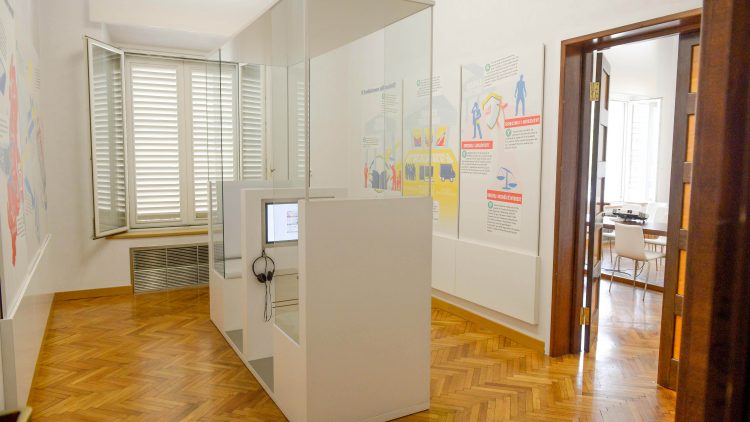 What you should know before visiting

Visiting the Museum of the Bank of Albania requires the presentation of any document of identification. The museum is open on Tuesdays, Wednesdays and Thursdays, from 9 AM until 3 PM. For group visits, reservations are required.

Tuesdays, Wednesdays and Thursdays 9 AM until 3 PM