One of the grandest in the Balkans, the Cathedral of Shkodra has had an extraordinary story of survival.

The Cathedral of St. Stephen, the patron saint of the city of Shkodra, is also known as the Great Church. Once upon a time, the cathedral was located within the walls of the Rozafa Castle. In 1478, the Ottoman invasion of the fortified city saw the church transformed into a mosque. Hundreds of years later, in 1852, the city’s catholic community officially requested the Sultan to rebuild the cathedral in Shkodra. After seven years, in April of 1858, the construction of the cathedral began. 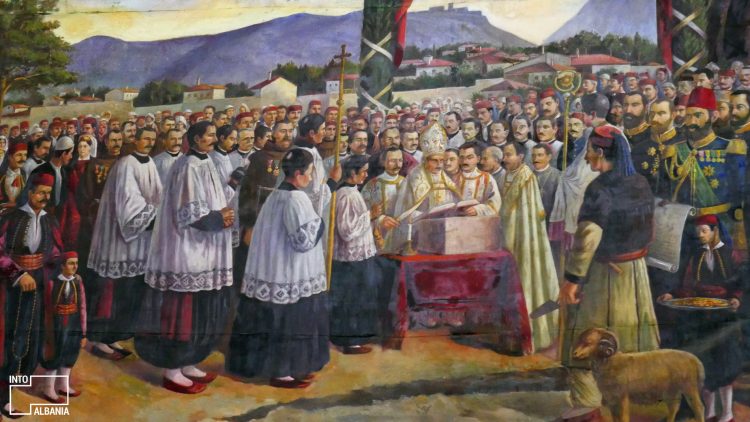 Painting depicting the official request for the cathedral’s construction in 1852. Photo by IntoAlbania.

The Great Church is at the heart center of the city, near the promenade, one of the most popular areas of town. The main structure is beautiful, exhibiting a striking resemblance to that of the Notre Dame Cathedral in Paris. Old photographs of the church show the beautiful frescoes adorning its interior, all pained by the famed local artist, Kol Idromeno. In 1967, during the Communist period, the cathedral became the Palace of Sports. This, coincidentally, helped preserve the structure! When the system collapsed, the city’s Catholic community reclaimed the cathedral. 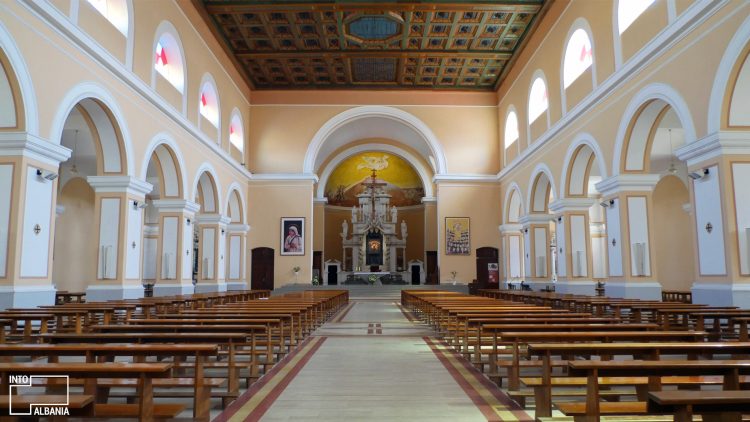 Interior of the cathedral. Photo by IntoAlbania. 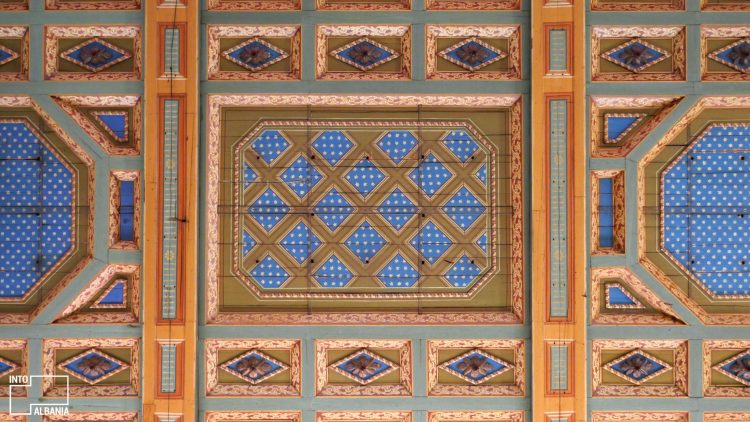 The structure survived the destructions caused by the Balkan Wars, countless earthquakes and the Communist dictatorship in Albania. Legend has it that the list of those who contributed to the construction of the cathedral included several catholic families, Pope Pius IX, the Sultan at the time, and even the Austrian Emperor Franz Joseph I. The cathedral, one of the largest in the Balkan region, was blessed by his Holiness Pope John Paul II in 1993. 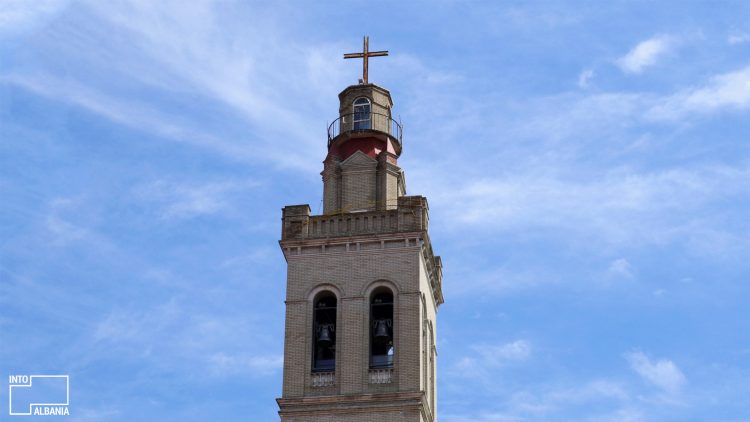 The bell tower. Photo by IntoAlbania.

Shkodra has the largest number of martyred clergy who humbly gave their lives for the freedom of religion. The dictatorship saw many parishioners and senior clergymen tortured and barbarously killed. Honored by the Vatican for protecting Christianity, a mass held at the Cathedral commemorates them each year. 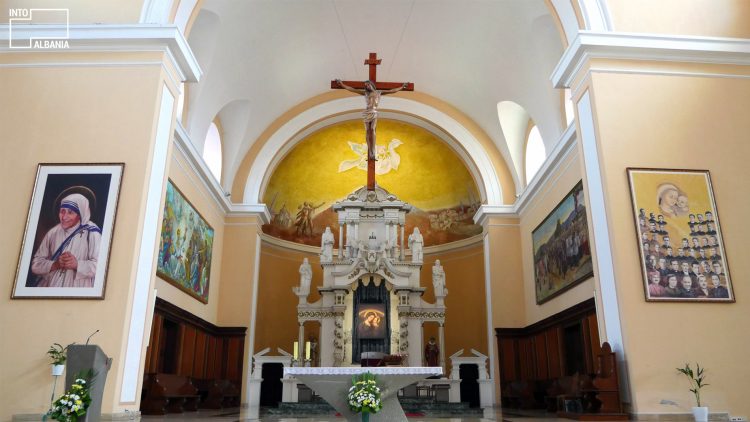 The altar of the cathedral. Photo by IntoAlbania.

You will find the Diocesan Museum Shkodër-Pult, the only one in the country dedicated to religion, right by the cathedral, only a few steps away from it. The same knowledgeable guide of the Cathedral will help you go through the museum and learn about religion in the country and its history. Carefully curated sections of the exhibition include written testimonies, church objects, photos and audio materials in Albanian, English, Italian, Spanish, German, French, Polish, and Croatian. These elements do a wonderful job of drawing the visitor into the fascinating history of Catholicism in the country.