Wonderous Përmet: Top Destinations in and around the City - Into Albania

Otherwise known as the city of roses, Përmet amazes with its rich culture, delectable culinary tradition and spectacular landscapes. Below, IntoAlbania has selected the must-see destinations around this generous region.

Located near Përmet, the Bënja thermal pools are one of the most popular draws to the area. You will find two of the largest and most popular baths at the foot of Katiu (Judge’s) Bridge. These are known for being particularly beneficial for curing gastric and rheumatic diseases. Highly recommended by doctors for their health benefits, the pools are great in summer and winter. The crystal-clear waters contain a high content of sulphur so keep in mind that a 20-25 minute dip in the pool suffices during the day. More time immersed in these waters can be unhealthy. 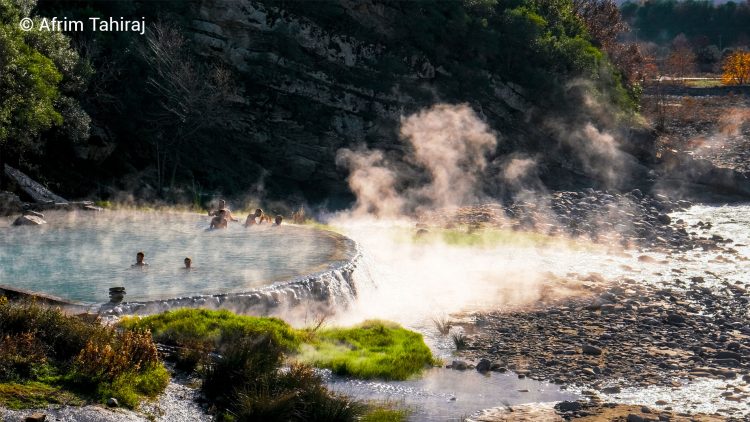 Also located in Fir of Hotova National Park, you will find Lengarica Canyon. This absolute must-see in Përmet stretches across a length of 4 – 5 km, with a height of up to 150m. The journey begins at the 19th century Katiu Bridge, located 8 km from Përmet, and includes the chance to spot several caves along the way. The most impressive is Pigeons’ Cave, but there are plenty of other majestic finds along the way. This spectacular journey includes ancient rock formations with the Lengarica River flowing through them, the same river that is responsible for those curative Bënja thermal waters. 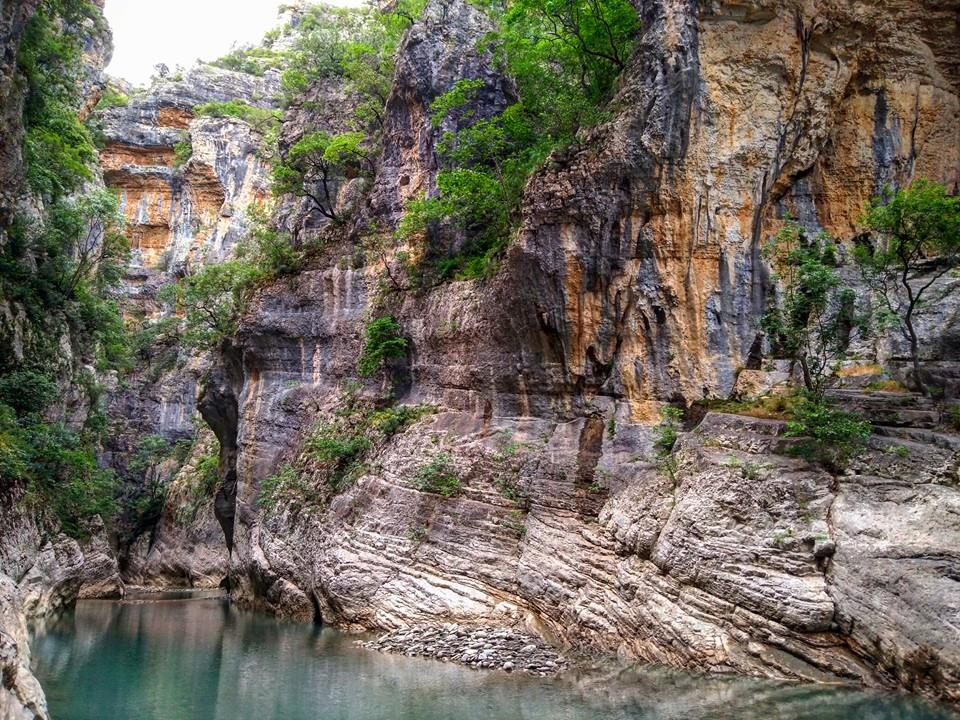 This recently-restored basilica-type church, built in the end of the 18th century, is another wonderful destination around the city. Positioned only 3 km away from Përmet, the church is beautifully decorated in murals and an iconostasis. The murals date back to 1812 while the carved iconostasis bears the date 1817. The latter’s artistic value is especially high because they are carved in walnut wood. Another unique element of the church is that it is entirely constructed with local stone slabs.

Përmet is so rich in culture and tradition that selecting what to visit becomes challenging. Having said that, we also recommend that you visit the characteristic stone villages around Përmet. You will be amazed not only by the hospitality, but by the culture and tradition that has been fanatically preserved. The pleasant houses are mostly made of stone, have two floors, and are positioned in the midst of spectacular nature. Take a tour in the villages of Kosovë, Bënjë, Leusë, Buhal, and Ogdunan. Built by Baba Ali in 1857, the tekke still bears his name and is located on top of Alipostivan Hill. With a spectacular view, all of the Vjosa valley can be seen from this spot. A typical tekke construction with the intertwining white and green make this place not only rich in spiritual values, but also one with rare cultural values, inherently informative regarding the construction and history of the tekke, the devotional place of the Bektashi order. 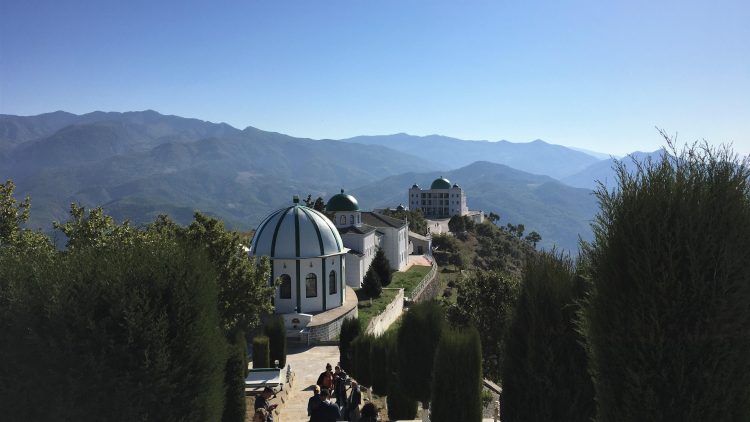 The Rock of the City

Considered the symbol of the city, this rock is a sight replete with history and legend. According to local lore, the chief of the region, Premti, the place’s namesake, built a castle on the city’s rock. Presently, only the castle’s walls remain. At the end of the 4thcentury B.C., Sultan Mehmet’s army came to invade Përmet. At the time, the chieftain who had founded the city was no longer alive. His nephew, Gjergj, was in power and a daughter, Diestra, who was still nursing a baby when the Ottoman invaders asked for the keys to the fortress along with his daughter. Refusing to surrender to the enemy, Diestra grabbed the cradle and her young son and jumped from the cliff. The rock still carries marks: the toddler’s handprint or the cradle’s lines. 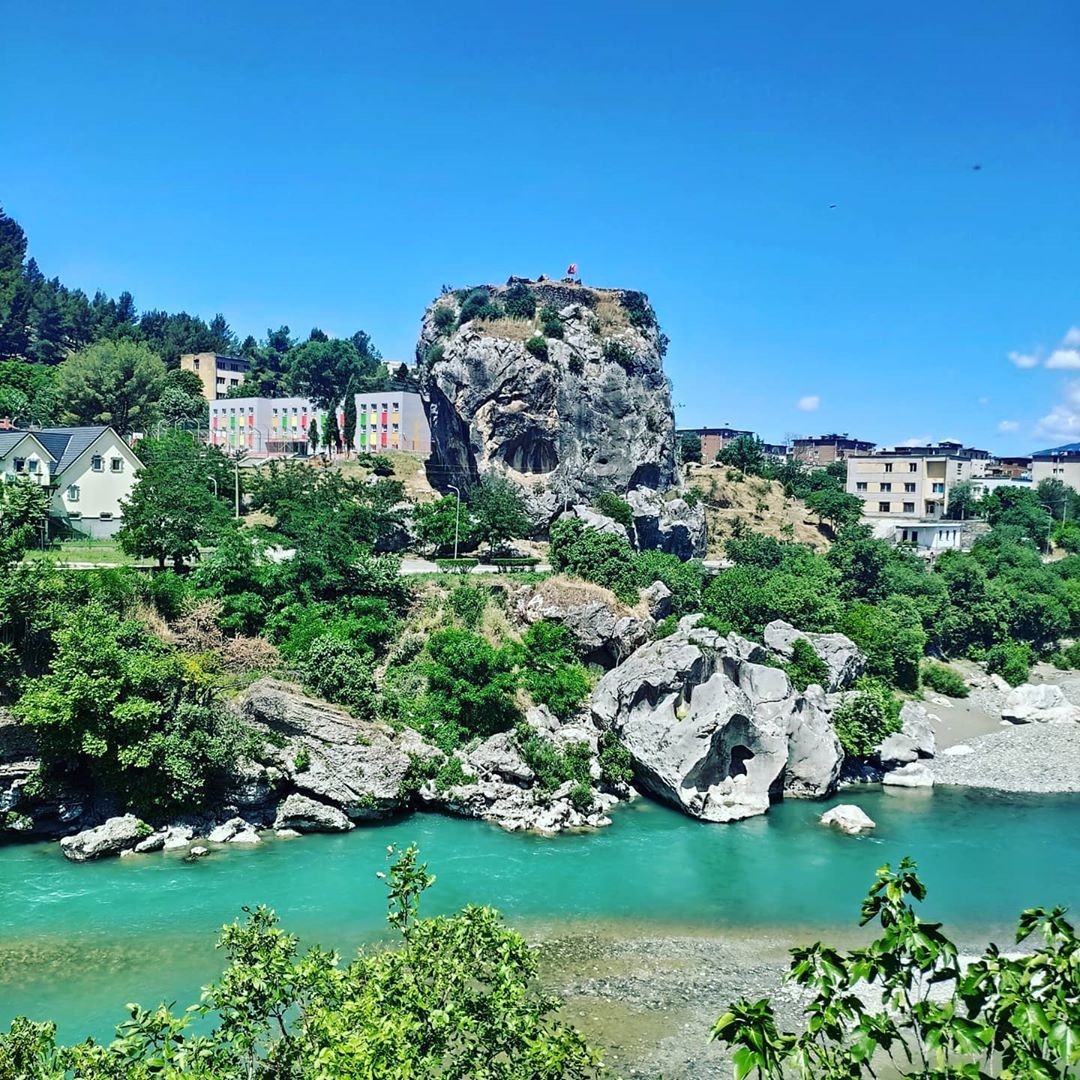 The rock of the city, Përmet, photo web library

For nature enthusiasts, the Fir of Hotova National Park is an ideal spot. Located only 35 km from the city of roses, this park is considered to be the largest one in the Balkans. Furthermore, the park is surrounded by villages with a rich history and tradition, making this spot ideal not only for enjoying nature but also cultural tourism. One village worth mentioning is certainly th­­at of Frashër, the house-museum of the famous Frashëri brothers, key Albanian figures in the national Renaissance. The tekke of Frashëri is also located in the same village. Positioned at the foot of the Nemërçkë mountain range, this waterfall is a stunning sight and one of the country’s many beautiful natural spots. Located in the village of Stërmbec, the waterfall along with its journey there will leave you speechless and the trip to the waterfall will leave you speechless. At the Sopot waterfall, everything looks postcard-perfect, as if God had painted it. The landscape exudes tranquility and fills one’s lungs with fresh air.  the adorned nature forgives the tranquility and fills it with air. 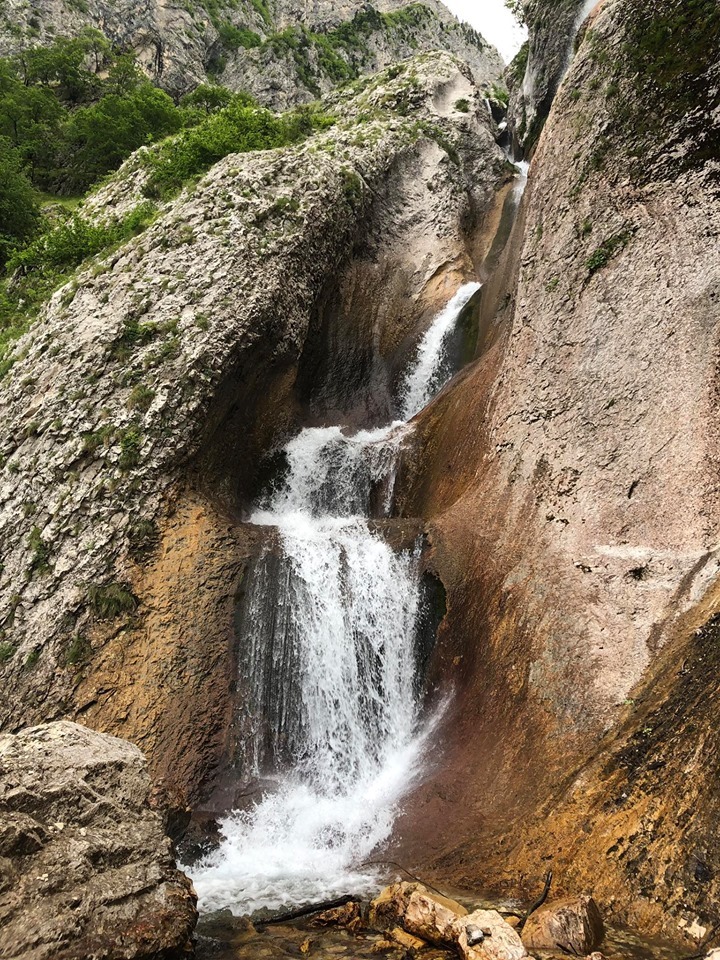 The Këlcyra Gorge is otherwise known as the paradise of a thousand springs, where the natural landscape becomes beautifully intertwined with the vegetation found along the various water sources. Considered a very special rock formation, this gorge offers a stunning view of this area. It is also the spot where the Vjosa River flows and, furthermore, the Black Water Spring, one of the most beautiful water springs in Albania, is located there. The gorge is definitely one of the must-see spots of the naturally blessed area. 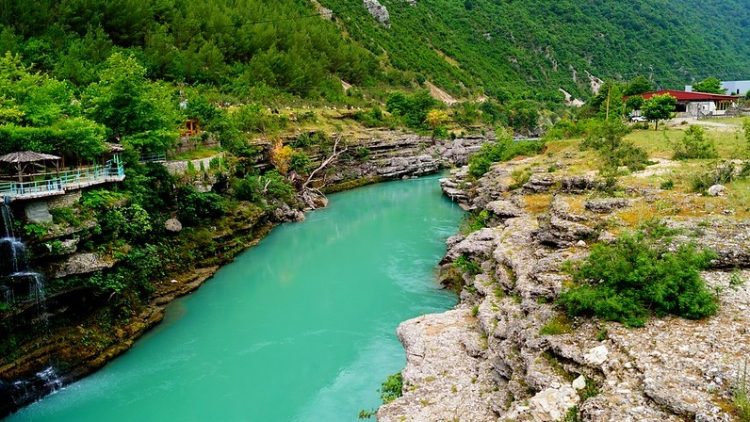