A Secluded Haven of Historical and Natural Treasures

Situated along the country’s spectacular Ionian coast, Grama Bay boasts a rich archaeological, historical and cultural life, in addition to its breathtaking beauty.

Grama Bay (Gjiri i Gramës) is one of the indisputable pearls of the Ionian coast. Here, the sea is segmented by massive rocks which quite naturally create a paradisiacal oasis. It is no coincidence that, in ancient times, this bay sheltered countless ships attempting to escape the stormy seas. Numerous Ancient Greek and Latin inscriptions on the cliffsides of the bay, place Grama in the time period preceding Christ. Phrases written in Greek or Latin have been preserved for centuries in the vertical cliffs and rocks surrounding the spectacular bay. 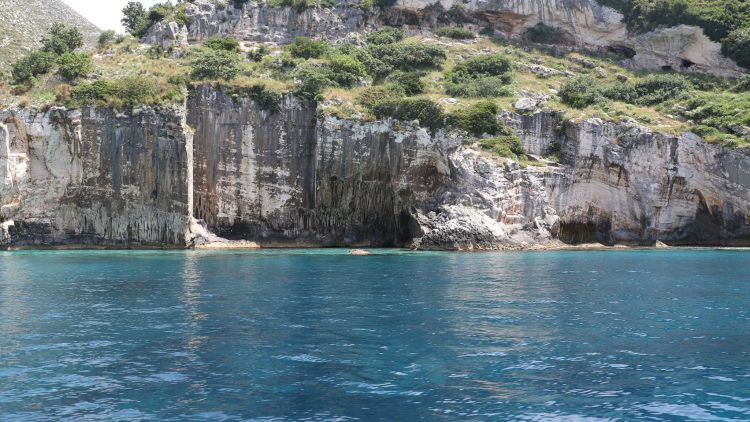 The easiest way to reach this bay is through the sea. However, there are unofficial marked hiking trails, of a certain level of difficulty, for those who would like to intimately explore the landscape. Many have been those adventurers who have walked for hours through the lush forests of the Llogara Mountains all the way to the cliffs of the Karaburun peninsula, a hike that descends dramatically into the sea. In one of these steep slopes, located in the peninsula’s western part, near the Orikum area, you will find Grama beach. In fact, the bay stretches within the Karaburun-Sazan Marine Park, one of the country’s most valued natural monuments.

There are hundreds of meters of beach at your disposal. Gorgeous deep emerald hues and coral reefs near the base of the cliff make for a breathtaking view. The bay is ideal for a short camping stay, as well. However, since the area is uninhabited and secluded, one must be prepared and bring along appropriate food, water and clothing. 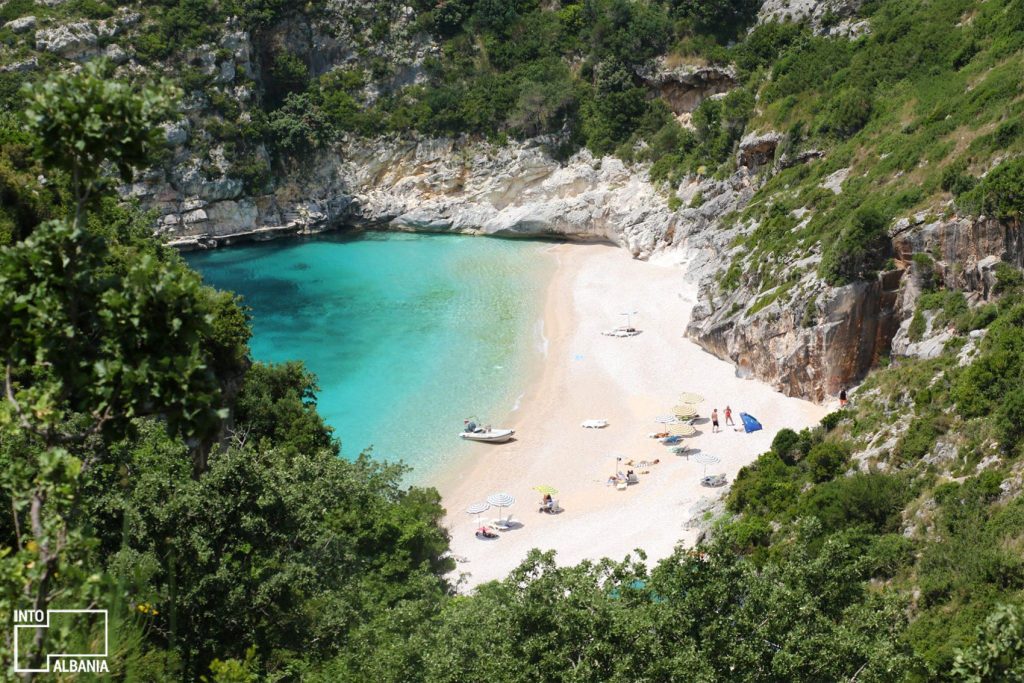 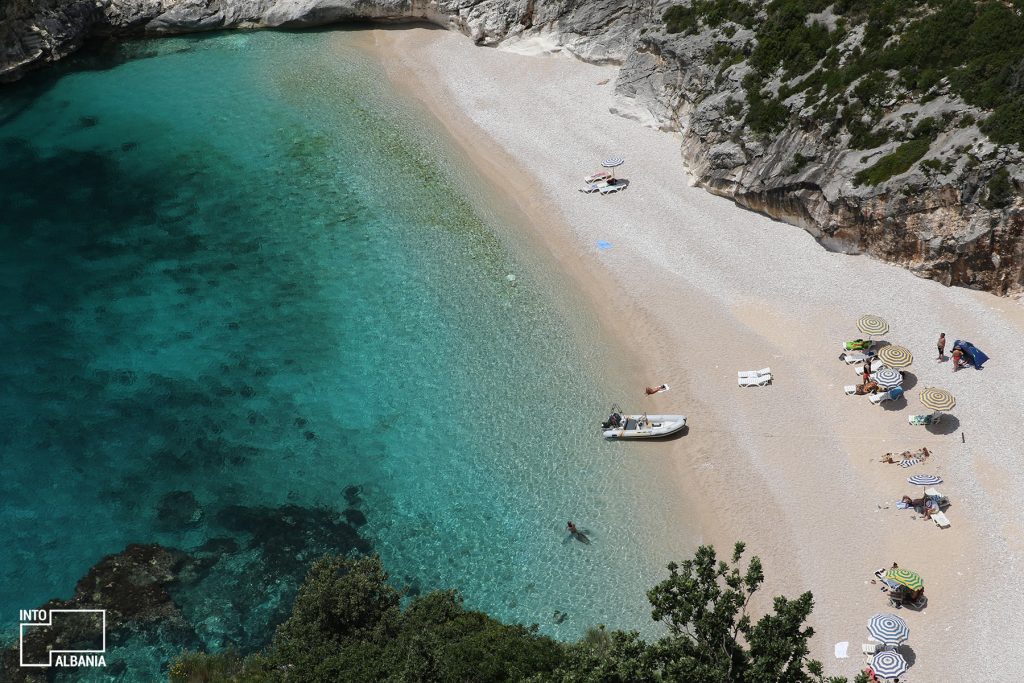 Some of the inscriptions at Grama Bay. Photo by IntoAlbania.

According to Ols Lafe, Director of the Center for the Development of Ancient and Medieval Albanian Heritage, the bay takes its name from the 1500 rock inscriptions from various historical periods, dating as far back as the 3rd century B.C all the way to the 19th century. Some very prominent names are present in these inscriptions, including that of the Byzantine Emperor John V Palaiologos. There are also Socialist-era inscriptions made by soldiers stationed there. You will find these types of inscriptions in almost every destination that was under army control before the ‘90s. In addition, there are even more recent inscriptions and some very unfortunate vandalism of a few of the ancient inscriptions. 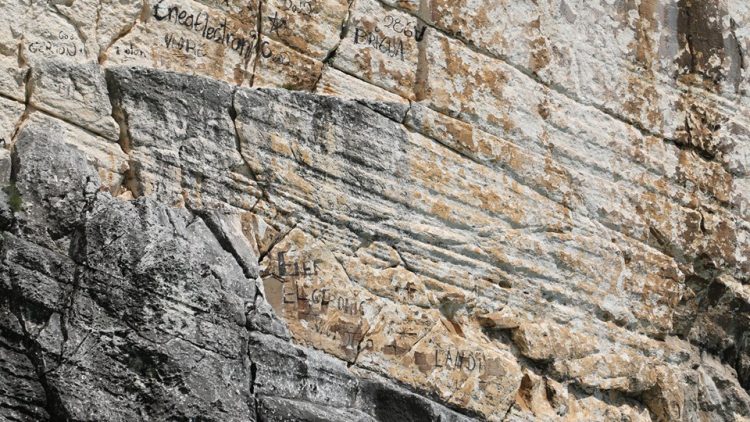 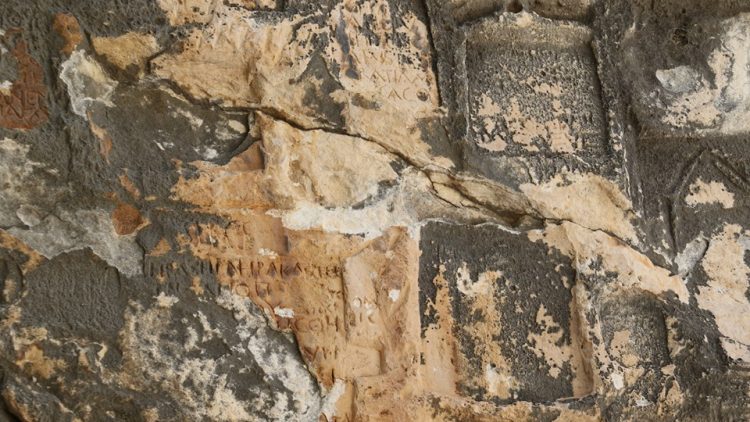 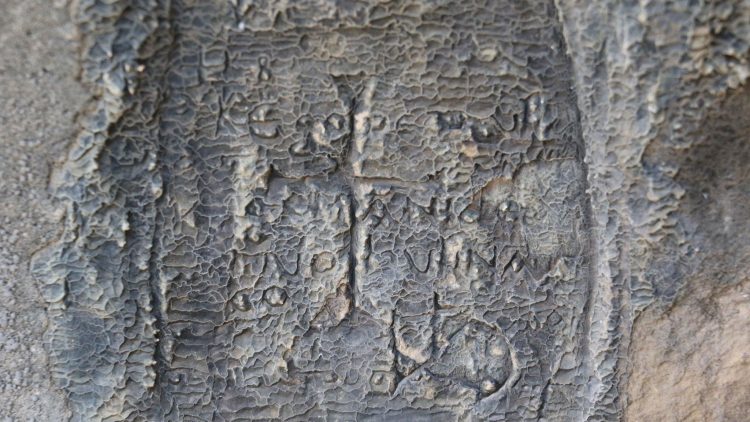 According to sea lore, Grama was a quarry from where stones that were used to construt entire Illyrian cities were extracted. As a result, it is generally thought that the rock inscriptions were left by the sailors and the quarry workers. In addition to its rich ancient history and amazing nature, Grama Bay also offers the option of cave exploration as there are plenty of gorgeous ones around here! 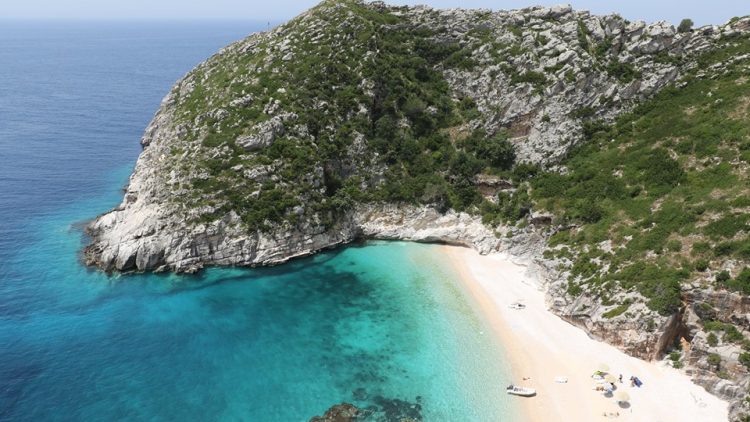 By sea from Vlora or Himara Get Directions