Presidential Palace in Tirana - Into Albania

A PROUD ARCHITECTURAL MONUMENT, IN A SEA OF GARDEN BEAUTY

The Presidential Palace of Tirana, popularly known as the Palace of Brigades, boasts unique architecture and spectacular gardens making it a must-see destination in Tirana.

The Presidential Palace is a monument of national heritage in Albania, one whose architecture is sure to leave a lasting impression on you. The surrounding royal gardens here give the entire place an atmosphere of relaxation and meditation. Entrance to the park is free of charge and you can stay for as long as you like. Visiting hours are only on weekends, from 9 AM to 4 PM in the months of October to April, and from 9 AM to 8 PM in the months of May to September.

The Presidential Palace is located opposite the hill of the National Martyrs Cemetery of Albania, along the national road that leads to Elbasan. The Palace does not look out into the main street, as it was conceived to remain hidden behind the giant cypresses surrounding it. The Palace serves as the official residence of the President of the Republic of Albania, and many important government receptions and ceremonies are also held here. 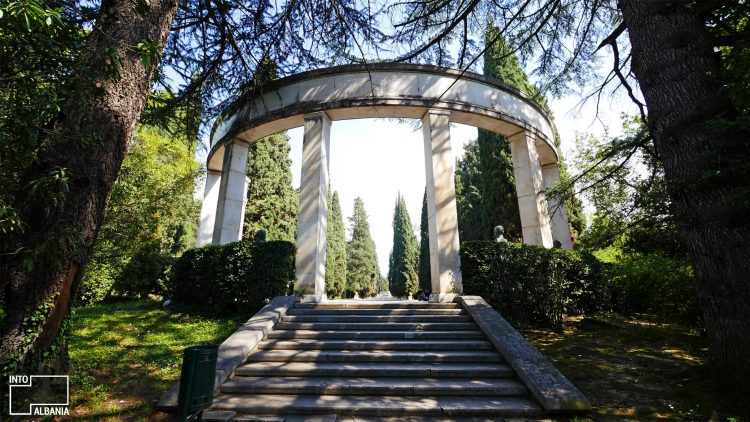 The entrance of the Presidential Palace, with the odeon of Odhise Paskali. Photo by IntoAlbania.

The palace and its beautiful garden were inaugurated in May of 1941, during the visit of the Italian King Victor Emanuel III to Albania. Its construction actually began in 1936, and the initial project was designed by the Italian architect Julio Berté. The complex, both structure and garden, were commissioned by King Zog who intended to use them as his residence. After Italy’s invasion of Albania in 1939, and King Zog’s forced exile from the country, the initial plans for the project changed. The construction was overseen by another Italian architect, Gerardino Bosio, who had different plans for it. Miraculously, the palace has succeeded in preserving its original shape throughout the tumultuous years of Albania’s history, surviving both World War II and the civil unrest of 1997. 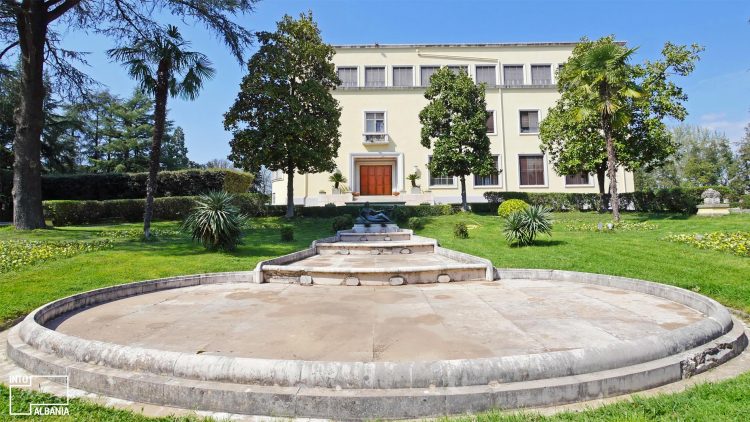 This area of 74 hectares was designed by the most famous European designers of the last century. Its most significant plantings were made between 1937-1945, giving the park the status of a natural monument. The Palace belongs to the Rationalist architectural style of the time. However, the visible geometric shapes make it a unique structure and a rare monumental object, not only within Albania. 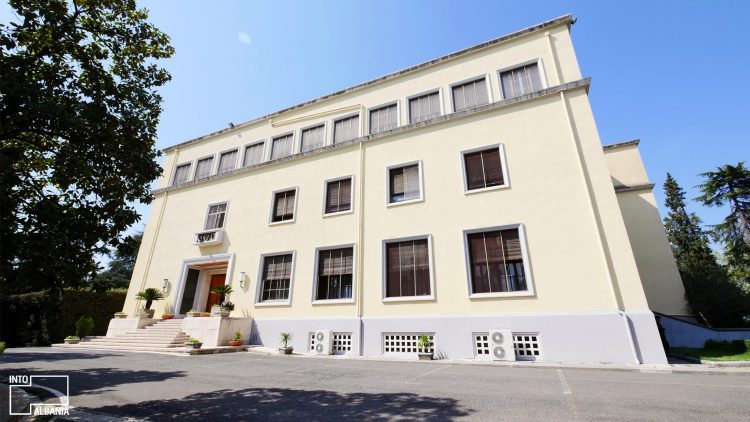 The main building of the Palace. Photo by IntoAlbania.

Part of the palace is also the church built for the Queen Geraldine. 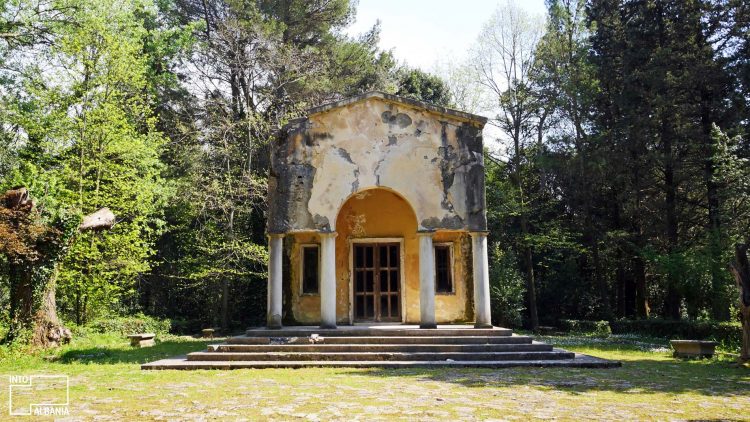 A small church built for Queen Geraldine, photo by IntoAlbania. 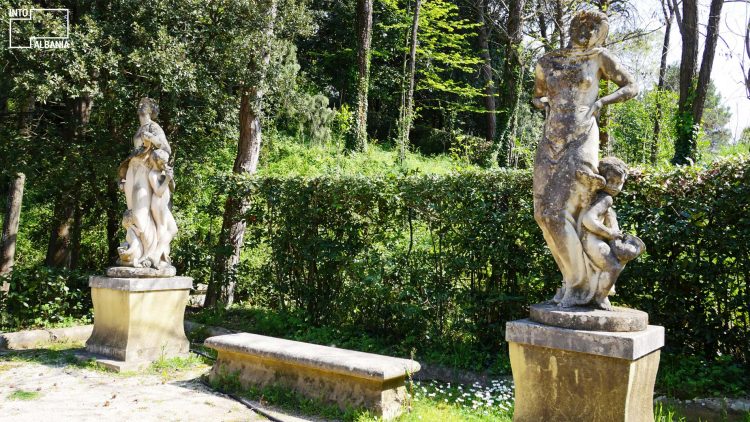 The statues are part of the sculpture group called “The allegory of music”, by Antonio Maraini.

The Royal Gardens of the Palace are perhaps the most beautiful part of the entire complex. They include a chapel, an odeon, several fountains, wonderful bronze statues, small greenhouses, decorative vegetation, and the asphalt paths which guide you through this truly memorable space. Near the Odeon, you will find several busts of prominent Albanian patriots, as well. While strolling around and admiring the garden’s beauty, we suggest that you take a break and relax on the small meadows or benches located along the main promenade of the complex. 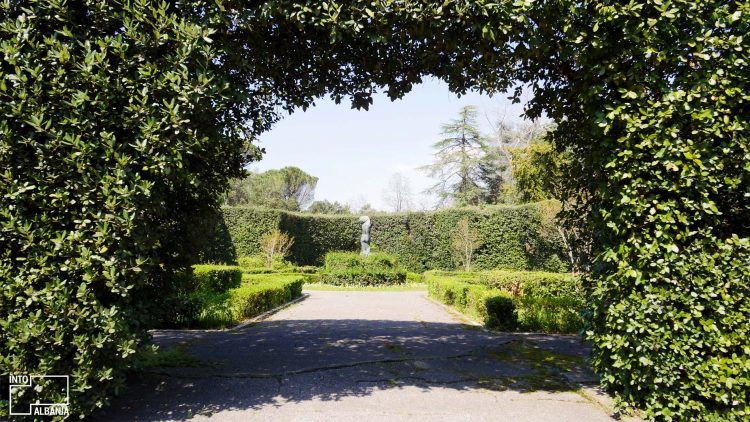 The gardens of the Palace. Photo by IntoAlbania. 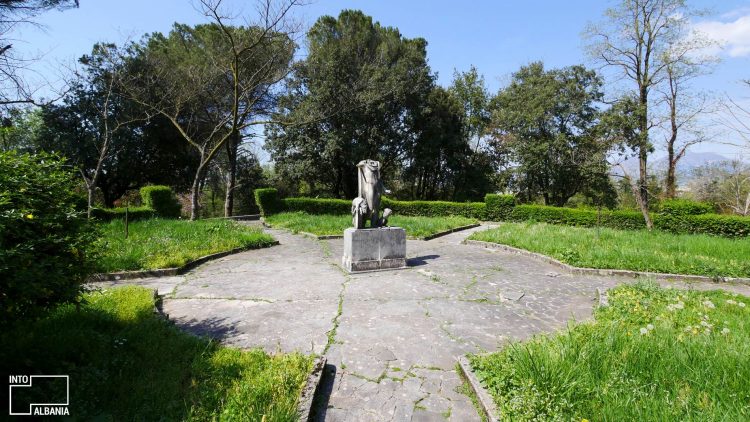 From 1990, the palace has served as a residence for some of the Presidents of the Republic.